Boris Johnson's New Cabinet: No Masks, No Vents, and Side by Side

Boris Johnson's new cabinet met this Friday in Downing Street without masks and in a room with closed windows and no ventilation, contrary to the ... 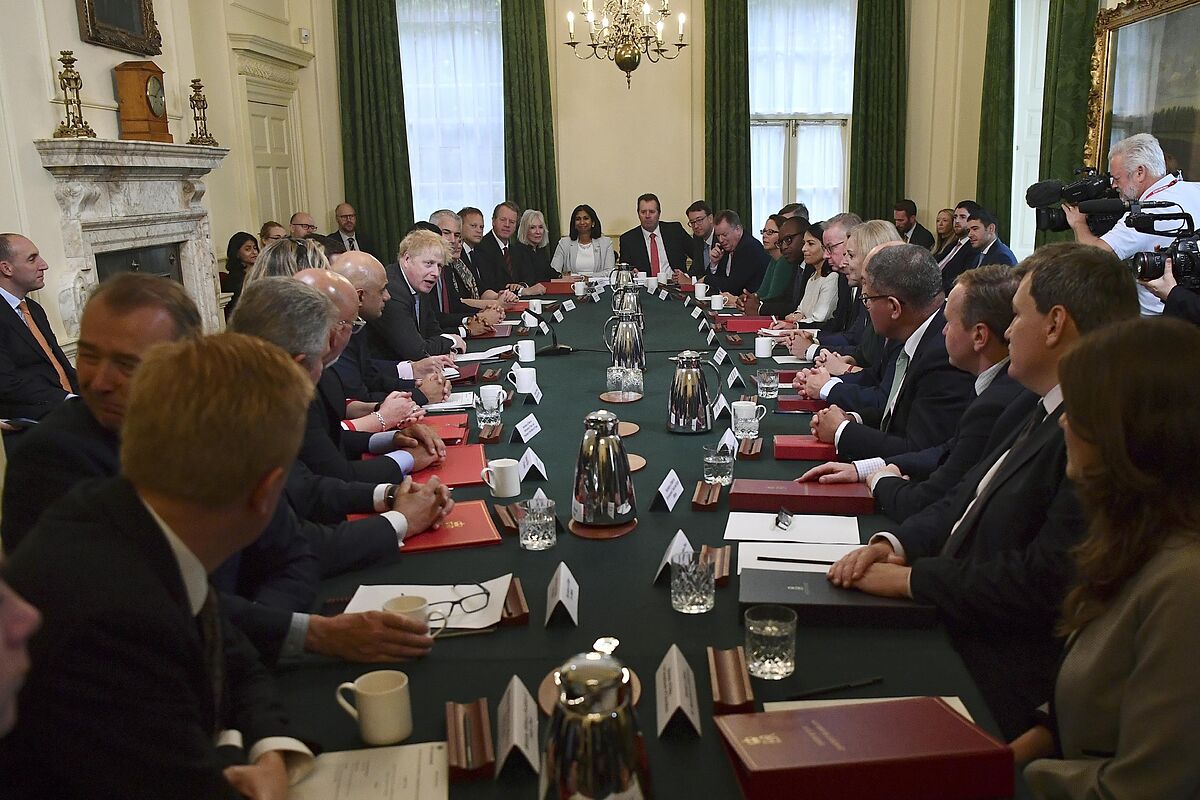 Boris Johnson's new cabinet met this Friday in Downing Street without masks and in a room with closed windows and without ventilation,

contrary to the general advice

of the government's own

to continue wearing masks in closed and crowded places (although its use is not mandatory).

Up to thirty people,

side by side, participated in the meeting, as can be seen in the official photo that has prompted complaints from the Labor opposition about Boris Johnson's unwillingness to abide by his own rules.

In a jovial tone, the "premier" dispatched with the old and new ministers and compared the meeting to "the halftime talk" of football coaches. "Now we are going to go out into the field with the knowledge that everything we

will do together and as a team,"

warned Johnson, who also joked about the birth of his second child with Carrie, scheduled for the end of the year: "All Deliveries normally require the superhuman effort of a single person ... But there are other people in the delivery room who are absolutely essential to celebrating it successfully. "

Faced with the downward spiral in the polls, surpassed for the first time since January by the Labor Party in the polls, the Conservative leader this week passed the ax through his own cabinet with the expulsion of three ministers, the "devaluation" of Dominic Raab as incumbent. Justice (and Deputy Prime Minister) and the arrival at the Foreign Office of

the second woman to hold the post in the history of the United Kingdom.

cancellation of the traffic light system

for visitors to the UK, highly unpopular with British tourists, forced to spend extra money on PCRs on their return.

United KingdomThe love of Londoners in times of confinement