Arthur Brand, art detective: "The art market is about money, not beauty"

Arthur Brand. Deventer (Netherlands), 1969, Art Detective. In the book Hitler's Horses (Espasa) he tells how he found the sculptures that accompanied the Führer in his ... 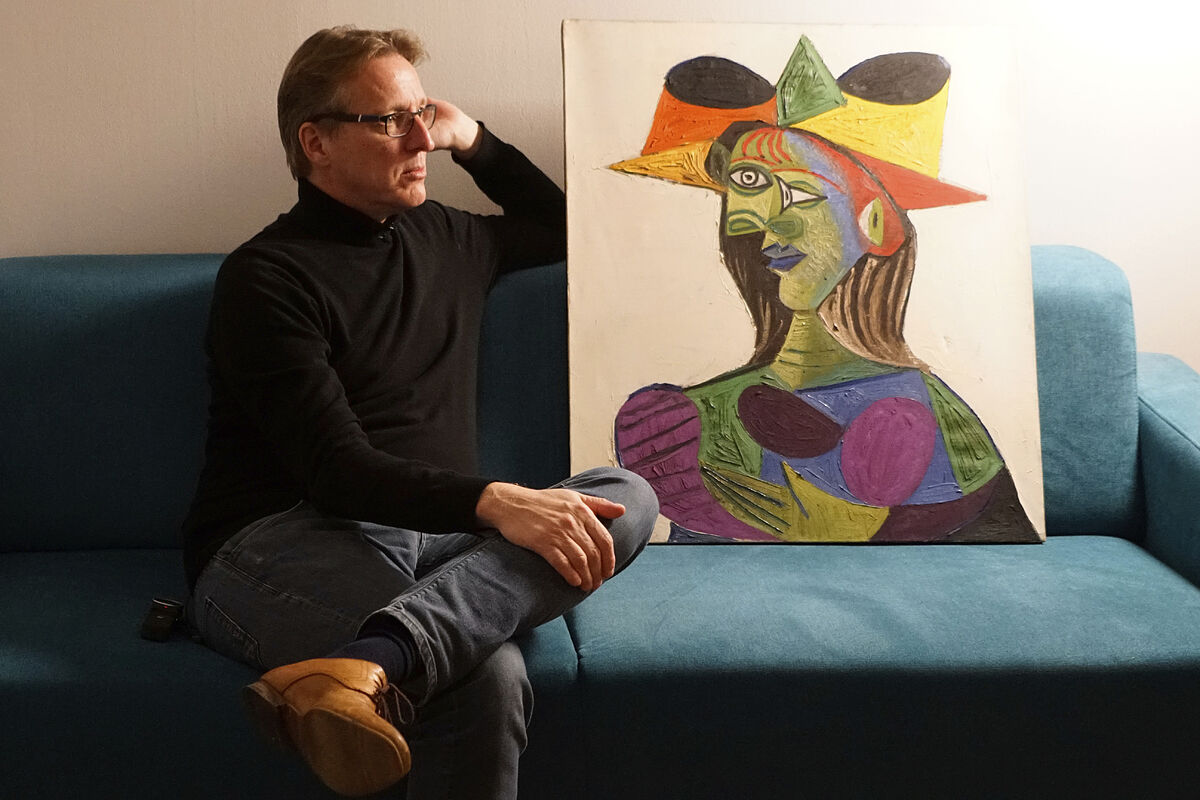 (Espasa) he narrates how he found the sculptures that accompanied the Führer in his chancellery and that 70 years were believed to have been lost.

How is it that you are an "art detective"? The art world has a visible side, which is beauty, and a hidden side: it is estimated that 30% of art sales are forgeries. That stolen art is the fourth criminal business in the world ... And there, at the crossroads between art and crime, I appear. Who are your customers? There are collectors who, before buying a work, call me to find out if it is a fake or if its seller is legitimate. There are museums that, after a robbery, want me to help them with the investigation. There are governments that pursue archaeological plunder ... And sometimes, there is no customer. That happened with Hitler's horses. I had no one to bill. Could he have sent it to Merkel? He wasn't going to answer. But I wasn't thinking about the bill, I was thinking about the adventure and that we'll see how to pay it.Well: at the end, I have a book and a documentary. Deep down, many people view the art market with irony: it sounds like shady businesses mixed with snobbery, the art market is really about money, not beauty ... The interesting thing is that precisely because of that, counterfeiters do not see themselves as criminals but as heroes who, on behalf of the people, ridicule millionaires snobs. And it is true that it is difficult to explain why there are contemporary works worth 10 million euros. I do not know how to do it. Josef Thorak's horses are obviously impressive pieces, but I don't know what aesthetic value they have because I associate them with Adolf Hitler, there are people who say they have to be destroyed. It doesn't seem right to me: Hitler destroyed art, we didn't. It would be easy to erase the part of history that we don't like,but then we wouldn't learn anything. If you like horses, that doesn't make you a Nazi. And if you don't like them, that's fine with me. But 100 years from now people will continue to be interested in them. Why didn't the Soviets destroy the horses and put them away? Stalin wanted to hire Arno Breker, Hitler's other favorite sculptor. Breker told him that with a dictator he had had enough ... Actually, the art of communism is not very different from Nazi art: they want images of fighters, of men ready for war, all very big. sinks and the Stasi and the KGB started selling their Nazi treasures to Reich nostalgics in the capitalist bloc. I have to be careful what I say but, in short,Let's say the man who bought the horses may have had mixed feelings about the Reich. His daughter told him that when he died, he planned to dynamite the horses because they were a poisoned inheritance. He did not want that done to Hitler's favorite sculptures and so he put them up for sale. If you knew someone you know collects Nazi antiques ... I think you would think "What a weirdo," at the very least. It is normal to think like this. But I'll tell you one thing: one of the biggest collectors of Nazi objects that I know is on the left. There are also Jewish collectors who are obsessed with what happened in the death camps ... What I see is that in Germany there were also many Nazis who rebuilt their lives with impunity. That is what is criticized in Spain about the Transition. There was a pact of silence that worked for 30 years,until a new generation arrived. And I understand it, silence was needed to rebuild the country. The failure was not to clarify that silence was one thing, and oblivion was another.

Is the fact that Hitler was a frustrated painter relevant? Yes.

Hitler was a diabolical person, but what he was human showed in his interest in the beauty of art.

He sincerely liked art, a part of art, because he also hated another part of art sincerely.

And understood its power.

The 'Valkyrie' Fey von Hassell, the woman who survived Hitler despite being the daughter, wife and lover of conspirators against the 'Führer'

Literature Fabiano Massimi: "The Reichstag fire was on 9/11 of the 20th century"

Story Do you have an unexploded bomb in your yard?