A few seconds and documented by "City Stars" cameras.. the full details of the suicide of the mall girl

37 seconds is the time documented by the cameras for the suicide of the “City Stars Mall” girl in Nasr City, Cairo. to drop the body of h 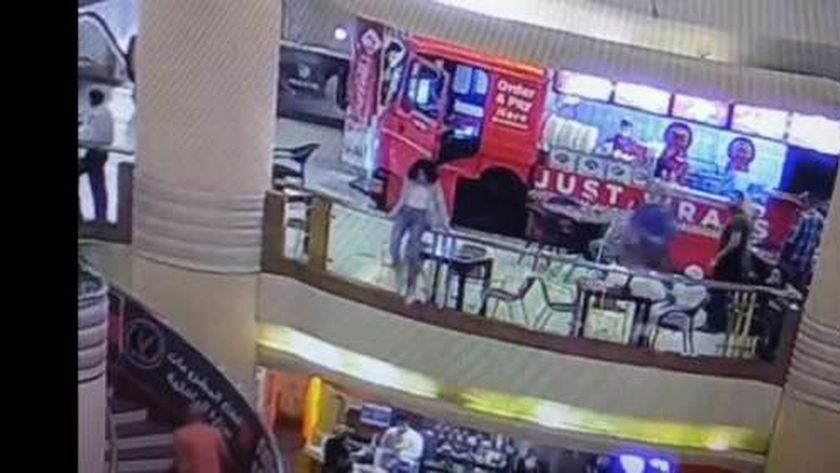 A few seconds and documented by "City Stars" cameras.. the full details of the suicide of the mall girl

37 seconds is the time documented by the cameras for the suicide of the “City Stars Mall” girl in Nasr City, Cairo. To fall a lifeless body, amid the astonishment of all the mall-goers.

The cameras spotted the girl walking around the mall, then stood once for three minutes and then pulled a chair next to her, and she jumped in seconds, as someone tried to catch her but failed.

Among the investigations, the girl, Mayar Muhammad, is a student at the Faculty of Dentistry, and that she committed suicide because of her suffering from family problems and disputes, and that she arranged to commit suicide hours before the incident was carried out in this way, which caused a state of terror and panic among the pioneers of City Stars Mall.

Prosecution investigations stated that the mall girl, Mayar, was accompanied by her friend, Naira, who is a colleague of hers in the Faculty of Dentistry, and that she met her in a cafe inside the mall at three in the afternoon (Thursday) and sat with her for about two hours, and at five o'clock Naira left because of a special family connection with her. Mayar inside the mall alone for four hours until she committed suicide at exactly nine in the evening.

According to Naira’s statements in the prosecution’s investigations, she was with the mall girl, and she learned from her her psychological suffering due to disagreements and problems with her family, as she told her: “I want to commit suicide because I am tired,” and Naira tried to get her out of that bad psychological state before leaving her at five o’clock in the evening. When Mayar asks her to stay alone.

A team of detectives listened to the statements of six eyewitnesses, who confirmed that they had observed the girl's presence on the sixth floor for a long time, and that the administrative security personnel noticed that she was crying at intervals, and when they asked her about the reasons for her crying, she told them that she had something special that angered her.

The Nasr City Prosecution summoned the girl's father, Muhammad Hisham, a pensioner, who stated that he treated her with kindness and love, explaining that he was actually preventing his daughter from leaving the house at late times, for fear of her, according to Al Arabiya.

He also added that his daughter was one of the successful academically, noting that on the day of the incident she asked him to go out with her friends, but he refused at first, fearing for her, but she insisted on him, so he agreed on the condition that he not delay and stay away from the house, indicating that he was surprised by the news of her death and that he knew the news from the detectives, confirming He does not know the cause of the incident, according to the website of the Egyptian newspaper Al-Watan.

After the Zeinhom Morgue completed the autopsy work, the funeral of the girl of the "City Stars" mall took place today in Nasr City, from the Sayeda Nafisa Mosque, amid a state of sadness among her relatives and acquaintances.