Transgender entrepreneurs in Bangladesh are game-changing for their community Dhaka (AFP) Simran Snigdha was just a beggar in Bangladesh when chance placed in her path a transgender like her, who offered her to leave the streets for a job in her factory, thanks to which she can also lead the life of an artist. of his dreams. Bangladesh, a conservative Muslim-majority country, has 1.5 million transgender individuals, long victims of discrimination and violence. Rejected by 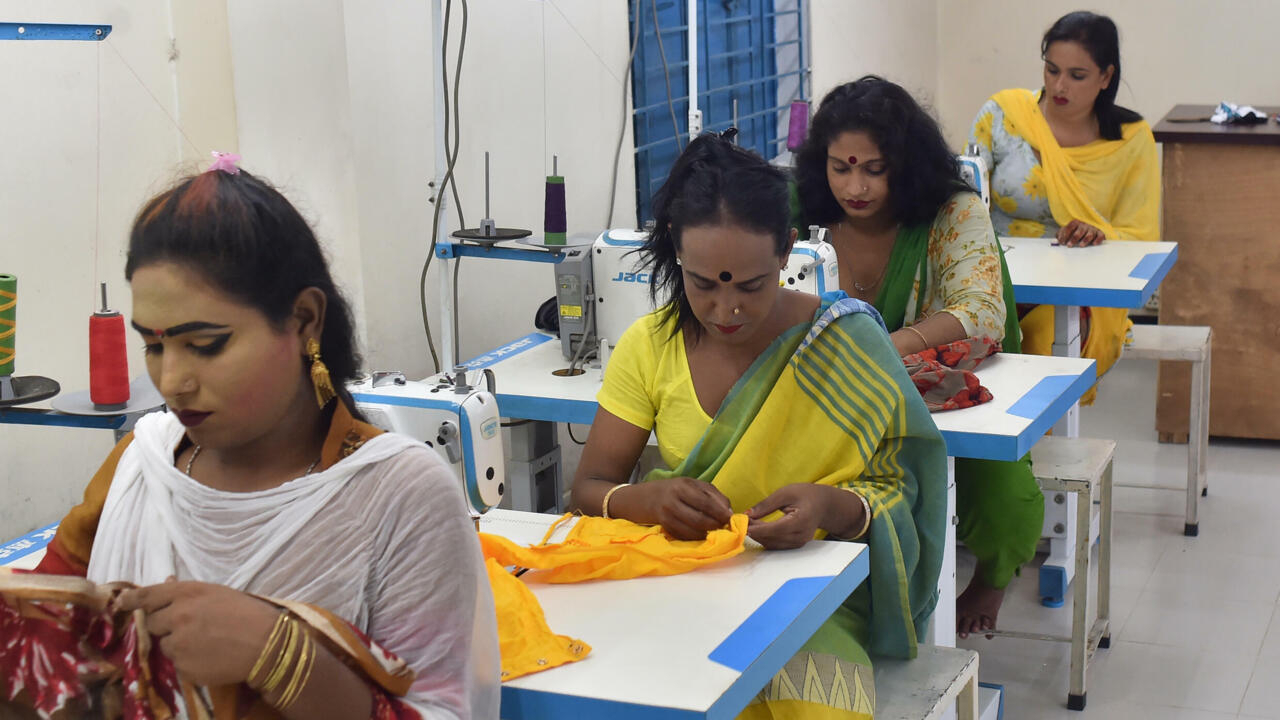 Simran Snigdha was just a beggar in Bangladesh when chance placed in her path a transgender like her, who offered her to leave the streets for a job in her factory, thanks to which she can also lead the life of an artist. of his dreams.

Rejected by their families and communities, deprived of education and despised by many employers, they often have little option to survive but begging, prostitution or crime.

"I had to swindle people (...) and prostitute myself," Simran Snigdha told AFP.

But today, she works in a garment factory owned and operated by a transgender woman in Dhaka, the capital of Bangladesh.

This job allows him to live his big dream, that of being a painter.

"I can now indulge in my favorite activity," says the 32-year-old, brush in hand.

The space of freedom and security she has finally found remains scarce for many transgender artists who need help.

"I pray that they never return to begging, even for one day."

Like many, Simran Snigdha fled, at the age of 15, the family home, the assaults and humiliations experienced in his rural region in central Bangladesh, to join a transgender community in Dhaka.

She first lived under the protection of a "guruma", a transgender individual with political and social connections, who provides a certain economic security to her protégés, but capable of forcing them into prostitution, swindling and prevent studying.

Simran Snigdha's life changed in 2019 when he approached a car, stopped at a crossroads, in which was Siddik Bhuyan Synthia who noticed her and offered to join his company.

Before, the bullying of transgender people "was legion", the latter tells AFP, "but the majority of society is now benevolent towards us".

“The trans workers in my factory are very ordinary people. They don't want to be in obscure dispensaries,” the 38-year-old continues, “they prefer to have a social life like everyone else”.

Under Prime Minister Sheikh Hasina's government, growing tolerance has resulted in new laws favoring sexual minorities, along with tax breaks for the companies that employ them.

A transgender person employed in a garment factory in Dhaka on June 24, 2021 Munir Uz zaman AFP

In 2013, a 3rd gender was officially recognized and since 2018, transexuals are allowed to exercise their right to vote as such.

The government has also introduced positive discrimination measures among a whole series of aids.

As a result, several transgender-owned and operated businesses - including many beauty salons and small factories - have flourished in Dhaka in recent years.

"It was unthinkable just a few years ago," Shale Ahmed told AFP, head of Bondhu, an organization for the defense of sexual minorities.

"Outside of your home, you find yourself (on the street) without education. And the lack of education means that you will not find any company willing to offer a well-paid job," said Rafid Saumik of the organization TransEnd.

In his clothing workshop in the capital, employing only transgender people, Apon Akhter is one of those who made a difference.

"When I started (...) people laughed at me saying that transgender people would be incapable of effective work," said this 32-year-old "guruma".

Siddik Bhuyan Synthia (center), a transgender person and owner of a garment factory, talks with one of his employees, in Dhaka on June 24, 2021 Munir Uz zaman AFP

"They said we were only good for the streets. I promised myself to prove them wrong," she says, while acknowledging that the salaries of her 25 employees remain low.

But they can still study and overcome this other barrier that the transgender community faces: lack of education.

Many of her employees, after years of suffering, came to her eager to learn.

His factory gives them a chance to continue their education.

"I sincerely hope that they will find the light they seek in life," she assures us.

"We only have the rest of us."