To confront China's influence and the challenges of the 21st century.. Biden hosts the Summit of the Security Dialogue Group at the White House

US President Joe Biden intends to host the first summit in the personal presence of the leaders of the Quadrilateral Security Dialogue, which includes Australia, India, Japan and the United States, in an effort to strengthen cooperation to counter the influence of China. 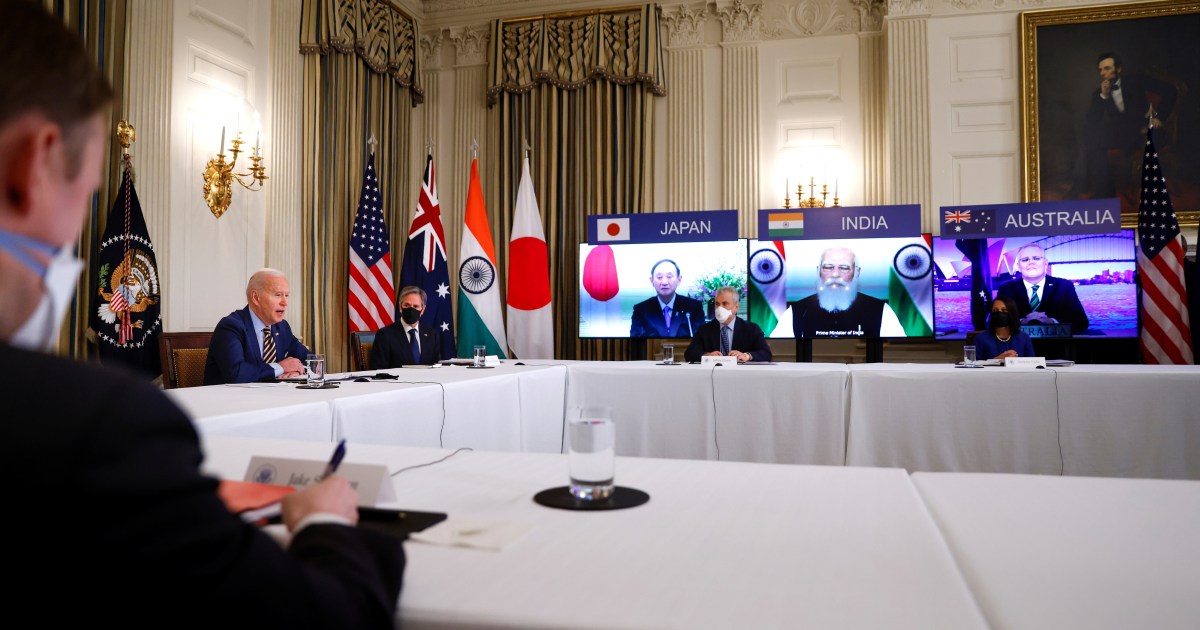 US President Joe Biden plans to host the first summit in person of the leaders of the Quadrilateral Security Dialogue, which includes Australia, India, Japan and the United States, in an effort to strengthen cooperation to counter the growing influence of China.

White House spokeswoman Jen Psaki said in a statement that the summit will be held at the White House in Washington on September 24.

The visits of Australian Prime Ministers Scott Morrison, India's Narendra Modi and Japan's Yoshihide Suga, to the United States coincide with the United Nations General Assembly meetings in New York, in which Biden will deliver a speech on September 21.

The leaders of the group had held a remote meeting last March, and pledged to work closely on Covid-19 vaccines and climate, and to ensure that the Indo-Pacific region is free and open in the face of challenges from Beijing.

"Hosting the group's leaders makes clear that engagement in the Indo-Pacific is a priority for the Biden administration and Vice President Camilla Harris, which includes new multilateral arrangements to meet the challenges of the 21st century," Psaki said.

She added that the group's leaders will "focus on deepening our relations and advancing practical cooperation in areas such as combating COVID-19, dealing with the climate crisis, partnering in emerging technologies and cyberspace, and promoting freedom and openness in the Indo-Pacific region."

Kurt Campbell, the coordinator of US policy on the Indo-Pacific, said last July that the meeting, which will take place in physical presence and has been planned for a long time, will result in "critical" commitments on vaccine diplomacy and infrastructure.

This alliance called "Quad" began to form after the devastating tsunami in 2004 and took official status in 2007, and Biden decided to revive this quadripartite cooperation after coming to power.