The Sacklers, the unscrupulous dynasty that made its fortune by turning thousands of people into drug addicts

Someone once said that behind great fortunes there is almost always blood. The Sacklers are no exception. Here, the last name is not known, but they are ... 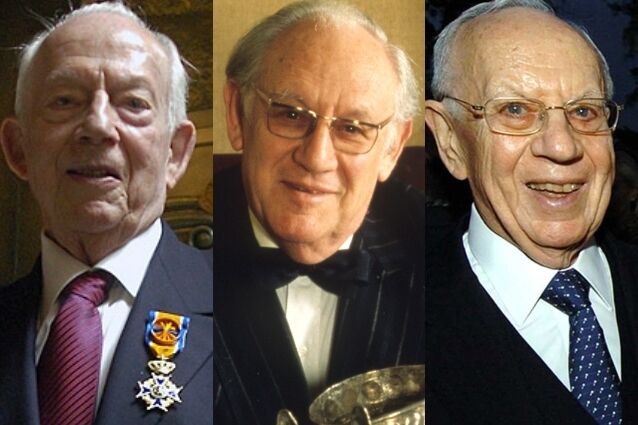 Someone once said that behind great fortunes there is almost always blood.

Here, the last name is not known, but they are

more millionaires than the Rockefellers.

His fortune, estimated at 11,000 million euros, has been amassed thanks to a painkiller that has ended up unleashing the largest drug addiction epidemic in recent years in the United States.

The family, currently made up of about twenty members, is the protagonist of

The Empire of Pain: The Secret History of the Dynasty that Reigned in the Pharmaceutical Industry

acquired the Purdue Frederick pharmaceutical company, which they later renamed

, the three entrepreneurs and psychiatrists began to pave the way for evil.

They became billionaires with OxyContin,

an addictive pain medication that has caused many of the patients who took it to end up hooked on heroin and fentanyl, much cheaper than OxyContin. According to

data collected by different organizations and academic studies, the

Sackler are largely to blame

plaguing the United States, which has caused

to avoid warning of the

terrible consequences of this opiate

, some members of this powerful family began to lift assets and transfer almost 10,000 million euros from the parent company to private trusts and other

companies based in tax havens

payment of 4.5 billion dollars to the victims

, when the family earned more than double between 2008 and 2010, according to the documents provided to the court.

His heritage has been built on death, pain, and addiction. The Sacklers were some of the

most notable donors to some of the

Louvre in Paris, the Metropolitan Museum of Art

. Another fact. The impressive Temple of Dendur built near the Nile in Egypt around 15 BC was brought in and financed stone by stone by the Sacklers for donation to the Metropolitan Museum in New York in 1974. It cost them $ 3.4 million.

their names are removed from the plaques and walls that honored them as patrons.

Today, his last name is demonized.

They are not welcome in

, although some descendants continue to flaunt their power.

Of Mortimer's seven children, four say they are not related to the company, but it is striking that precisely Sophie bought a 34 million euro mansion in London.

His half-brother David bought a mansion of almost 1,000 square meters in Bel Air (Los Angeles) three years ago for almost 20 million euros and his wife, before announcing his bankruptcy, bought a property in Palm Beach (Florida) for about 6 , 5 million euros.