The message: Bicycle bridge and tram tunnel to be built 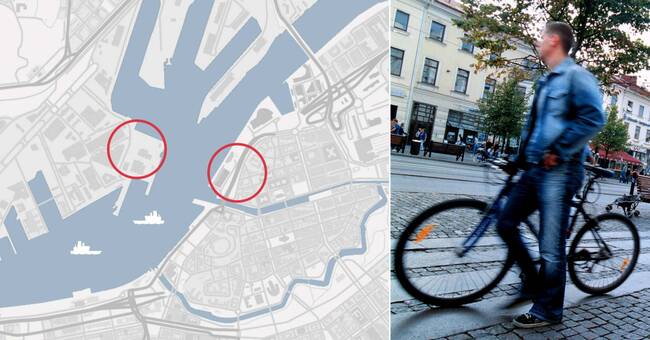 Already in 2002, the bridge construction was included in the Green Party's budget and it was when the alliance also included it in its budget proposal last year that the bicycle bridge received a broad majority from the City of Gothenburg's municipal board.

During Thursday's municipal council, the decision was finally made to build the bridge, something that GP was the first to tell about.

And it was with a large majority that the proposal was voted through, only the Democrats voted against.

- It is after a long and slow struggle that we got it through the proposal, says municipal councilor Karin Pleijel (MP).

There have been many aspects to consider.

Karin Pleijel says that they have been confronted with the interests of shipping and that seven different locations for the bridge supports that have been investigated.

The final locations were Packhuskajen in the center and Hugo Hammar's quay on Lindholmen.

As long to build as Hisingsbron

The planning and construction of the bridge has received a maximum budget of SEK 900 million and the traffic office has estimated that it can take between 10 - 12 years before the bicycle connection is ready for traffic.

But the traffic committee believes that it can go faster than that.

- We do not think there is any reason why it should take longer than the construction of the Hisingsbron did, says Karin Pleijel.

After tonight's City Council, it is also clear that there will be a tunnel under the river for tram traffic.

During two, the tram connection to Lindholmen has been investigated and the alternatives have been a tunnel, an openable twelve meter high bridge or a 27 meter high fixed bridge.

The tunnel that has now been decided on is scheduled to be completed in fourteen years and is estimated to cost 4.5 billion.

Exactly which stops the tunnel will go between is not entirely clear, but it could be Linnéplatsen and Stigberget.

- Calculations show a huge expansion of the center and there will be a continued pressure on rapid relocation, we need the capacity, says Karin Pleijel (MP).

In the clip below you can see the options presented for the new tram connection.

New bridge or tunnel in Gothenburg - see the alternatives