The escalation between President Farmajo and his Prime Minister, Mohamed Hussein Roble, has reached its peak. The Somali head of state, with a mandate expired in February, withdrew, on Thursday, the powers exe ... 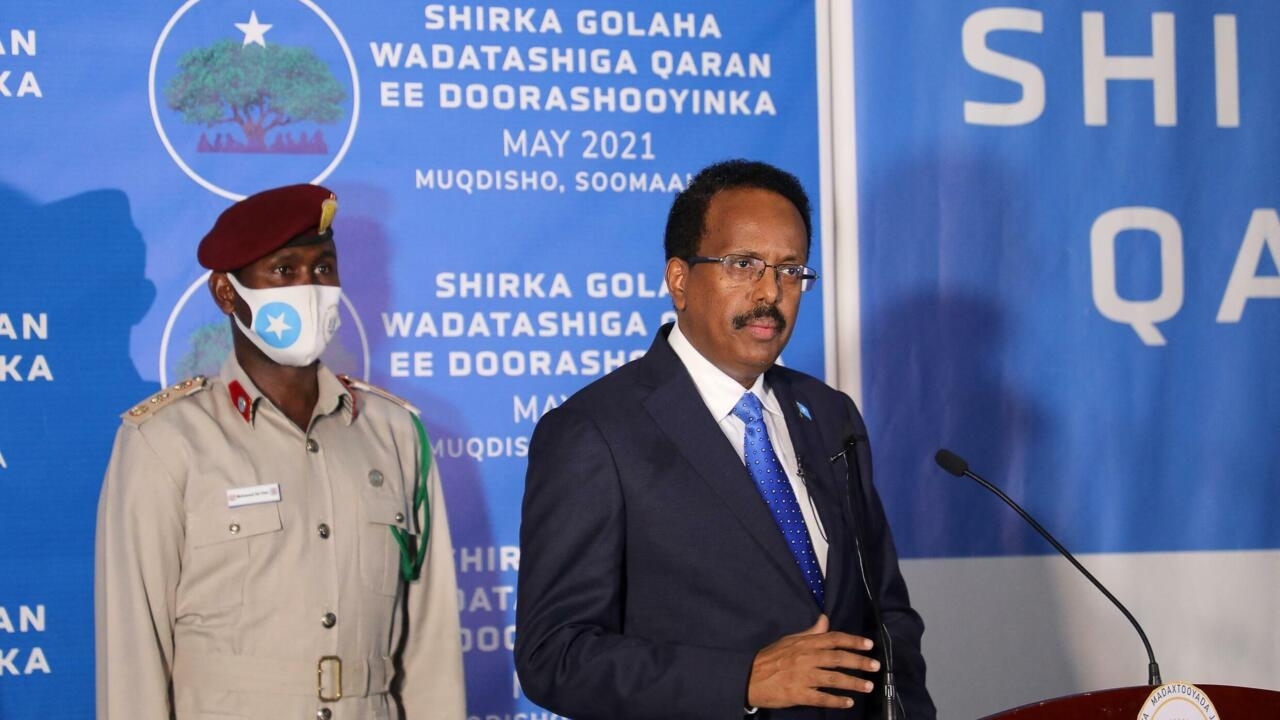 A new episode of tension at the top of the state has weakened Somalia.

"The Prime Minister has violated the transitional constitution so that his executive powers are taken away from him (...), in particular his powers of impeachment and / or appointment of leaders until the elections have taken place," said a press release from the president's office.

The Head of State justifies his decision by the fact that the Prime Minister took "imprudent decisions that could pave the way for political and security instability", and that he did not carry out "any consultation and collaboration with President".

The two men, who have had strained relations for several months, have clashed twice in the past ten days over sackings and appointments to crucial positions in the security apparatus.

On September 5, Mohamed Roble sacked the head of the Intelligence and Security Services Agency (Nisa) Fahad Yasin, a close friend of Farmajo, for his management of the investigation into the unexplained disappearance of one of his agents, Ikran Tahlil.

The president had overturned this "illegal and unconstitutional" decision, then appointed a replacement of his choice after having promoted Fahad Yasin as national security adviser.

Last week, after accusing the president of "obstructing" the investigation and judging his decisions to constitute a "dangerous existential threat" to the country, the Prime Minister replaced the Minister of Security.

The president had also found this decision not in conformity with the Constitution.

Politicians then worked to defuse tensions between the two leaders, without success.

A risk for the organization of elections

"Somali factions are playing with fire," warned the International Crisis Group (ICG) think tank in a report released Tuesday, in the face of the escalation between Farmajo and Roble.

Elected in 2017, Farmajo saw his term expire on February 8 without being able to agree with regional leaders on the organization of elections, triggering a serious constitutional crisis.

The announcement, in mid-April, of the extension of his mandate for two years had provoked armed clashes in Mogadishu, reviving the memory of the decades of civil war that ravaged the country after 1991.

Mohamed Hussein Roble, appointed in September 2020, has occupied the center of the political scene since Farmajo instructed him in May to organize these very sensitive elections.

The Prime Minister reached agreement on an electoral calendar, with an initial election of the president on October 10 as an initial horizon.

This process is already behind schedule.

The appointment of members of the Lower House, the last step before the election of the head of state according to the complex Somali indirect electoral system, must now be held between October 1 and November 25.

Mohamed Roble assured UN diplomats that the elections would go "as planned".

The ICG believes that "getting rid of Roble (...) would probably ruin the agreement on which the elections are based".