Professor: Many do not seek help until they are in their 30s

A large proportion of people with PMDS have such severe problems that they have suicidal thoughts the week before menstruation, a new study shows. At the same time, many patients go without treatment for several years, despite the fact that help is available. - If you feel that you do not have control over how you function in everyday life, then you should seek help, says gynecology professor Angelica Lindén Hirschberg. 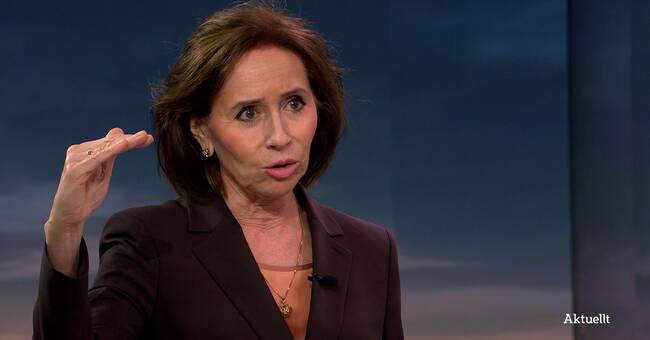 PMS, that is, mood swings and other physical ailments in the days before menstruation affect over 70 percent of everyone with ovulation.

3 to 5 percent are estimated to suffer from the more serious form PMDS, which corresponds to about 60,000 to 90,000 women in Sweden.

According to Angelica Lindén Hirschberg, professor of gynecology at Karolinska Institutet, many patients with PMDS describe that they feel completely personality changes during the periods when the symptoms appear.

- It often starts one to two weeks after ovulation, so it can be two weeks each month.

Then it's half life, she says in Aktuellt.

Many go without treatment

What distinguishes PMDS is that the symptoms often have a great impact on the person's daily life.

Many people feel that they do not have control over their emotions, which limits one in, for example, work.

It is also not uncommon for victims to go a long time without getting help.

Many patients say that they experienced the problems already at their first menstruation, but that at first they did not understand the cause, says Lindén Hirschberg.

- It may not be until the age of 30 that one wonders if it is really normal and then hopefully seeks help.

There is help available

Once a person seeks help, Lindén Hirschberg emphasizes the importance of a diagnosis being made according to all the rules of art, with self-assessment of symptoms during at least two menstrual cycles.

If it then turns out that the person is suffering from PMDS, help is available.

The most common is that treatment takes place with so-called antidepressants, but then only during the periods when the symptoms appear.

For it to be relevant, however, it is crucial that people who experience problems take the first step.

- If you think that the symptoms really have a pronounced negative impact on daily life, and you feel that you do not have control over how you function in everyday life, then I think you should seek help, says Angelica Lindén Hirschberg.