The Wall Street Journal reported that the Iranian guards sexually harassed the nuclear inspectors of the "Nuclear Energy Agency", while they were inspecting the Natanz nuclear facility. 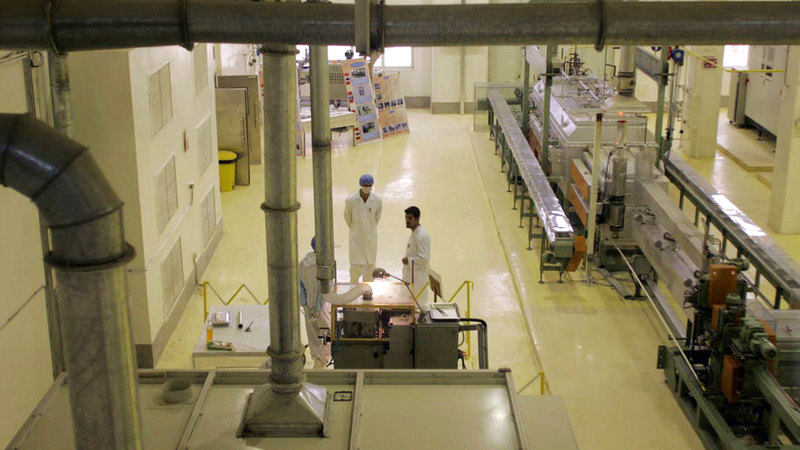 Strict action is expected after these events

The Wall Street Journal reported that the Iranian guards sexually harassed the nuclear inspectors of the "Nuclear Energy Agency", while they were inspecting the Natanz nuclear facility. That “there are at least four separate incidents of sexual harassment, which were officially reported last June,” while a diplomat told the newspaper that “the number of these incidents ranged between five and seven, the last of which occurred weeks ago,” continuing: “What I understood was that there was Touching different areas of the inspectors’ bodies, including sensitive areas.”

And the newspaper said that “an American memorandum passed to the administration of the Nuclear Energy Agency, last week, addressed this matter, and stressed that harassment is totally unacceptable, and urged the authority to clarify this in its statements, and call for stopping this behavior, and taking appropriate action if it continues.” These abuses.

A source in the Nuclear Energy Authority, who was not named, told The Wall Street Journal, “The agency raised the issue urgently and strictly with Iran, and sent it a clear and unambiguous message that these actions are unacceptable and must not be repeated. On the other hand, Iran provided its explanation for what happened, linking it to the strict security measures that were taken after the recent incidents in Iran and the reactor, and the source concluded that “as a result of the exchange of views that took place between the agency and Iran, there will be no new incidents.”

It is worth noting that this is not the first time that Iran has faced accusations of this kind. A nuclear inspector was detained in 2012, her travel documents were seized, and she was not released until after a while, and other incidents occurred before the start of nuclear negotiations in 2013, according to The Wall Street Journal.

For his part, Iran's delegate to the Nuclear Energy Agency in Vienna, Gharibabadi, said in a tweet to him on Twitter, in conjunction with raising this issue, that "the strict security measures in Iran are reasonable and logical, and the agency's inspectors will gradually face new and strict rules." A sign that observers considered a kind of underestimation of the seriousness of the accusations against Iran.

• There are at least four separate incidents of harassment that were officially reported last June.