India and Kenya are at the fore, and Tunisia submitted 4 drafts.. These are the scenes of the Security Council's statement on the Renaissance Dam

On Wednesday afternoon, the UN Security Council adopted a presidential statement urging Egypt, Ethiopia and Sudan to resume negotiations under the auspices of the African Union to reach a binding agreement on the Renaissance Dam. 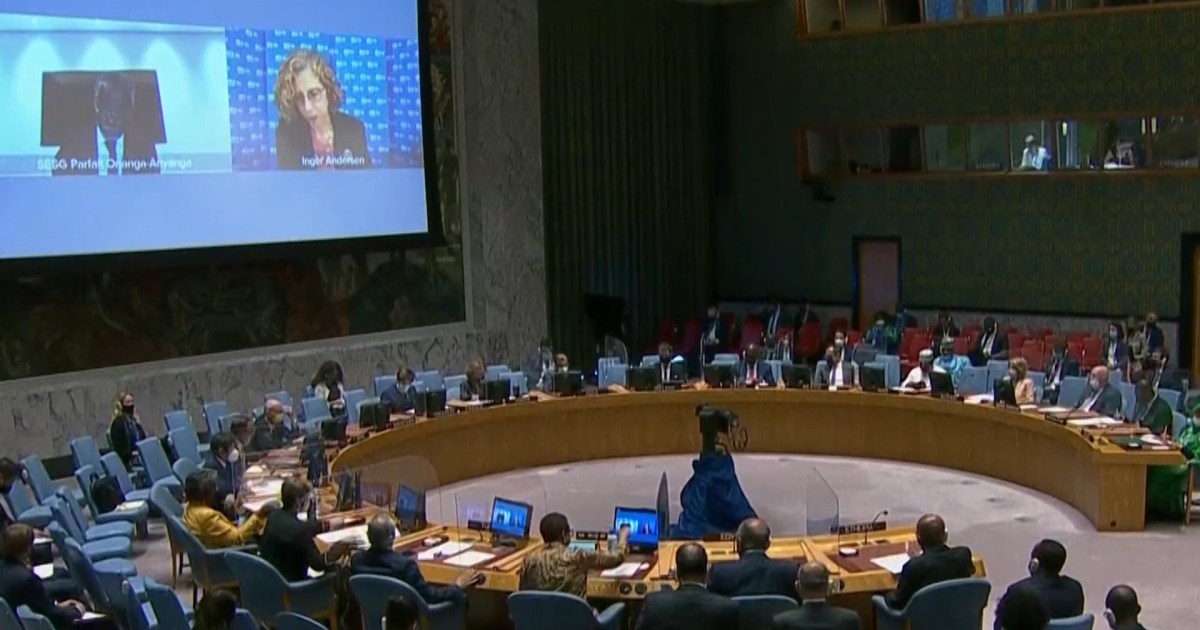 On Wednesday afternoon, the UN Security Council adopted a presidential statement urging Egypt, Ethiopia and Sudan to resume negotiations under the auspices of the African Union to reach a binding agreement on the Renaissance Dam.

The statement encourages the three countries to negotiate and finalize the text of an agreement acceptable to all parties regarding the filling and operation of the Renaissance Dam, within a reasonable time frame.

This is the first statement issued by the Council regarding the dam, but how was this statement with a very light tone reached?

The statement passed through many stages, and many of its vocabulary were deleted or changed until all parties accepted it, and the version in which it was issued yesterday was the fourth version presented to the Security Council.

The negotiations were protracted and apparently difficult, as Tunisia initially proposed a decision on the dam, and when the members of the Council were unable to agree on this decision, it decided to proceed in order to issue a presidential statement.

When Addis Ababa decided to move forward, with the second filling of the dam, the conflict once again garnered international attention.

Following a meeting requested by Egypt and Sudan, the Arab League adopted a resolution that called on the Security Council to discuss the dispute, and demanded that Ethiopia refrain from filling the dam until it first reached an agreement with the affected countries.

Tunisia raised the issue within the Security Council, and distributed for the first time a draft on the Renaissance Dam on July 2, and demanded a meeting on the file, which took place on July 8 last.

It appears that there was not enough support for the text.

On August 5, Tunisia submitted a draft presidential statement on the Renaissance Dam, which was put under silence until August 16, a deadline that was later extended to August 17 after Kenya broke the silence.

Subsequently, Tunisia circulated a second revised draft, which was also placed in silence on the same day.

However, Kenya broke the silence on the draft once again.

And this time, it became possible to agree on the draft statement by compromising and significantly reducing the content of the text.

It seemed remarkable in the new text that the council "confirms" that "the statement does not set any principles or precedents in any other area for transboundary water disputes."

This language is intended to address the concerns of many council members that adopting a statement on the Grand Ethiopian Renaissance Dam could set a precedent, as the council would be called in to intervene in cross-border water disputes around the world.

During the Council meeting on July 8, several members indicated that these differences are best resolved at the regional level and through dialogue between the parties involved.

Kenya called on the parties to “recommit to negotiation in good faith within the framework of the African Union-led process” and expressed its full confidence that “our Egyptian, Ethiopian and Sudanese brothers and sisters will make the principle of African solutions to African challenges a reality.”

Niger also called on "all parties to give priority to reaching a regional and African solution to the issue of the Renaissance Dam."

India stated that “cross-border disputes over water should ideally be resolved through mechanisms agreed upon by primary stakeholders, taking into account rights and issues of technical detail, historical use and socio-economic aspects.”

In the final version, a text requiring the Secretary-General to report on the conflict to the Security Council within 6 months was removed.

By removing this text, the Renaissance Dam will no longer be on the Council's agenda during the coming period.

In general, the tone of the statement was clearly toned down.

After the statement was issued, the representative of India reiterated that water problems are not within the competence of the Security Council, and that this statement does not constitute a precedent for the Council's handling of these files.