In Israel, the 3rd dose helps mitigate the 4th wave of Covid - France 24

In Israel, the 3rd dose helps mitigate the 4th wave of Covid Jerusalem (AFP) Record number of cases, but fewer severe cases: Israel's campaign for a third dose of the anticovid vaccine has helped to mitigate the effects of the new wave of infections, initial data and experts suggest. Since coming to power in June, Prime Minister Naftali Bennett has repeatedly said he wants to avoid reconfining the country at all costs, a promise his government has kept so 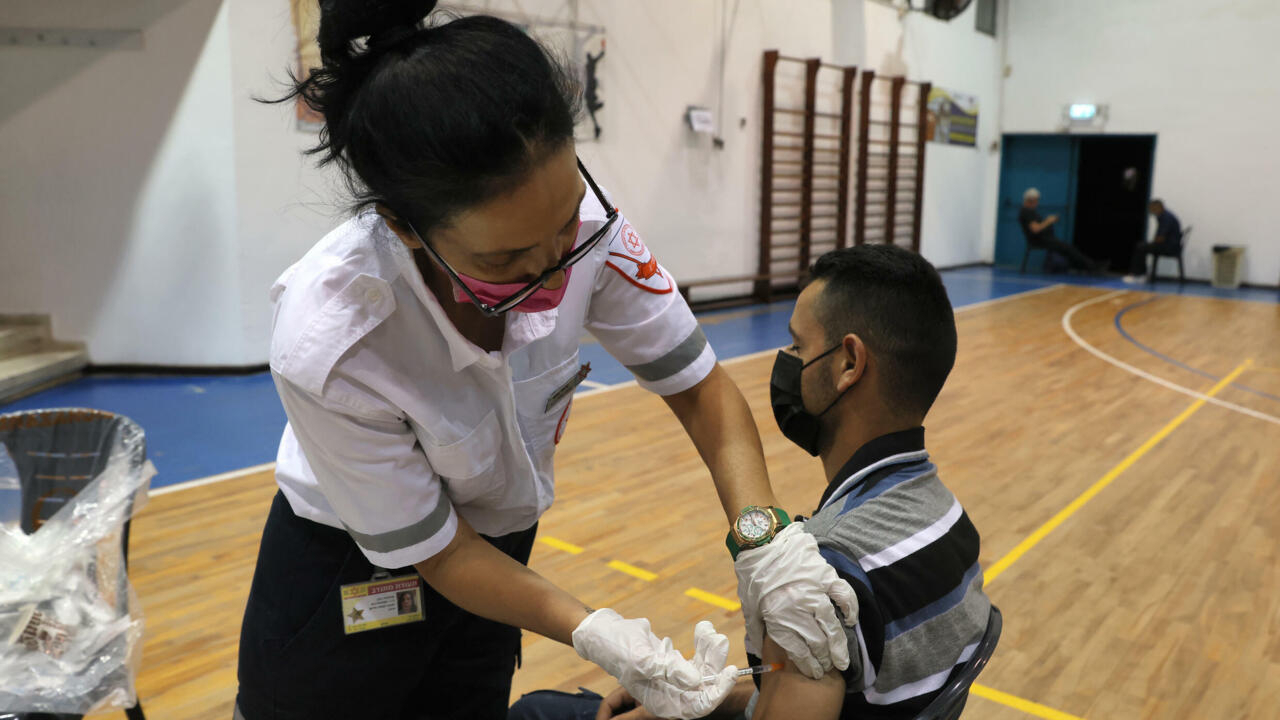 Record number of cases, but fewer severe cases: Israel's campaign for a third dose of the anticovid vaccine has helped to mitigate the effects of the new wave of infections, initial data and experts suggest.

Since coming to power in June, Prime Minister Naftali Bennett has repeatedly said he wants to avoid reconfining the country at all costs, a promise his government has kept so far despite having recorded more than 10,000 daily cases. of Covid, a local record since the start of the pandemic.

To keep schools, businesses and places of worship open, Israel has taken a series of measures such as forcing families with children under the age of 12 (not eligible for the vaccine) to take rapid tests to access certain places, causing frustration in the population.

Experts interviewed by AFP and data made public by the Israeli Ministry of Health suggest that this booster dose has made it possible to curb the number of serious cases despite the increase in cases linked to the spread of the Delta variant, in particular, among unvaccinated people and those who have been vaccinated for more than five months.

"When the fourth wave started, we did not know which was the dominant factor of spread", the absence of vaccination or the waning of the effects of the vaccine, explains Gabi Barbash, former director general of the Ministry of Health today at the Weizmann Research Institute.

But weeks after the campaign for a booster was launched, the number of severe cases has stabilized in Israel.

And the rate of contamination and serious cases among some three million "triple vaccinated" in this country of 9.3 million people has remained very low.

"The effectiveness of the Pfizer vaccine decreases after five months. When the immunity wanes and a contagious variant (like the Delta) circulates, it's a disaster," said Mr. Barbash, judging that without the dose of recall the impacts of the fourth wave would have been worse for the Jewish state.

"If you are 60 years of age and over and you are not vaccinated, you are 35 times more likely to have serious effects, and eight times more likely if you have received two doses, than if you have received the booster dose." , summarizes Cyrille Cohen, professor at Bar Ilan University and member of the government's scientific committee on vaccination.

When, after consultations with this scientific committee, the government launched its campaign for a booster dose, epidemiologist Hagai Levine, professor at the Hebrew University of Jerusalem, remained "skeptical", questioning the need of a third dose.

But, he told AFP today, this campaign has stabilized the number of serious cases and has therefore proved to be a "success".

But Israel, which has more than a million people eligible for the vaccine but refuse it, will not come out of the crisis by vaccination alone and control measures are therefore still necessary, he warns.

In this month of "Jewish holidays", where families get together, many Israelis complained about the difficulty in making appointments at screening centers, overcrowded by the number of students in contact with the tens of thousands of classmates diagnosed positive since the start of the school year.

At a screening center in Jerusalem, Julia Ortenberg, a mother of three, is in a queue to have her daughter tested, whose classmate has Covid.

Julia's daily life turned into a race between her daughter's first test, her 13-year-old son's vaccination, and her daughter's second test, after a week, to be able to return to class.

At first, Julia was reluctant to have her son vaccinated, but without the vaccine, he would have been forced to attend classes remotely or test negative every other day to attend class.

And that, she said, "that was not an option."