Germany: a thwarted attack plan against a synagogue in the middle of Yom Kippur

A 16-year-old Syrian boy and three of his relatives were arrested in the town of Hagen, in western Germany. Foreign secret services had informed Berlin that a concrete threat ... 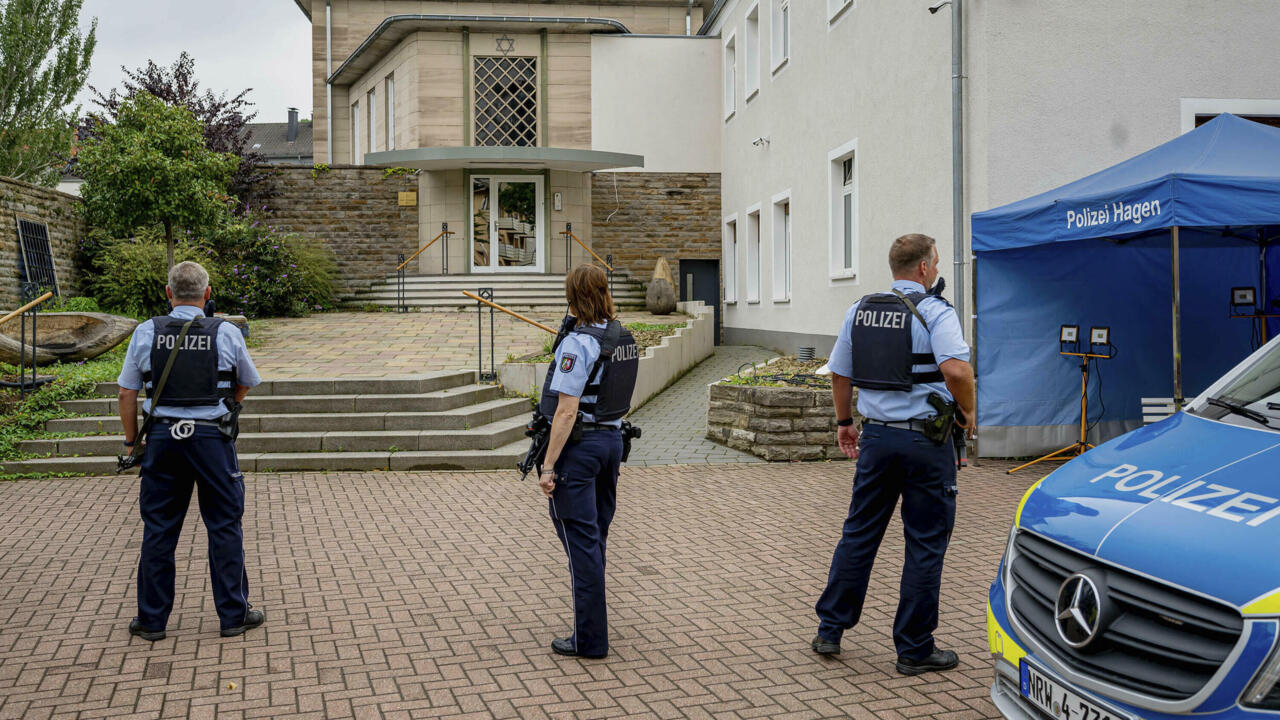 Germany: a thwarted attack plan against a synagogue in the middle of Yom Kippur

A 16-year-old Syrian boy and three of his relatives were arrested in the town of Hagen, in western Germany.

Foreign secret services had informed Berlin that a concrete threat hung over the synagogue.

On Wednesday evening, the celebration of Yom Kippur at a synagogue in Hagen, a town of 180,000 inhabitants in the Ruhr basin, was abruptly canceled. An important police device was deployed, indicates our correspondent in Berlin,

. The authorities had been informed of a risk of an Islamist attack. A track confirmed this Thursday by the CDU candidate for the chancellery Armin Laschet, also Minister-President of North Rhine-Westphalia, where the city of Hagen is located.

Foreign secret services have informed Germany of a concrete danger against the city's synagogue.

A 16-year-old Syrian who reportedly announced an imminent attack on a monitored discussion forum was arrested in Hagen.

Three of his relatives were also arrested.

The attack was likely to be carried out Wednesday evening using homemade explosives.

However, no bomb was discovered in or near the scene.

Campaigning politicians have reiterated their solidarity with the Jewish community as

have increased in Germany in recent years.

Armin Laschet felt that people planning attacks should be expelled.

The country has faced in recent years a double jihadist and right-wing extremist threat, the latter having been elevated to the number one risk rank after several attacks or foiled attacks.

In Halle, in early October 2019, a far-right terrorist attempted to

on the Jewish holiday of Yom Kippur.

A passerby and the customer of a snack bar had been killed.

The number of crimes committed by right-wing extremists has indeed jumped in 2020 to its highest level since the post-WWII era.

To read also: The far right, the number one danger in Germany

But the jihadist threat also remains significant, the far-right AfD party, which entered Parliament in 2017, attributing it to the reception of a million Syrian and Iraqi refugees in 2015 and 2016.

More recently, a man was killed and another seriously injured in an Islamist and homophobic knife attack in

The number of Islamists considered dangerous in Germany increased sharply between 2015 and 2018, according to the security services.

A total of 23 attacks have been foiled since 2000, Interior Minister Horst Seehofer announced on the occasion of the commemoration of the September 11 attacks.