The Emirates Program for the Development of National Cadres (Kwader) has been able to provide more than 14,000 job opportunities for young Emiratis looking for jobs with hundreds of institutions and employers affiliated with the private sector, since its launch in 2005 under the direct guidance of His Highness Sheikh Mohammed bin Rashid Al 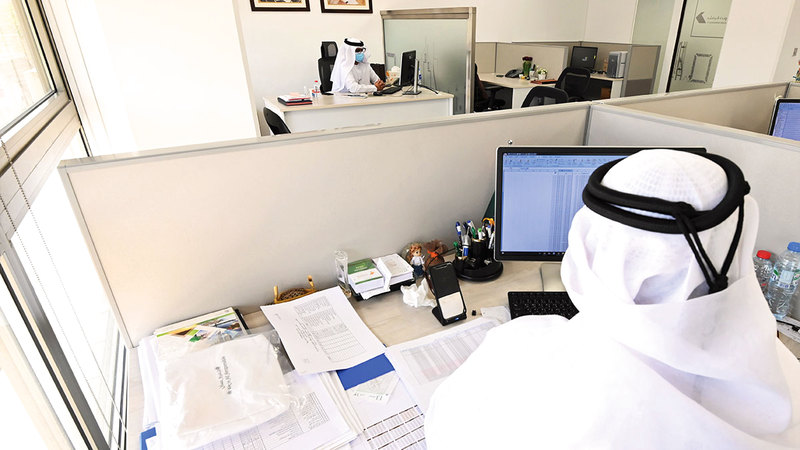 Al-Mulla: The program team monitors the performance of employers in the Emiratisation file

National cadres are of great importance to employers and private sector institutions.

Since its launch in 2005, the Emirates Program for the Development of National Cadres (Kwader) has been able to provide more than 14,000 job opportunities for young Emiratis looking for jobs with hundreds of institutions and employers in the private sector. Vice President, Prime Minister and Ruler of Dubai, to enhance opportunities for young UAE nationals to engage in various work sectors, especially private ones. The Executive Director of the program, Issa Al-Mulla, explained that the program's work team monitors the performance of private institutions and companies in the Emiratisation file, as well as develops initiatives that would stimulate institutions and companies to take an interest in employing citizens.

In detail, the Executive Director of the "Emirates Program for the Development of National Cadres", Issa Al-Mulla, confirmed that national cadres have become of great importance to employers and private sector institutions, after the decisions and measures announced by the UAE government early this week, as part of the second package of the fifty projects, stressing that The government has guaranteed these institutions the presence of a qualified national cadre at the highest and stable level, at a material cost that does not exceed non-citizens, which will make them compete to attract citizens to work for them.

Al-Mulla confirmed to "Emirates Today" that despite the challenges and difficulties that were imposing themselves on the file of Emiratisation in the private sector, the experiences possessed by the Emirates Program for the Development of National Cadres (Kadir) were a major reason for employing more than 14,000 promising national cadres. Since the establishment of the program under the directives of His Highness Sheikh Mohammed bin Rashid Al Maktoum, Vice President and Prime Minister of the UAE and Ruler of Dubai, in 2005, in various fields, especially sectors that were functionally monopolized by certain nationalities such as the hotel and hospitality sectors, which has become one of the most serious sectors in Recruitment process, which can create hundreds of jobs periodically.

He said, "The Kawader program aims to provide effective initiatives and incentives that encourage officials in the private sector in the UAE to invest in support, training and rehabilitation programs that allow them to absorb the country's citizens into their workforce, retain them, and ensure their long-term commitment."

Al Mulla added: "The program coordinates between job seekers and between companies and private institutions to secure employment opportunities, which depend primarily on the capabilities and skills the person has, or those acquired through training programs organized by the program."

The program also coordinates between job seekers, companies and private institutions to provide appropriate employment opportunities, monitor the performance of citizens working in the private sector, study their conditions, develop appropriate initiatives to overcome obstacles and disseminate best practices, in addition to organizing media and awareness campaigns in the community to develop awareness. Professionalism among families, youth, and officials in private institutions and companies, to overcome misconceptions about working in the private sector or about the capabilities and capabilities of citizens and their willingness to work in the private sector.He pointed out that the program works to provide appropriate training opportunities, and to provide support and encouragement for citizens to take the full opportunity in the labor market in the private and public sectors, and the available rehabilitation and training efforts are directed towards meeting the actual needs of knowledge and skill to join institutions, companies and organizations within the economic sectors, and work is being done on Providing job opportunities, especially in the vital sectors in the emirate.

Issa Al Mulla, Executive Director of the Emirates Program for the Development of National Cadres, stressed the need to focus on professional disciplines from high school and beyond, and not to focus the attention of families and students on enrolling their children in specializations based on theoretical curricula only, or courses such as medicine, engineering and mechanics. And electricity and sciences, as opposed to neglecting the most in-demand disciplines in the labor market.