East-West Questions | Yu Xi: How do "civil messengers" build a bridge between China and Latin America? 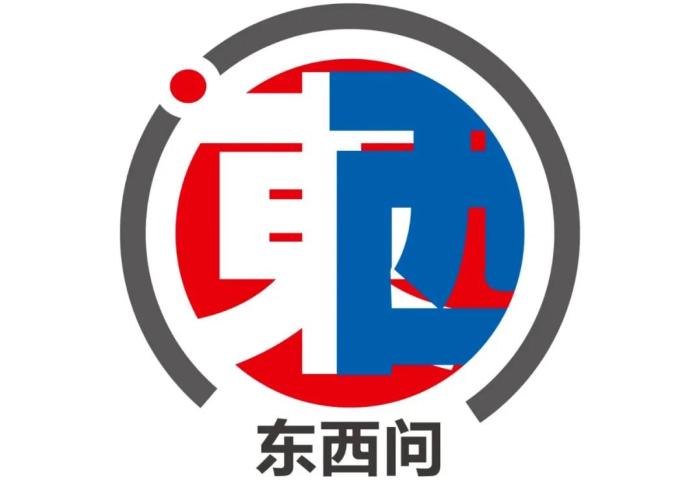 (Essential questions) Yu Xi: How do "civil messengers" build a bridge between China and Latin America?

China is separated by vast oceans from Latin America and the Caribbean, and is located in the eastern and western hemispheres. The geographical distance between the two is called "the furthest in the world".

But this does not prevent China and Latin America from becoming important cooperative partners and forging a deep friendship between the people.

In recent years, the space for exchanges and cooperation between China and Latin America has become increasingly broad, and "people-to-people diplomacy" has played a special role as a bridge and link.

Since the mid-1990s, Yu Xi, a well-known public diplomatic activist in China and a senior reporter of the "Yangtze River Daily", has traveled to 11 Latin American countries at his own expense and published 7 books on other topics in Latin America, promoting the civilization of China and Latin America. In the process of mutual learning and enhancing people's friendship, I wrote a good story.

How to build a bridge for China-Latin America exchanges and cooperation?

Recently, in an exclusive interview with China News Service, "Question about East and West", Yu Xi told the story of the connection between Latin America and China and Latin America in his eyes.

Feel close and curious about Cuba

"As an ordinary citizen of China, and a Latin American country far away, without any blood or family relations, Cuba, would be fettered with so much concern in the depth of emotion!" In the book "Dating Havana", the author Yu Xi reveals the indissoluble bond he has forged with Cuba.

In the spring of 1996, Yu Xi was given the opportunity to visit Cuba.

Riding on a Chinese-made "Phoenix 24" bicycle borrowed from the Chinese Embassy in Cuba, in the Cuban capital Havana, Yu Xi either captured local customs or stopped to paint on the streets, and recorded a large number of text materials from the perspective of reporters and writers.

In the 1990s, cultural exchanges between China and Cuba were not yet active, but this Chinese journalist pioneered a unique approach.

In 1996, Yu Xi held an exhibition of Cuban watercolor sketches at the Cuban National Federation of Literary and Art Circles, and subsequently held the "Yu Xi Going to the Caribbean Art Photography Exhibition" at the Cuban Embassy in Beijing, becoming the first to hold Cuba in the two capitals. Chinese artists in the exhibition.

The connection with Cuba gradually allowed Yu Xi to embark on the path of public diplomacy between China and Latin America.

In May 2016, Yu Xi went to Panama alone, which has not yet established diplomatic relations with China, and interviewed people from all walks of life in Panama's political and business society in 20 days. He went deep into the mountains twice to visit indigenous Indian tribes.

For more than 30 years, he has traveled to 11 Latin American countries including Mexico, Brazil, Jamaica, Colombia, and Chile. Many of his books have opened a spiritual window for Chinese and Latin American readers to understand each other.

There are differences in Chinese and Latin American cultures, and there are emotional connections and resonances

Yu Xi said that public diplomacy has a special attribute, that is, it can obtain communication opportunities "short, flat, and fast" so as to tell Chinese stories overseas efficiently.

In December 2009, Yu Xi showed an oil painting during a speech at the University of the West Indies in Mona, Jamaica: A little Chinese boy wearing a jacket with the Jamaican flag.

Jamaican students asked: "Why do Chinese children become interested in our country?" Yu Xi took advantage of the opportunity to tell a Chinese story: "Many young Chinese like Bolt, the'world trapeze', and are also familiar with Jamaican Blue Mountain Coffee and Lei Ghost music..."

In 2016, Yu Xi gave a speech in Argentina, deliberately comparing the historical and cultural symbols of the two countries to guide and enhance the audience's interest in understanding China.

For example, he juxtaposed the views of selling marshmallows on the streets of Argentina and China, which led to the similarities and differences in the social and folk customs of the two countries; The opposite exit is China's Wuhan City," which narrows the emotional distance between the local audience and China.

From the perspective of a painter, while analyzing the aesthetic significance, he explained the social background behind it, and introduced the rapid economic growth and increasingly progressive China to the local people.

In Yu Xi's view, the key to telling a good Chinese story is to tell the story of a good person.

In Yu Xi's view, with the deepening of China's opening to the outside world, the mutual concern and exchanges between China and Latin American people have become closer and closer, and the blessing of the "Belt and Road" initiative has allowed the continuous development of China-Latin America relations.

In Yu Xi's new book "Uruguay, Natural First", the former President of Uruguay Jose Mujica wrote in Spanish: "There is nothing difficult in the world, as long as you are willing to climb", the inscription is "recorded from the revolutionary teacher Mao".

"That was written by President Mujica when he first went to Uruguay to conduct civil diplomacy in 2009." Yu Xi recalled that it was the meeting that made him understand the Uruguayan leader's "China complex".

It turned out that the young Mujika was received by Mao Zedong in Beijing. This special experience made him very interested in this eastern country. He even tried to read Confucius' articles and Mao Zedong's works to taste the essence of Chinese culture.

"Those who know each other are not far away." What impressed Yu Xi was that when he went to Uruguay in 2019, he wrote in Wuhan and presented it to the other party in the office of the governor of Passandu Province Acosta. The calligraphy "Qin" is hung in a prominent position.

"Chinese calligraphy is not only a symbol of Chinese culture, but also a link for the spread of friendship." Yu Xi said.

"Do you know'Mojito'? It is a traditional Cuban cocktail, and it is also the name of a popular song by well-known musician Jay Chou." Yu Xi learned from Cuban friends that not only in China, but also in Cuba. Singing, some artists also adapted it to extend the Cuban rum culture and add Chinese elements.

"This kind of cultural resonance of'you are in you and you in me' is constantly playing out between China and Latin America."

Yu Xi believes that in the context of mutual attraction, mutual support and pursuit of cooperation between the Chinese and Latin American people, rich cultural exchanges can achieve better results.

Whenever he goes to a country, Yu Xi always has an in-depth understanding of the local overseas Chinese living conditions.

Data map: On the west bank of the Bridge of the Americas across the Pacific estuary of the Panama Canal, there is a China-Pakistan Park and the "150th Anniversary of the Chinese Arrival in Panama."

This monument was erected to commemorate the contributions made by the overseas Chinese in Cuba in the war of independence that the Cuban people overthrew Spanish colonial rule at the end of the 19th century. It has now become a long-standing testimony to the traditional friendship between China and Cuba.

He cited, for example, that the influence of Chinese media in mainstream Latin American society is now becoming more prominent, and it is highly praised by local students studying Chinese.

Yu Xi introduced that in Panama City's new and old Chinatowns, there are row upon row of large supermarkets and luxury restaurants opened by Chinese.

Every year on traditional Chinese festivals, the major overseas Chinese groups will organize Chinese people to pay tribute to their ancestors and cherish compatriots in various ceremonies... These activities are also attracting more and more local political and cultural people to participate actively, and become the people of the overseas country to learn about China Vivid stage.

Looking back on the people-to-people diplomacy in Latin America, Yu Xi feels: “Latin American people today are constantly deepening their recognition of China’s “One Belt, One Road” initiative. The concepts of China-Latin America connectivity, exchanges and mutual learning, and building a community with a shared future for mankind are also growing. It is becoming more accepted. And China-Latin America folk cultural exchanges and public diplomacy have become more and more attractive and unique in this magical land, and there is much to do!

Yu Xi, a well-known public diplomacy activist, a second-level senior reporter of the Changjiang Daily News Group, and an expert enjoying special allowances from the State Council; has published 29 books on international exchanges and won the "China News Award" twice. Invited member of the National Council of the Chinese People's Association for Friendship with Foreign Countries, member of the China Latin American and Caribbean Friendship Association, member of the Humanities Exchange Committee of the Chinese Public Diplomacy Association, member of the Chinese Writers Association, senior researcher of the Chahar Society of China's diplomatic think tank, and special appointment of China University of Geosciences professor. Since the early 1990s, Yu Xi has devoted himself to spreading the voice of China. He has told more than 200 Chinese stories around the world. He has enjoyed the title of “Marco Polo of Contemporary China” and “The Pioneer of Chinese Public Diplomacy” in the international community. reputation.