Åke Bonnier, bishop of Skara diocese, thinks that the established parties' involvement in the church election risks causing problems. He said that in SVT's Sweden meet on Wednesday night. - I would probably rather the pure parties like S, SD and the Center Party said that “no but this is not good. We would probably rather find another way ”. 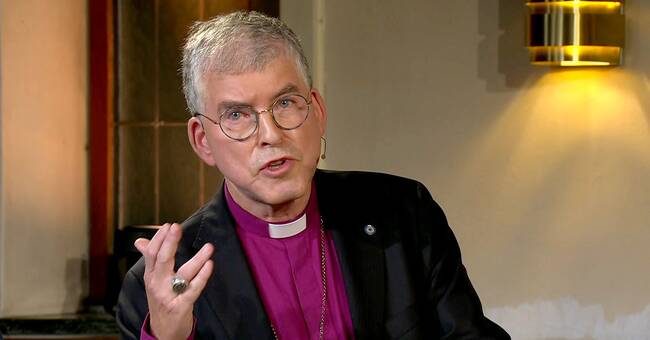 Åke Bonnier, bishop of Skara diocese, thinks it is important that the Church of Sweden is open to everyone, regardless of political views.

He would like the people who stand in the church election for political parties to choose a different way of getting involved, as party politics can disrupt the work of the church.

This is what Åke Bonnier says in an interview after the live broadcast.

- For me, it is no problem if those who stand up are Social Democrats, Center Party members or Sweden Democrats.

The important thing is what you come to and that it does not conflict with the church's faith, confession and doctrine, he says.

The party involvement risks getting in the way of the work, according to Åke Bonnier.

If not for the people who are themselves politically involved, then perhaps for the environment.

- I think it creates frustration for many, you get blocked: "It is typically the Social Democrats" for example.

It will be pie-throwing, says Åke Bonnier.