ANALYSIS: "Criticism is harsh - but the government's alternative is even worse" 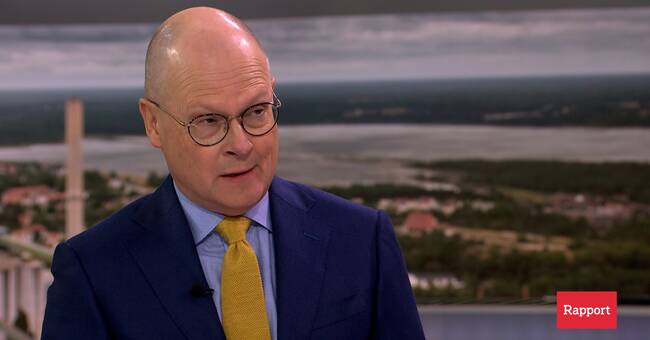 This summer, the Supreme Land and Environmental Court decided to say no to continued lime mining in Slite on Gotland after 31 October.

The court considered that the company's environmental impact statement did not measure up.

Cementa's operations on Gotland account for more than half of Swedish cement production.

As early as November, there would thus be a shortage of cement in Sweden, and according to the trade association Byggföretagen, this could put an end to both housing construction and infrastructure investments.

At the same time, construction companies have warned that between 200,000 and 400,000 jobs will be threatened by a cement stop.

The Government has therefore presented a proposal for an exceptional law that will give Cementa the opportunity to temporarily continue the lime mining on Gotland.

This is the proposal that is now being rejected by the Law Council.

The Law Council's criticism is not unexpected. The lawyers criticize, among other things, the short preparation time and say that the so-called preparation requirement in the constitution has not been complied with. The Law Council also criticizes the fact that the consultation bodies have been given too little time to comment on the proposal. The Law Council also writes in its opinion that the government's proposal can damage confidence in the Swedish legal system as it can be seen as a way to correct a ruling in a court.

It is thus scathing criticism that the Law Council delivers.

A heavy setback for the government.

Still, most suggest that the government will try to push through the bill in any case, with minor adjustments.

Because even if the criticism is harsh from the Law Council, the alternative for the government is even worse.

If Cementa's operations on Gotland are stopped, it could have serious socio-economic consequences with stopped construction and extensive notice.

This suggests that the government will actually run over the Law Council in this case.

Nor is the opposition in the Riksdag prepared to stop this bill.

Admittedly, criticism is heard about the government's responsibility to deliver well-prepared bills.

But given the feared socio-economic consequences, the opposition will not try to stop the emergency law.

The Law Council is a body whose task is to review the Government's bills before they are presented to the Riksdag.

The Law Council's opinions are normally given great importance.

The government usually adjusts its bills based on views from the Law Council.

But there are also times when the government does not fully comply with the Law Council's criticism.

One such example in recent years is the so-called Upper Secondary School Act, which gave unaccompanied asylum seekers a new opportunity to stay in Sweden.