Amid international concern, Aden mourns the funeral of the first person killed in protests against the UAE-backed "Transitional Council" in southern Yemen

The people of the city of Aden buried the body of the first person killed in the popular protests against the Emirati-backed Transitional Council, while another person was killed in Hadramout Governorate, amid international concern over the deteriorating situation. 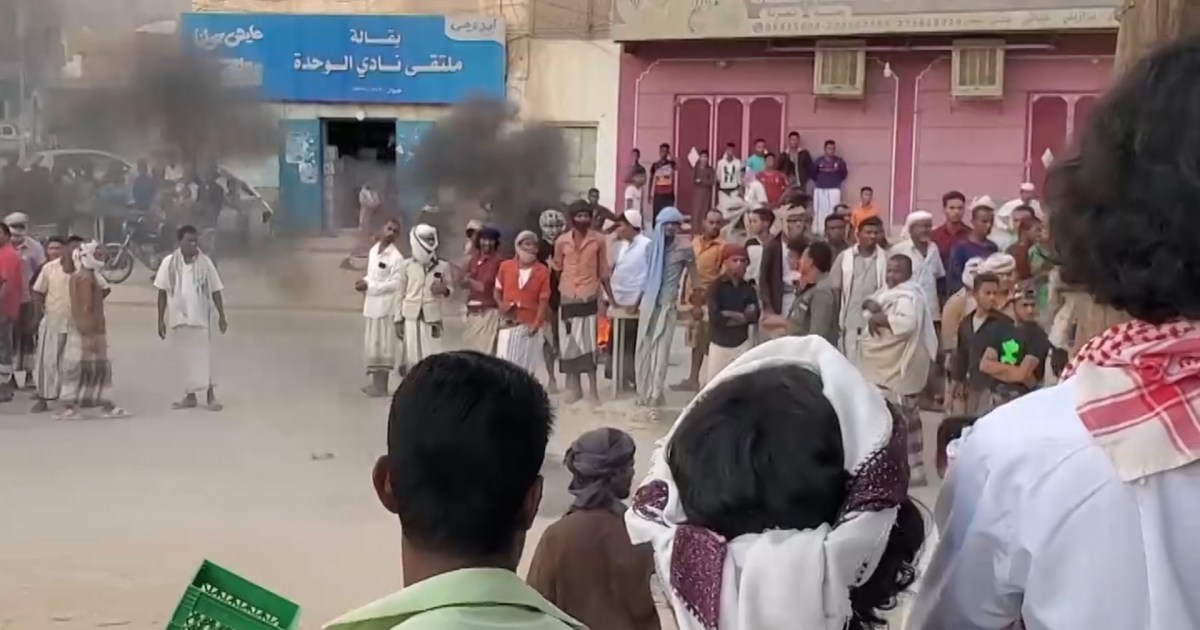 The people of the city of Aden mourned the body of the first person killed in the popular protests against the Emirati-backed Transitional Council, while another person was killed in Hadramout Governorate, amid international concern over the deteriorating situation.

Mourners in Aden buried the body of the 28-year-old Ziyad Zaher, who was shot dead by forces affiliated with the Transitional Council, while 5 others were wounded on Thursday evening.

The mourners demanded that decisive measures be taken to stop the deterioration of living and service conditions in the country, and to stop the repression against the protesting citizens.

Local sources reported that the demonstrations were renewed in the cities of Crater and Al-Tawahi, where the participants chanted slogans calling for the necessity of reforming economic conditions, controlling prices, and stopping the deterioration of the local currency.

A Yemeni medical source said that a citizen was shot dead by security forces in Hadhramaut, eastern Yemen, during the dispersal of a demonstration calling for the release of protest detainees.

The Governor of Hadramout, Major General Faraj Al-Bahsani, had announced a partial curfew in the governorate from eight in the evening until six in the morning.

In this context, the ambassadors of Britain, America, Saudi Arabia and the UAE to Yemen expressed their concern about the depreciation of the Yemeni riyal and the rise in food prices, and its impact on the Yemeni economy and the humanitarian situation.

During their meeting in Riyadh, the four ambassadors called on the Yemeni government to take the necessary steps to achieve economic stability.

The ambassadors stressed the provision of support to the Yemeni government, in addition to the importance of implementing the Riyadh Agreement, the government's return to Aden and its commitment to a political solution.

Several southern governorates have witnessed protests for more than a week, following a significant increase in food prices due to the unprecedented deterioration in the history of the Yemeni riyal, as the price of one US dollar exceeded a thousand Yemeni riyals.

With the decline of the local currency, the suffering of the population exacerbated, and the value of the salaries of many groups reached the equivalent of less than $100.

For nearly 7 years, Yemen has been witnessing a war that has killed 233,000 people, and 80% of the population - numbering about 30 million people - has become dependent on aid to survive, in the worst humanitarian crisis in the world, according to the United Nations.