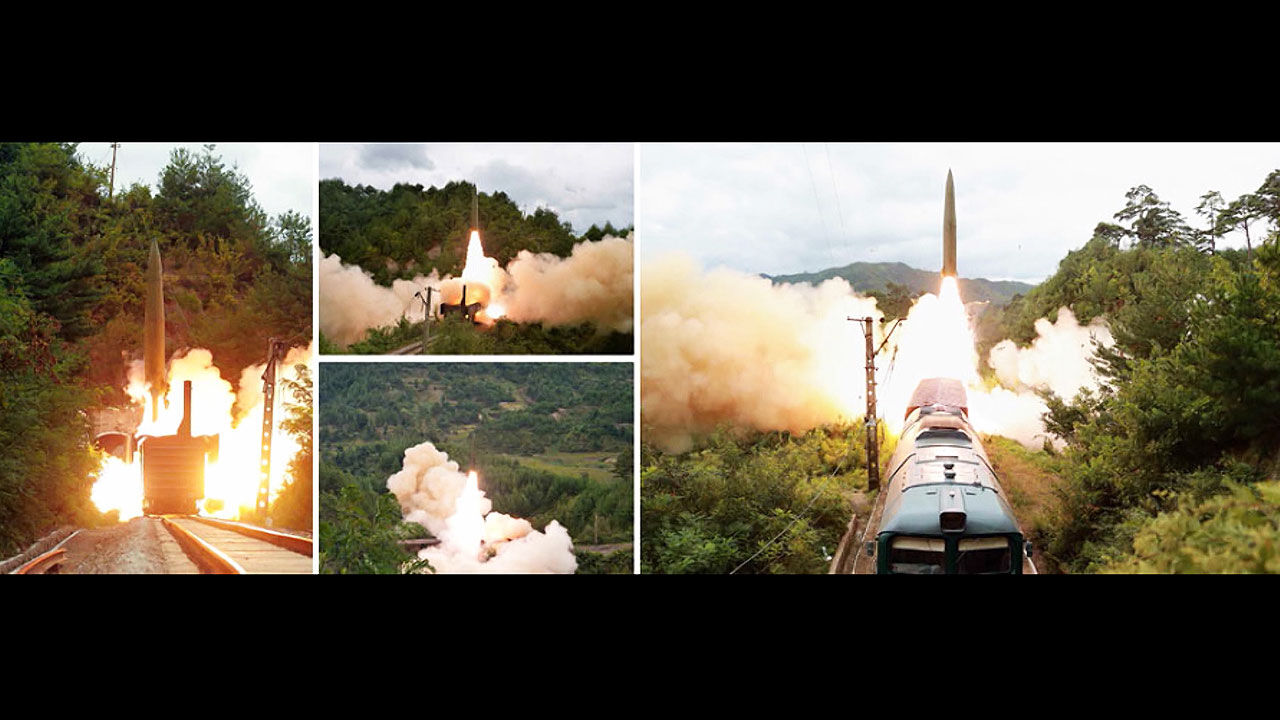 North Korea announced that it fired a ballistic missile that it launched yesterday (15th) from a train. The Korean Central News Agency (KCNA) also released related photos, saying that it conducted a railroad mobile missile exercise.

Four photos, including the appearance of the train and the missile launch, were released, and it was announced that the railway mobile missile regiment had undergone an inspection and firing drill.

The Korean Central News Agency reported that the railroad mobile missile regiment maneuvered into the central mountainous region early in the morning yesterday and accurately hit a target 800 km off the East Sea.

The training was conducted to confirm the practicality of the railway mobile missile system introduced for the first time into combat and to evaluate the combat readiness posture of the new regiment at any time.

It is explained that the Railway Mobile Missile Regiment was organized as part of the new defense strategy presented at the party congress in January this year.

General Secretary Kim Jong-un did not attend, as was the case with the long-range cruise missile launch, and Party Secretary Park Jeong-chun supervised the launch.

Park Jeong-chun emphasized the need to complete the use plan suitable for the terrain conditions, and the issue of expanding and reorganizing the railway mobile missile regiment into a brigade was also discussed.

According to the Joint Chiefs of Staff, North Korea fired two short-range ballistic missiles from the Yangdeok area in South Pyongan Province at an interval of 5 minutes at 12:34 and 39 minutes yesterday, and was detected to have flown at a maximum altitude of about 60 km and about 800 km.