Feeding Médor and Félix, without killing the cow Marguerite - France 24

Feed Médor and Félix, without killing the Marguerite cow Boulder (United States) (AFP) The start-up Bond Pet Foods makes a light brown powder with a nutty flavor, with hints of Parmesan, which will perhaps be the magic formula to feed dogs and cats with animal proteins, without killing calves, cows, pigs, broods. Rich Kelleman, the co-founder of this company based in Boulder (Colorado), had a click after reading a California study, according to which 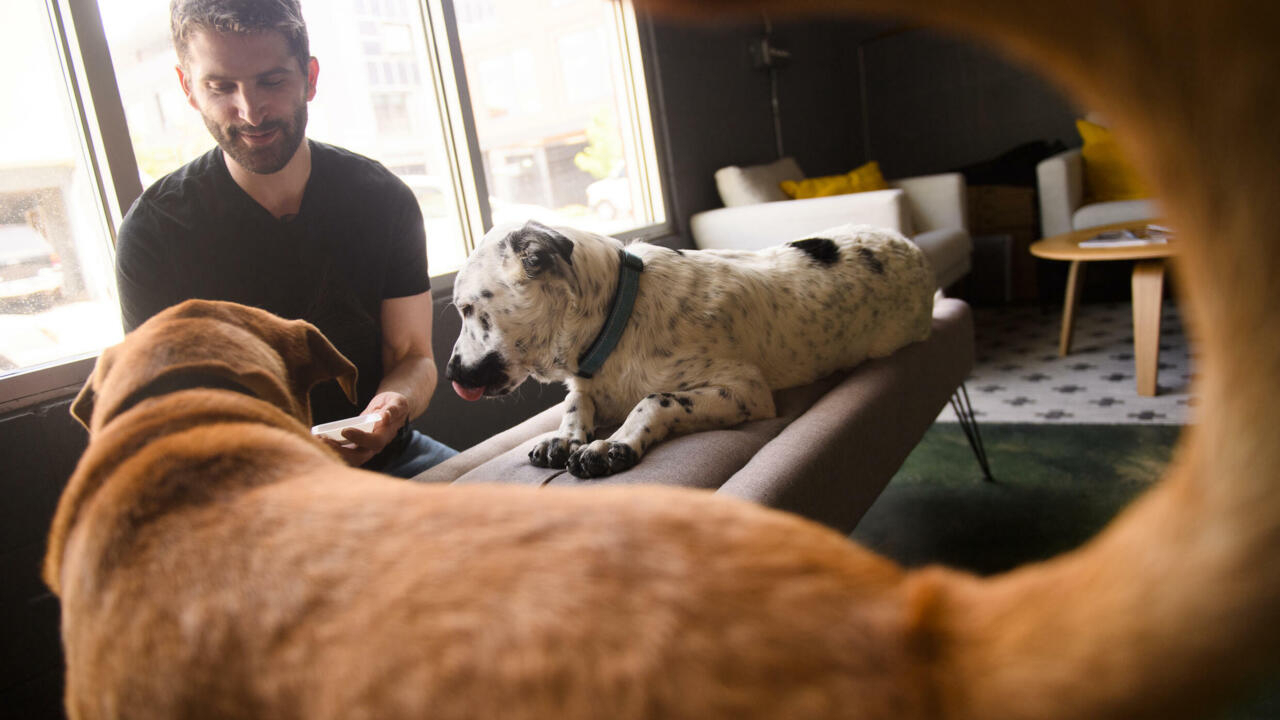 The start-up Bond Pet Foods makes a light brown powder with a nutty flavor, with hints of Parmesan, which will perhaps be the magic formula to feed dogs and cats with animal proteins, without killing calves, cows, pigs, broods.

Rich Kelleman, the co-founder of this company based in Boulder (Colorado), had a click after reading a California study, according to which American pets consume as many calories of animal origin as the entire French population.

This former communicator became vegan a few years ago, when he was in charge of the advertising strategy of Burger King, disgusted with the living (and death) conditions of the animals destined for the slaughterhouse.

But also for the sake of protecting the environment.

Because factory farming is responsible for 14% of anthropogenic greenhouse gas emissions, according to the United Nations.

But how can you escape this industry to feed dogs and cats?

They can't necessarily live on tofu and broccoli, or even vegetarian alternatives to meat.

"I have come to the conclusion that if a company manages to find the right formula, its marketing will be much easier than if it were food for humans," the entrepreneur told AFP.

Animals "don't need it to sizzle, to be appetizing like meat ... It just takes animal protein incorporated into food."

- The price of the croquettes -

His start-up drew blood from a high-end chicken, reportedly flowing happy days on a Kansas farm.

Biologists extracted DNA from it to insert it into a microbe.

This is put to ferment to produce animal proteins.

The process is similar to that of producing the protein used in making many cheeses.

"It sounds strange, but it's a mastered technique. We're just applying it to a new type of product," says Rich Kelleman.

Her dog Rumples seems to be enjoying it.

But his company still has many hurdles to overcome before it can hope for widespread adoption.

Even the most environmentally friendly "dog moms" watch the price of kibble.

"Since using fermentation tanks, our production costs have plunged from $ 100 to $ 5 per kilogram of protein. And within six months, we hope to be well below that," said Tony Day, CTO of the start-up.

Obtaining authorization from the health authorities will take even longer: at least two years of various tests and evaluations to verify the quality of proteins and their impact on the health and shape of quadrupeds.

Bond therefore plans to release finished products to the market, via large animal feed companies, for the second half of 2023.

There will then remain the crucial question of convincing humans, who are very concerned about the well-being of their doggies.

In a nearby park, canine owners are interested but cautious.

"I like the idea of ​​being able to feed my dogs with real animal protein without harming the planet", assures Rochelle Loughry, watching her two Australian Shepherds.

"In theory it looks good, but we should know if, in the long term, the benefits are the same as with real meat", tempers Jason Ackermann.

The subject crystallizes more tensions than one might think.

Greg Okin has received raging criticism from both conservatives and animal rights activists for his study on the environmental impact of cats and dogs that inspired Rich Kelleman.

"It looked like I was telling people to kill their animals or not to feed them!" Recalls the professor at the University of California UCLA.

Part of the problem, according to him, also comes from marketing on the theme "your dog is a wolf, your cat is a lion", in advertisements promoting more expensive products, rich in meat.

The professor has also heard the argument that animal feed anyway comes from poultry or beef by-products that humans don't consume: turning them into kibble therefore avoids waste.

"And you still kill an animal to feed another."