Boris Johnson tries to revive his policy by reshuffling his government

A year after the health crisis, the British Prime Minister announced on Wednesday a new composition of his government to try to find a "united" team responsible for dealing with the post ... 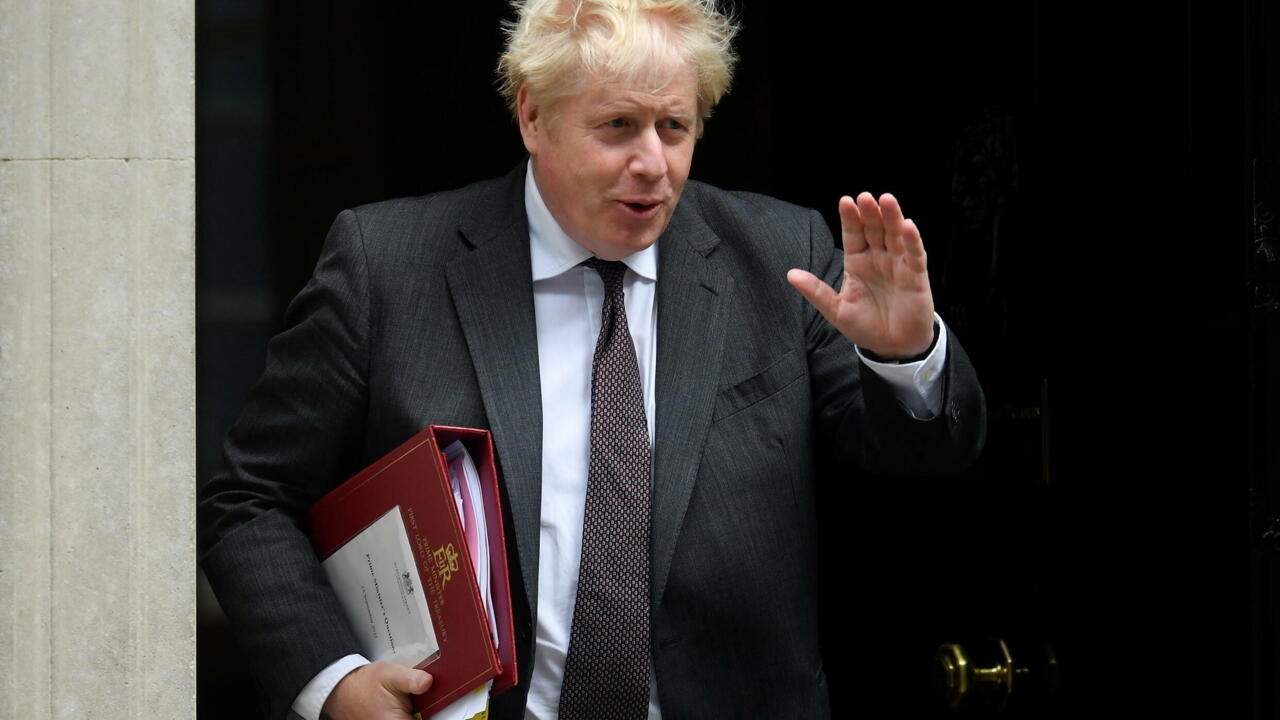 In search of a new dynamic, Boris Johnson reshuffled his government.

After weeks of rumors, the British Prime Minister indicated on Wednesday (September 15th) that he wanted to form a "united team" for the post-pandemic, separating from his foreign minister Dominic Raab.

After a year and a half of the very painful Covid-19 crisis for the United Kingdom and a much criticized departure from Afghanistan, while Brexit disrupts the country's supplies, the head of the Conservative government is looking for a second wind.

Among the heavyweights of the government that the press said threatened, the head of diplomacy Dominic Raab is replaced.

He became Minister of Justice with the title of Deputy Prime Minister, a position he had held de facto until then, leading the government in the spring of 2020 when Boris Johnson, sick with Covid-19, had been hospitalized.

The 47-year-old liberal had been criticized for his inaction in the face of the Afghan crisis, staying on vacation in Crete as Kabul fell to the Taliban in mid-August.

He then seemed to blame the army for certain mistakes made during the evacuations.

Foreign Trade Minister Liz Truss, 46, replaces him in this strategic post, as the UK seeks to strengthen its place on the international stage after Brexit.

Education Minister Gavin Williamson is stepping down from government as planned given his handling of school closures during lockdowns and the exam fiasco that followed, along with Justice Robert Buckland and Housing , Robert Jenrick.

The darling of the conservative press, the young and popular Minister of Finance, Rishi Sunak, 41, has on the other hand been confirmed, as has the Minister of the Interior, Priti Patel, yet given the hot seat given his inability to reduce the arrivals of illegal migrants through the Channel.

Downing Street touted the reshuffle as a way to "build a strong, united team to build back better after the pandemic", with the "goal of uniting and leveling the whole country" as a "goal."

This announcement comes at a delicate time for the 57-year-old head of government, who arrived at 10 Downing Street in the summer of 2019 and largely won the legislative elections of December 2019 with the promise to achieve Brexit, voted in 2016 but then in the 'dead end.

A recent poll by the YouGov institute showed a drop in popularity of the Conservatives (to 33%), overtaken by the Labor Party (35%) for the first time since the start of the year.

The government is paying in particular for the announcement of an increase in social security contributions intended to bail out the public health system brought down by the Covid-19 pandemic and to reform the dependency sector.

This brings the level of taxes to the highest since the post-WWII era despite the Conservatives' election promise not to raise taxes.

Consequences of the pandemic and Brexit

On the health front, the government is facing a delicate situation after lifting most of the anti-Covid restrictions in July despite the Delta variant.

He has thus allowed contaminations to remain at a high level (around 30,000 per day) and hospitalizations to increase, even if the trend is slow thanks to vaccination.

The start of the school year and the arrival of autumn - and its share of seasonal viruses such as the flu - raise fears of the worst for hospitals, at the risk of significantly worsening one of the worst results in Europe (more than 134 000 dead).

The government's plans unveiled on Tuesday to prepare for this winter are essentially based on a vaccination booster campaign, with recourse to barrier gestures such as indoor masks, teleworking or the vaccination passport only as "plan B".

On the economic front, if growth picks up again, the United Kingdom is facing the consequences of Brexit which accentuate the difficulties linked to the pandemic.

Several sectors are under labor force, including truck drivers, disrupting supplies, and inflation jumped in August to its highest level since 2012.