After thunderstorms and torrential rains in the Gard, a missing person

Severe thunderstorms and record rains hit the Gard department on Tuesday, where one person is missing. Météo-France continues to call for caution in the area where strong thunderstorms ... 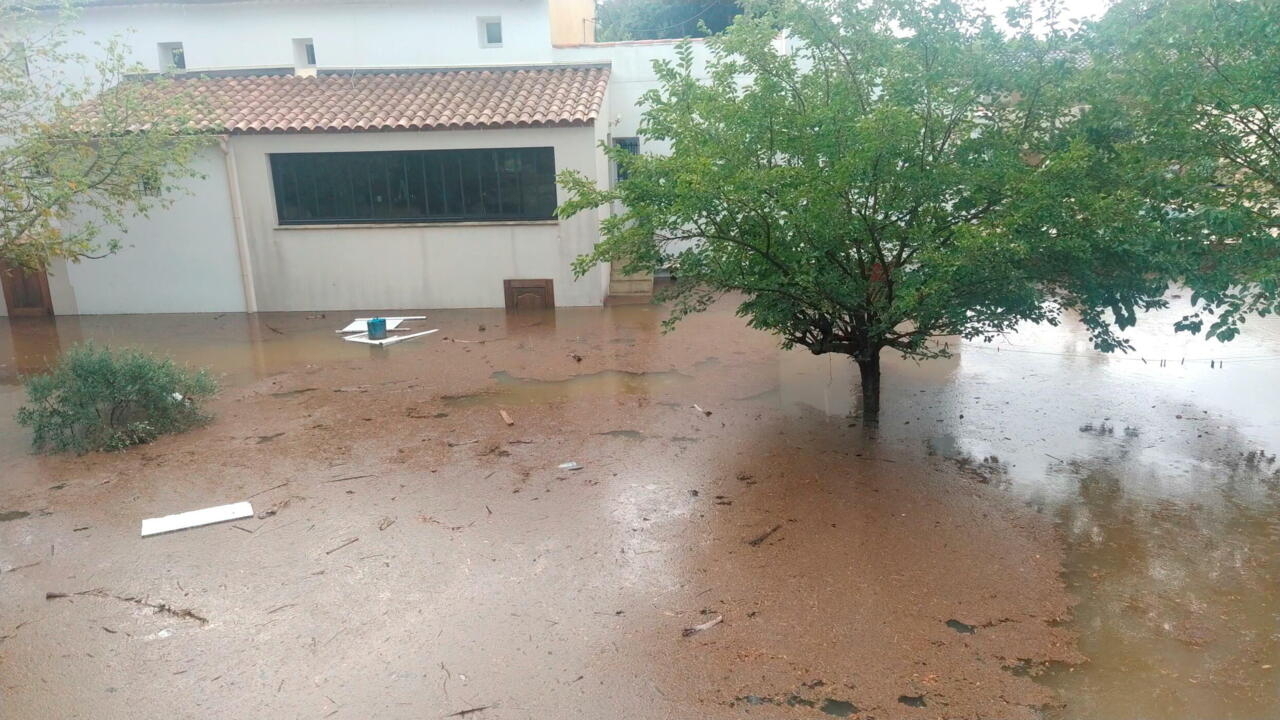 While Météo-France continues to call for caution in the Gard, violent thunderstorms and torrential rains have already hit the department on Tuesday, September 14.

"A person is missing in the town of Aimargues after a fall in the Rhôny river", south-west of Nîmes, the Gard prefecture said on Tuesday evening in its latest press release.

Before this person, two others had been temporarily missing earlier in the day, in Aigues-Vives and Uchaud, two localities close to the A9 motorway connecting Nîmes to Montpellier.

One "was found", specified the prefecture at the end of the afternoon, adding that the research and testimonies on the second wanted person led, "at this stage, to rule out the hypothesis of the disappearance".

So far, no casualty, except a "lightly injured" struck by lightning, has been officially reported in the department.

Come to meet the emergency services and the authorities on the spot on Tuesday evening, the Minister of the Interior Gerald Darmanin described "very exceptional, very concentrated and very unpredictable circumstances".

He warned about the following events: "We are particularly vigilant in Hérault and Gard, where we fear other episodes of this type in the hours and days to come."

The situation "will deteriorate again from tonight," the prefecture confirmed, announcing that "public and private schools will remain closed on Wednesday".

According to Météo-France, the Gard must return to orange vigilance for thunderstorms, rain-floods and floods on Wednesday from 6 am: "We expect high rainfall intensities of the order of 80 to 100 mm in a short time locally ", rains which" will sometimes occur in areas already weakened by the bad weather on Tuesday ".

The stormy wave that has affected a large part of the south of France since the start of the day has been particularly active in the Gard, where it has affected around sixty municipalities.

The department was placed on red vigilance between 11:30 a.m. and 2 p.m., and in particular around Nîmes, where the roof of a shopping center has partially collapsed.

"Nothing foreshadowed an event of such magnitude", had confirmed in the afternoon Marc Pontaud, expert of Météo-France: "244 mm in three hours in Saint-Dionisy, it is something exceptional ", he insisted, recalling that the absolute record in the Gard was until then 216.4 mm in Saint-Martial on September 19, 2020.

In the village of Aubord, many ground floors were flooded, but without significant damage, mayor André Brundu testified to AFP: "Fortunately we still have somewhere in our misfortune the chance to having two large retention basins that have played their role, it is nearly 460,000 m3 of water that have been retained. "

It is especially at the level of transport that the disruptions were the strongest.

While many roads and bridges were cut, the A9 motorway, a major axis connecting the Rhône valley, the Marseille region and Italy to Spain, was closed for several hours.

On this highway, "about 30 people were brought to safety by air and land," said the firefighters, who carried out a total of 60 helicopter hoists and 450 safety interventions.

At around 8 p.m., the motorway was reopened in both directions, Vinci said, but not on all lanes, with cleaning operations and work still underway.

In the morning, Météo-France had placed six departments in orange vigilance.

They had gone to twelve by the end of the afternoon.

"Another phenomenon is starting in Midi-Pyrénées, where a hundred millimeters in three hours are expected," warned Marc Pontaud, according to whom precipitation will again affect Languedoc in the second part of the night: "A priori , we rule out a worst-case scenario for the moment. "