Littering, graffiti and vandalism have previously taken place on and near the church's car park in central Skinnskatteberg. But a scribbled swastika was the icing on the cake - now a sign will be put up indicating that the parking lot is for visitors to the church and the cemetery. 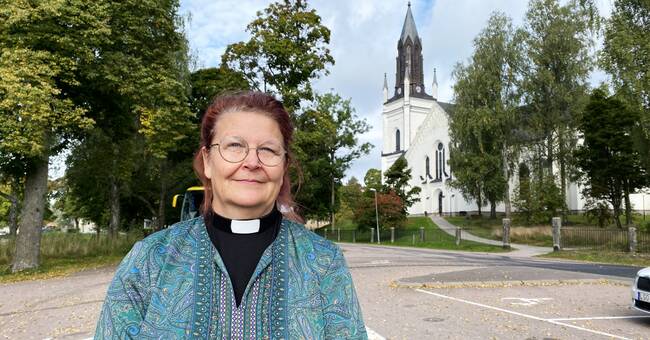 The car park is a popular place for motorized youth to hang out during evenings and weekends.

According to Åsa Svensson, acting parish priest, this has meant that visitors to the cemetery have avoided standing there or simply could not do so as vehicles have been parked in a row instead of in the parking spaces.

- But that we intend to put up this sign now is due to a scribbled swastika in the parking lot, where the line goes for me, she says.

Åsa Svensson points out that the church is not looking to point out any group and that they do not know who is behind last weekend's vandalism, where, among other things, a garden table from the pastoral expedition was destroyed.

The incident has been reported to the police.

"No one will be fined" - hear more in the video what the sign means in practice.