Floods and trains stopped: the Gard goes into red vigilance

The Gard went into a state of red vigilance on Tuesday at midday in the face of the risk of flooding, which followed violent thunderstorms and heavy rains. Lieutenant-Colonel Eric Agrinier, head of communication for the Gard firefighters, took stock of the situation at the microphone of Europe 1. 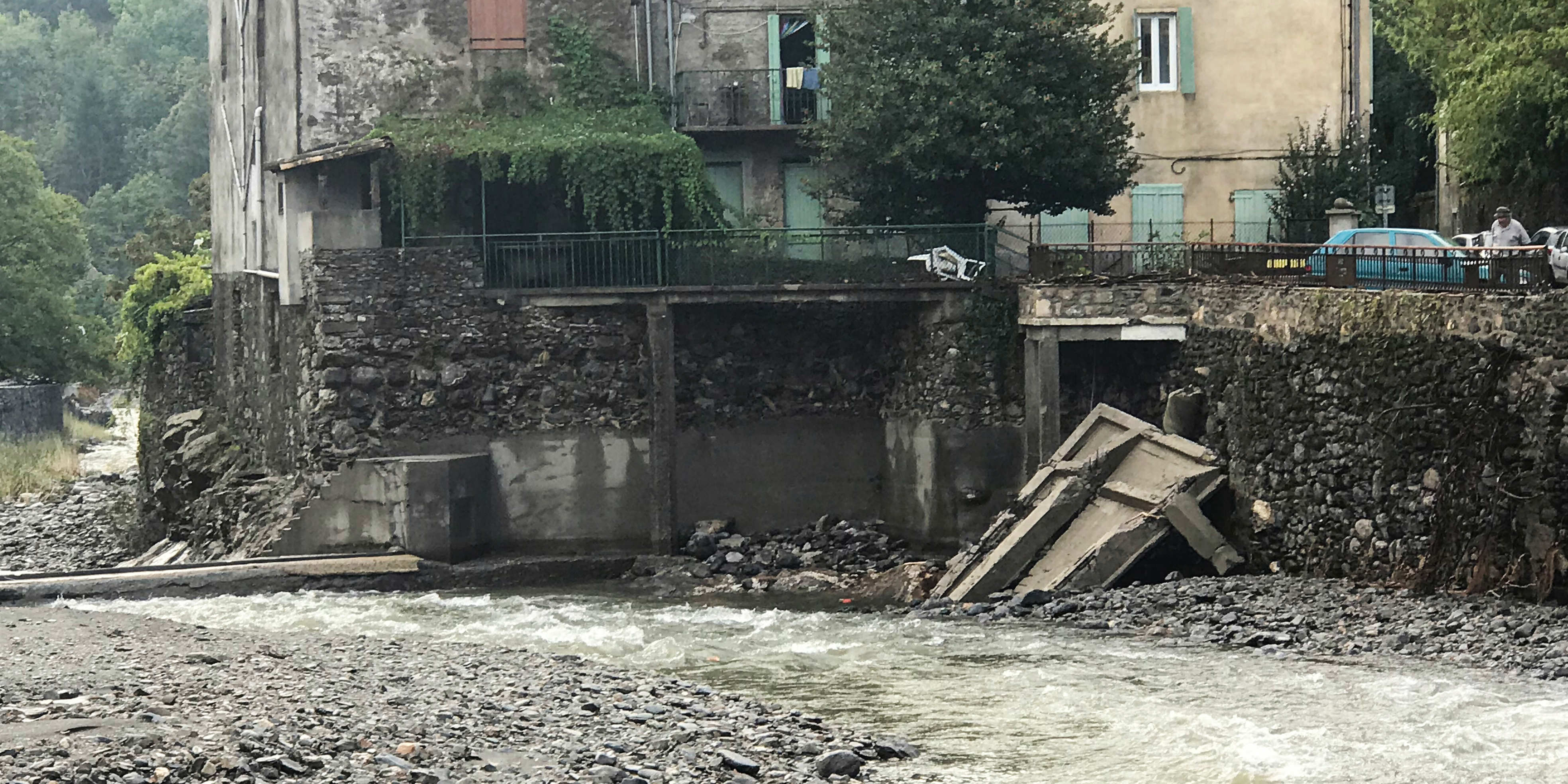 The Gard went into a state of red vigilance on Tuesday at midday in the face of the risk of flooding, which followed violent thunderstorms and heavy rains.

Lieutenant-Colonel Eric Agrinier, communications manager of the Gard firefighters, took stock of the situation at the microphone of Europe 1.

The images are impressive.

The Gard went into a state of red vigilance, Tuesday at midday, facing the risk of flooding following thunderstorms and heavy rains which have affected the department since the end of the night.

Bad weather which must continue until the beginning of the afternoon, with locally violent thunderstorms and not very mobile.

"We currently have a particularly intense rain and storm cell in the south of the department, more particularly in the Nîmes-Montpellier axis", confirms on Europe 1 Lieutenant-Colonel Eric Agrinier, communications manager of the Gard firefighters.

This rain and storm cell "affected this whole area with villages on both sides of the national 113", specifies the firefighter.

"These rains generated significant runoff on the roads, inside the villages with impacts on the populations and especially rail and road traffic."

Floods: among the causes, urbanization must be the subject of a "deep reflection"

At this stage, the A9 motorway is not closed "but the question arises" and the interchanges are closed, details Lieutenant-Colonel Eric Agrinier.

For its part, however, the SNCF "has completely stopped rail traffic on the Nîmes-Montpellier axis until at least 4 pm" and reserves the right to extend this closure if the situation does not improve.

Above all, do not take the road

The firefighter also recalled the instructions to follow in the event of flooding of a house. "There is no need to call for help if you have a few centimeters of water in your home. There is no immediate danger, especially when it comes to parts not useful for the survival of the family "like garages and cellars. "If we can position ourselves on a high point of the house, let's go. We stay calm, informed on all local and national radio stations." On the other hand, it is important not to take your vehicle.

While the schools welcomed the schoolchildren this Tuesday morning normally, all the pupils are kept for the lunch break inside the establishments, "so as to put neither the parents nor the school transport on the roads", finally explains the Lieutenant-Colonel Eric Agrinier. "Students are safe in schools, they will be welcomed and stay there as long as necessary."