Bikers, fans, a statue, a concert…: Johnny Hallyday celebrated in Paris Paris (AFP) Fans from far away, 150 bikers, a baptism of an esplanade, a statue and in the evening a concert in Bercy, in the presence of Brigitte Macron: a day of tribute to Johnny Hallyday took place Tuesday in Paris, near four years after the singer's death. "I came especially from Issoire in Auvergne, I wouldn't have missed it for the world," Monique Charrade, 53, told AFP among the fans. T 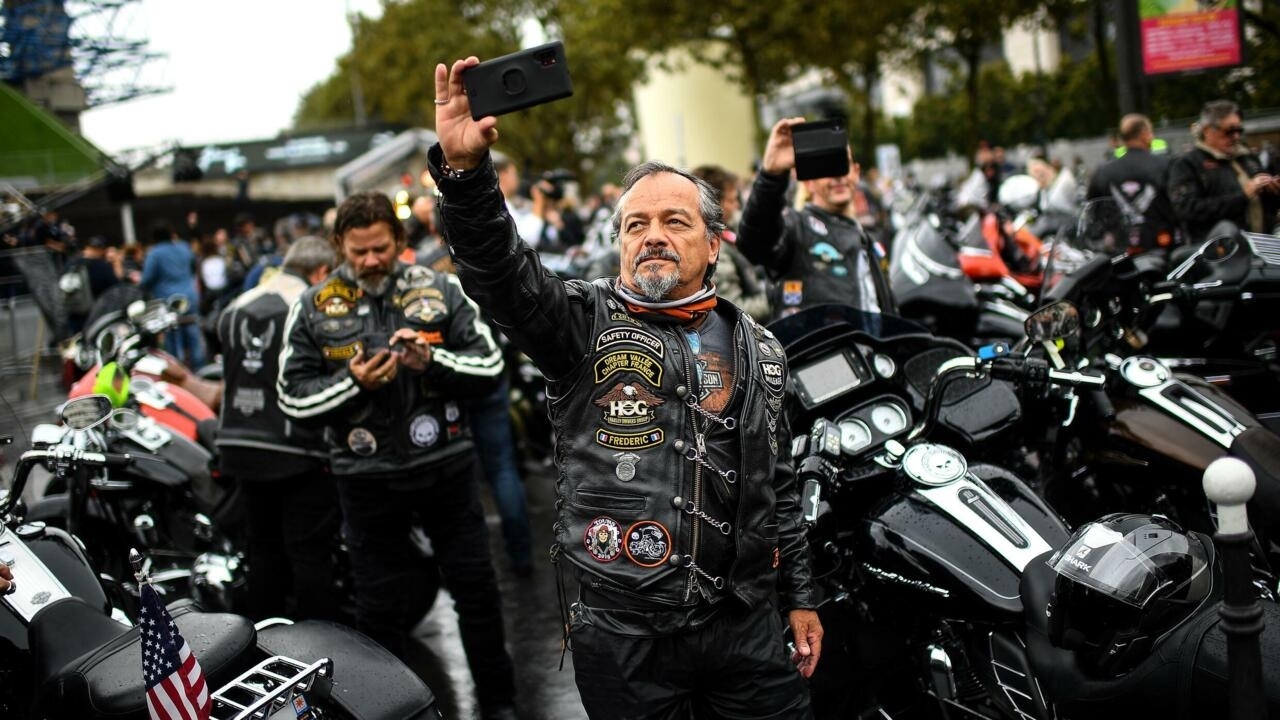 Fans from far away, 150 bikers, a baptism of an esplanade, a statue and in the evening a concert in Bercy, in the presence of Brigitte Macron: a day of tribute to Johnny Hallyday took place Tuesday in Paris, near four years after the singer's death.

"I came especially from Issoire in Auvergne, I wouldn't have missed it for the world," Monique Charrade, 53, told AFP among the fans.

This day was marked by several highlights.

Including the inauguration in the morning, between two showers, of the Esplanade Johnny in front of Bercy, with a plaque unveiled in the presence of Laeticia Hallyday, his widow, and Anne Hidalgo, mayor of Paris.

Laura Smet who did not wish to participate in this day of tribute, asked the mayor of Paris to read a message addressed to her deceased father: "I am so happy to know that there will be a place in my city where I'll be next to you. I love you forever. Your daughter Laura ".

"He was a rock," "Johnny is still with us," added Anne Hidalgo.

"Our wish was to offer a place in France where all the fans could come and pray without going to the other side of the Atlantic".

The singer was buried on the island of Saint-Barthélémy, in the West Indies.

"We will finally have a place to meet among fans of Johnny", rejoiced Véronique Berson, shopkeeper in Grandrieu (Lozère).

"It deserved to do 600 km, we have been waiting for this tribute for a long time!".

Some 150 bikers and their motorcycles were also present, some of whom had escorted Johnny's coffin to the Madeleine on December 9, 2017.

Bercy and its surroundings were not chosen at random: the favorite rocker of the French gave 101 concerts there, making him the male artist who has performed there the most times.

The subway was also on time for Johnny.

The Bercy station on Line 14 was renamed for one day "Bercy Johnny".

A work by plastic artist Bertrand Lavier entitled "Something from ...", an allusion to the famous hit by Johnny Hallyday, unveiled on September 14, 2021 in Paris Christophe ARCHAMBAULT AFP

Various appreciated, a work of the plastic artist Bertrand Lavier was unveiled: the statue of 6 meters is composed of a pole in the shape of a guitar neck, with at the top a Harley Davidson that belonged to Johnny.

And at 9:00 p.m., on the Bercy stage, the "Johnny Hallyday that I love you" concert brought together some 10,000 impatient fans, chanting Johnny's name.

The show was broadcast live on France 2, and mobilized around fifty musicians in symphonic training.

Organized by his widow, this concert attended by the wife of the Head of State, lined up the headliners for covers of the rocker's successes (Florent Pagny, Patrick Bruel, Louis Bertignac, Gaëtan Roussel, Patrick Fiori, Julien Doré…).

Laeticia Hallyday and her daughters Joy (2eG) and Jade (D) alongside the mayor of Paris Anne Hidalgo (L) during the inauguration of the esplanade Johnny Hallyday on September 14, 2021 in Paris Christophe ARCHAMBAULT AFP

Catherine Ringer covered "Gabrielle" and Calogero "Something from Tennessee".

The taulier's voice resonated again in the Parisian room with a few titles from the archives projected on a giant screen.

At the last note, Johnny's voice: "you're hot tonight! Me too!".

A recording of Johnny performing "The Quest", accompanied on stage by Yvan Cassar, his former artistic director, was to conclude this tribute concert.

On the eve of the fourth anniversary of the singer's death (on the night of December 5 to 6, 2017), Johnny's songs continue to live on: the "Act II" of his great titles in symphonic version has just been released, the first opus had sold more than 500,000 copies and its titles are successful even on the platforms.