Space tourism: what projects on the horizon? - France 24

Space tourism: what projects on the horizon? Washington (AFP) A few minutes or a few days, just above the outer space border or higher than the International Space Station ... private journeys in the cosmos, when they follow each other, will not necessarily be the same. The space tourism sector is still in its infancy, but the year 2021 marked a turning point, with the multiplication of missions. Update on the various projects. - SpaceX - 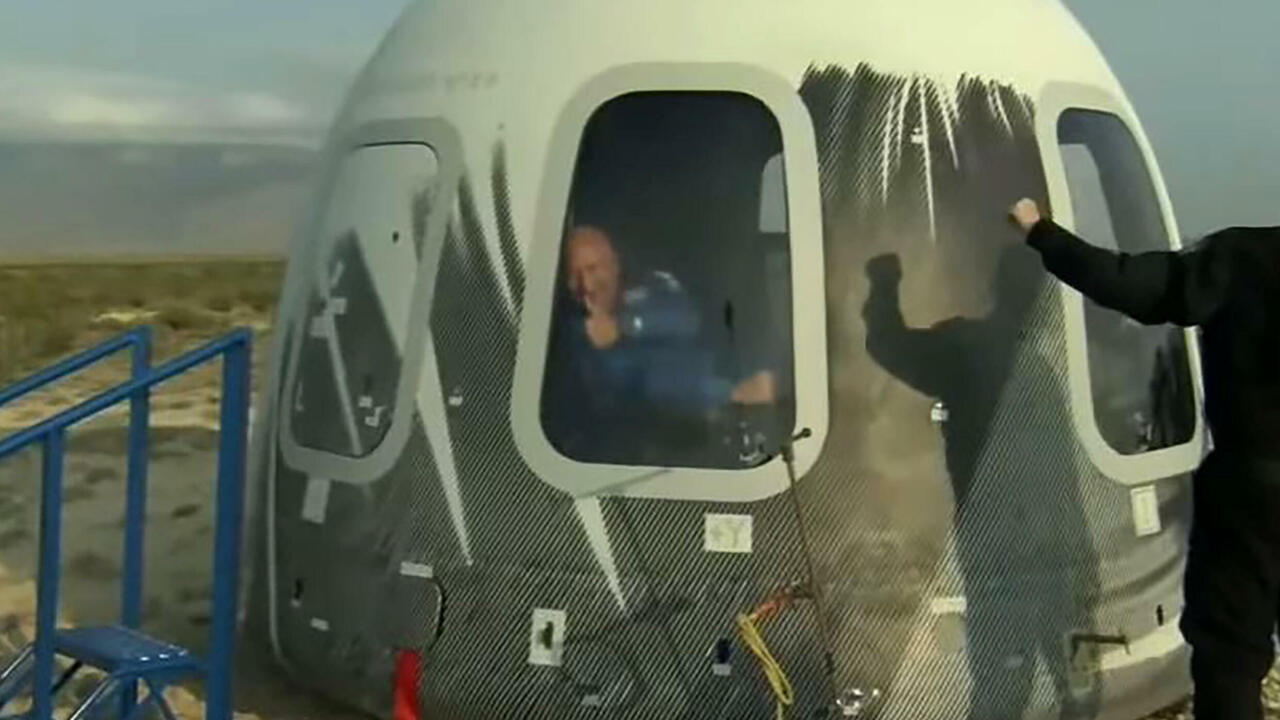 A few minutes or a few days, just above the outer space border or higher than the International Space Station ... private journeys in the cosmos, when they follow each other, will not necessarily be the same.

The space tourism sector is still in its infancy, but the year 2021 marked a turning point, with the multiplication of missions.

Update on the various projects.

Elon Musk's company is scheduled to send four passengers into space this week for three days in space.

They will take off from Florida using a Falcon 9 rocket, and will stay in the Dragon capsule.

This will be the first mission to send into orbit around the Earth only complete novices, without a professional astronaut on board.

Called Inspiration4, it was chartered by billionaire and American pilot Jared Isaacman, at his expense.

They will go beyond the altitude at which the ISS is located.

In January 2022, three businessmen will visit the ISS, alongside an experienced astronaut, formerly of NASA.

The mission, which is to last 10 days in total and named Ax-1, is being organized by the company Axiom Space, which has signed up for three more future flights with SpaceX.

They will operate in the American segment of the ISS, where they will conduct scientific experiments.

It was the latter who had organized the trips of seven tourists in the ISS, between 2001 and 2009, aboard Russian rockets.

Japanese billionaire Yusaku Maezawa is due to take a trip around the moon, presumably in 2023, this time aboard the Starship rocket, still under development by SpaceX.

The mission is called Dearmoon.

The experience offered by Virgin Galactic is radically different: just a few minutes in space.

The ship does not look like a standard rocket.

A huge carrier plane takes off from a conventional runway, then drops aloft a spacecraft driven by two pilots, resembling a large private jet.

This ignites its engine until it exceeds 80 km in altitude - the limit of space according to the American army -, then descends while hovering.

Passengers can detach themselves and float for a few moments in zero gravity.

On July 11, Virgin Galactic founder and billionaire Richard Branson himself took part in a test flight from New Mexico.

The start of regular commercial operations is scheduled for 2022.

Jeff Bezos' company also offers an experience of a few minutes in zero gravity, but above 100 km - the Karman line, which marks the beginning of space according to the international convention.

The fully automated rocket takes off vertically, and the capsule detaches in flight, before falling back to Earth braked by three parachutes and a back-propeller.

The Amazon founder was among the first four passengers to make the trip aboard West Texas on July 20.

Russia will send an actress and a director to the ISS in October, aboard a Soyuz rocket.

The goal: to shoot the first fiction film in orbit and in zero gravity.

Also thanks to a Soyuz, the Japanese Yusaku Maezawa is due to go to the ISS in December.

The trip is to last 12 days and is being organized through Space Adventures.

Russian actress Yulia Peressild, June 4, 2021 in Moscow, who will take off aboard a Soyuz rocket next October to join the ISS DIMITAR DILKOFF AFP / Archives

This company also announced a mission to the ISS in 2023 in a Russian rocket, for two participants, one of whom will have the opportunity to perform a spacewalk.

Other companies are developing less ambitious projects, like Space Perspective: a capsule with a 360 ° view is slowly pulled by a ball the size of a football stadium.

For $ 125,000, and despite spectacular views, it only reached an altitude of 30 km, still far from the limit of space and weightlessness.