Second femicide in less than 24 hours: it happened in Fagnano Castello after the case of Agnosine

Double femicide in the day in Cosentino and Bresciano. Since the beginning of 2021, 42 women have already been murdered 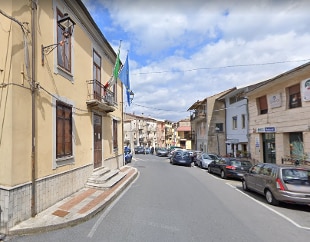 13 September 2021 In Fagnano Castello, in the Cosentino hinterland, yet another femicide took place. The tragedy took place at home, in the early afternoon, at 14.00 at the height of yet another quarrel between the two spouses. Her 52-year-old husband, Giuseppe Servidio repeatedly hit his 43-year-old wife, Sonia Lattari, with a knife with numerous cuts to the abdomen.

When help arrived, there was nothing more for the woman to do. The man is in custody while the investigations proceed to understand the reasons for the family tragedy. The couple had had frequent quarrels for some time, in the man, it seems, an obsessive jealousy had arisen towards the woman who had been several times in the process of filing a complaint for the mistreatment suffered but had not done so. Sonia Lattari had not even wanted to be helped by the listening center, which had offered her support. In the afternoon, after having lunch with the children, the husband, a hauler and known as the 'Corsicano' because he was born in Ajaccio, began shouting at his wife, a housewife, hence the explosion of the furious quarrel until the fatal ending.

It was the man who called 112. The soldiers of the Carabinieri Company of San Marco Argentano, promptly intervened in the house, could not help but ascertain the death of the woman, poured into the kitchen. On the spot also her husband, who after admitting that he was the one to call 112, said he was the perpetrator of the crime. Servidio was accompanied to the San Marco Argentano barracks at the disposal of the competent judicial authority, who intervened on the spot together with the coroner. The investigative activity of the Carabinieri Company of San Marco Argentano and the Investigative Unit of Cosenza is coordinated by the Prosecutor of the Republic of Cosenza.

In the morning a 46-year-old woman, Giuseppina Di Luca, mother of two daughters aged 24 and 21, employed as a worker, was killed by her husband from whom she was separating, 52-year-old Paolo Vecchia. It happened in Agnosine, in Valsabbia, in Bresciano, where the victim had moved since the beginning of August, after the separation from her husband. The marital home is located in Sabbio Chiese.

This morning the man reached his ex-wife at the apartment where the victim lived on the third floor of a building and hit her with a dozen stab wounds on the stairs of the house facing the Town Hall, then constituted himself in the barracks of the Carabinieri of Sabbio Chiese where he was arrested for murder. A switchblade knife and a dagger which are presumed to be the murder weapons have been found by the military. The man made use of the right not to answer before the investigators. It seems that with acquaintances and friends Paolo Vecchia began to show signs of a strong discomfort following the separation.

The massacre of women by husbands and companions has never stopped since the beginning of the year: 42 women have already been murdered throughout the country.