In a congressional hearing... Blinken: Nothing pleases our opponents more than being mired in the quagmire of Afghanistan for another decade

Blinken defended before the House of Representatives the Biden administration's policy on withdrawing from Afghanistan, arguing that the president had a choice between ending the war or escalation, and that nothing would satisfy the opponents more than drowning in the quagmire for another decade. 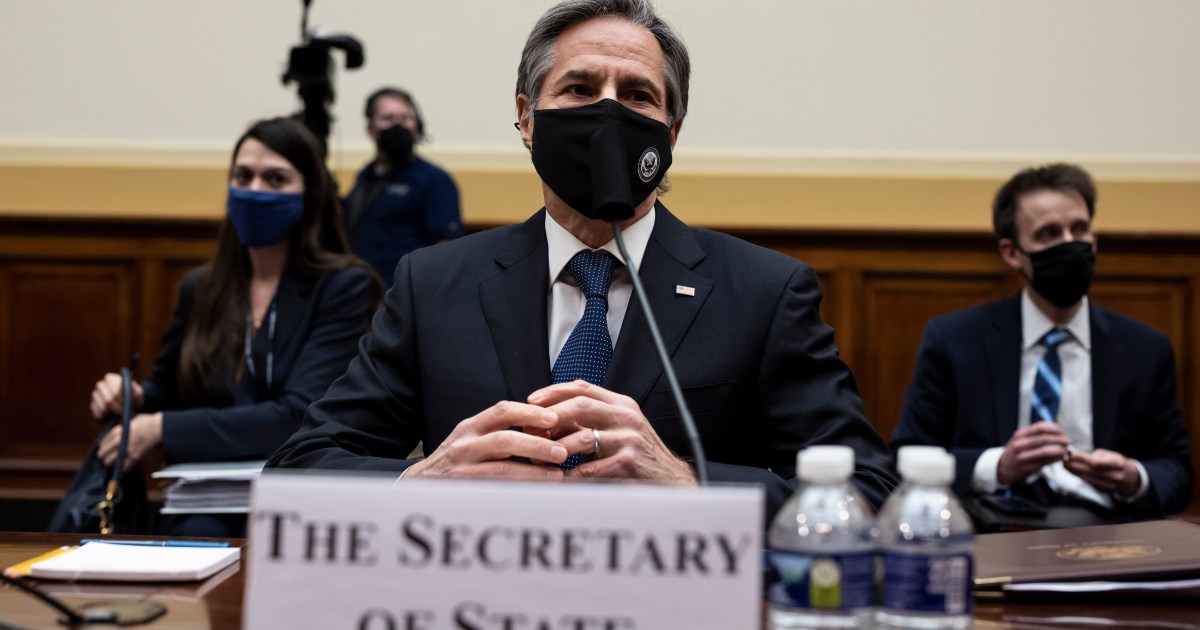 US Secretary of State Anthony Blinken defended in front of the House of Representatives today, Monday, the policy of the administration of President Joe Biden on the US withdrawal from Afghanistan, saying that the president had a choice between ending the war or escalation, and that there is nothing that satisfies the opponents more than drowning in the quagmire for another decade.

Blinken said in a hearing before the House Foreign Affairs Committee on Monday that the Taliban were at their strongest militarily by January 21 since the attacks of September 11, 2001.

He added that President Biden had two options, namely ending the war in Afghanistan or escalation, considering that there was no evidence that the stay of his country's forces in Afghanistan for a longer period would be beneficial.

"We focused on the safety of Americans in Afghanistan and started urging them to leave the country," Blinken added.

As US Secretary of State Blinken said, "Nothing will satisfy our competitors and adversaries more than for the United States to sink into the quagmire of Afghanistan for another decade."

"There is no indication that our staying longer will make the Afghan government and its forces more resistant," he added.

Blinken added that the US military was prepared by order of President Biden and began the evacuation process within 72 hours, stressing that the emergency evacuation was imposed by the collapse of the Afghan government forces.

The US Secretary of State also said that the flights that took off from Kabul Airport after its rehabilitation were a joint effort between his country, Qatar and Turkey, explaining, "We have moved our diplomatic work from Kabul to Doha and are continuing to help the Americans and Afghans leave Kabul."

In another context, Blinken said, "We expect the Taliban's commitment to ensuring freedom of travel, respect for the rights of women and minorities, and the fight against terrorism."

The US minister vowed vigilance and caution to monitor any terrorist threat in the region and maintain the ability to respond, and said that the Taliban pledged to prevent terrorists from using Afghan lands to launch an attack on his country or its allies.

On Tuesday, the US Secretary of State is scheduled to appear before the Senate to testify on the issue of the US withdrawal from Afghanistan.