Gaza as Israel wants it... Learn about the "calm in exchange for development" plan

Israeli Foreign Minister Yair Lapid proposed a plan to improve living conditions in the Gaza Strip in return for Hamas' commitment to a long-term lull, while acknowledging that the demand to disarm the resistance is not realistic. 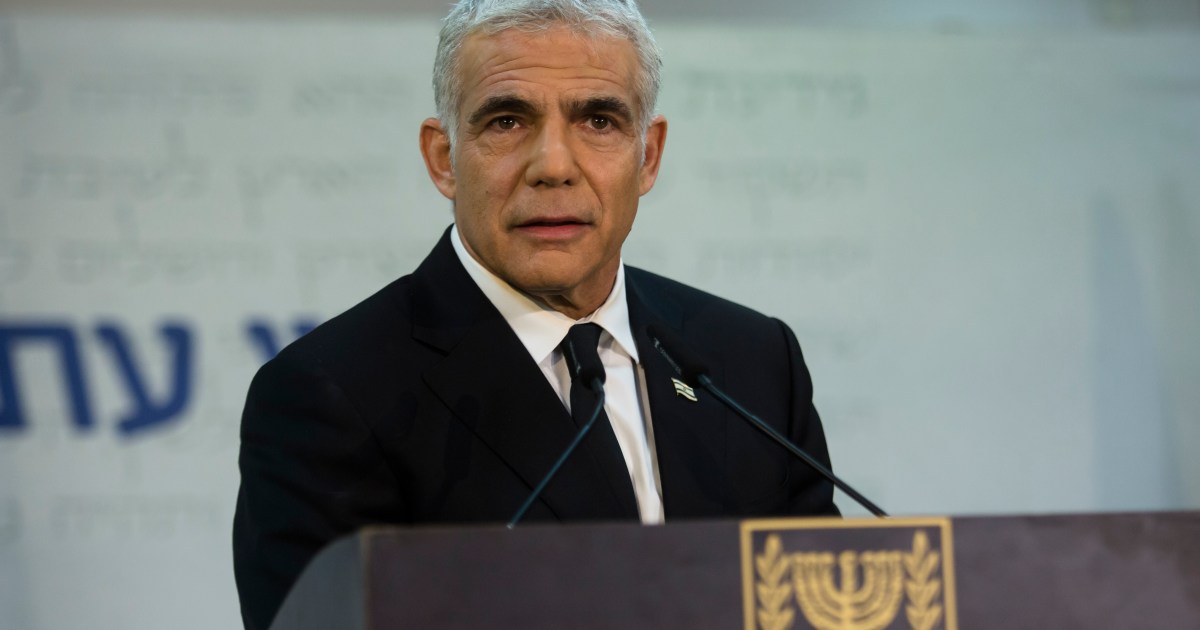 Israeli Foreign Minister Yair Lapid proposed a plan to improve living conditions in the Gaza Strip in return for Hamas' commitment to a long-term lull, while acknowledging that the demand to disarm the resistance is not realistic.

Lapid revealed the plan, yesterday, Sunday, during a speech to the annual conference on combating terrorism, which was held Sunday at Reichsman University in the city of Herzliya, northern Israel.

He explained that he discussed the idea of ​​the plan with a number of world leaders, including his American counterparts, Anthony Blinken, and the Russian Sergey Lavrov, in addition to officials in Egypt, the European Union and the Gulf, according to what was reported by the Israeli newspaper Yedioth Ahronoth.

The Israeli foreign minister called the plan "Economy for Security in Gaza."

He considered this plan more realistic than what was previously called rehabilitation for the disarmament of Gaza.

The Israeli minister explained that the plan was formulated in his office to be implemented in two phases:

The first is the reconstruction and provision of humanitarian needs in Gaza, in return for weakening Hamas' military power through international forces, without providing any explanations in this regard.

As for the second stage, he called it a complete economic plan that guarantees security so that it contributes to a totally different and positive way of life in the Gaza Strip.

Lapid said that the second stage is to ensure security, and Gaza accepts the details of the first stage, in addition to the Palestinian Authority taking over the affairs in the field of civil and economic administration in the Strip.

The Minister of Foreign Affairs of Israel noted that as part of the second phase;

The artificial island project will be developed off the coast of Gaza, which will allow the construction of a port, and a transportation network will be built between the Strip and the West Bank.

"The electricity and gas connection system will be reformed, a water desalination plant will be built, significant improvements will be made to the health care system, and the housing and transportation infrastructure will be reconstructed," he said.

Lapid added that the second phase will include promoting international investment inside the Gaza Strip and joint economic projects with Israel, Egypt and the Palestinian Authority.

"In return, Hamas will abide by a long-term calm," the Israeli foreign minister added.

He said the plan aims to show that the Hamas campaign is the reason the Palestinians live "in conditions of poverty, scarcity, violence and high unemployment, without hope."

"For a long time, the only two options were an invasion of Gaza or endless violence. But those are bad options," he added.

The Israeli minister stressed that he is not calling for negotiations with Hamas because "Israel does not talk with terrorist organizations that want to destroy us."

The population of Gaza, who are more than two million Palestinians, suffers from very poor living conditions due to the continuous Israeli blockade of the Strip, since Hamas won the legislative elections in 2006.

In addition to this siege, the Israeli occupation army launches from time to time military operations on Gaza, the latest of which was an aggression that lasted 11 days between May 10 and 21, and ended with Egyptian mediation.

Only hours after Lapid's statements, the occupation army announced that it had intercepted a missile fired from Gaza towards southern Israel, in the third incident of its kind within days.

At dawn on Monday, the Israeli Air Force launched several raids on Hamas sites in Gaza, in response to the rocket launch on Sunday evening, according to Palestinian security sources and the occupation army.

A security source in Gaza said that "warplanes raided at dawn today 5 sites belonging to the resistance in different areas in the Gaza Strip."

He explained, "The raids targeted a site in Rafah, two sites in Khan Yunis, another in Deir al-Balah in the southern Gaza Strip, and a site in the town of Beit Lahia (north), causing severe damage, but no injuries were reported."