From "Bumblebee" to "Iskander": what contribution did the designer Sergei Invincible make to the defense capability of the USSR and Russia?

On September 13, 1921, the famous creator of Russian missile weapons, Sergei Invincible, was born. He played a key role in the development of 28 systems, including the Shmel, Malyutka, Shturm, Chrysanthemum anti-tank systems, Tochka and Oka ballistic missile combat systems. Some of the weapons created by the scientist had no analogues in terms of range and power. In addition, the Russian army continues to benefit from the technological legacy of the Invincible. The works of this particular designer made it possible to develop the Iskander operational-tactical complex. Experts call the scientist "the titan of the Russian rocket engineering school." 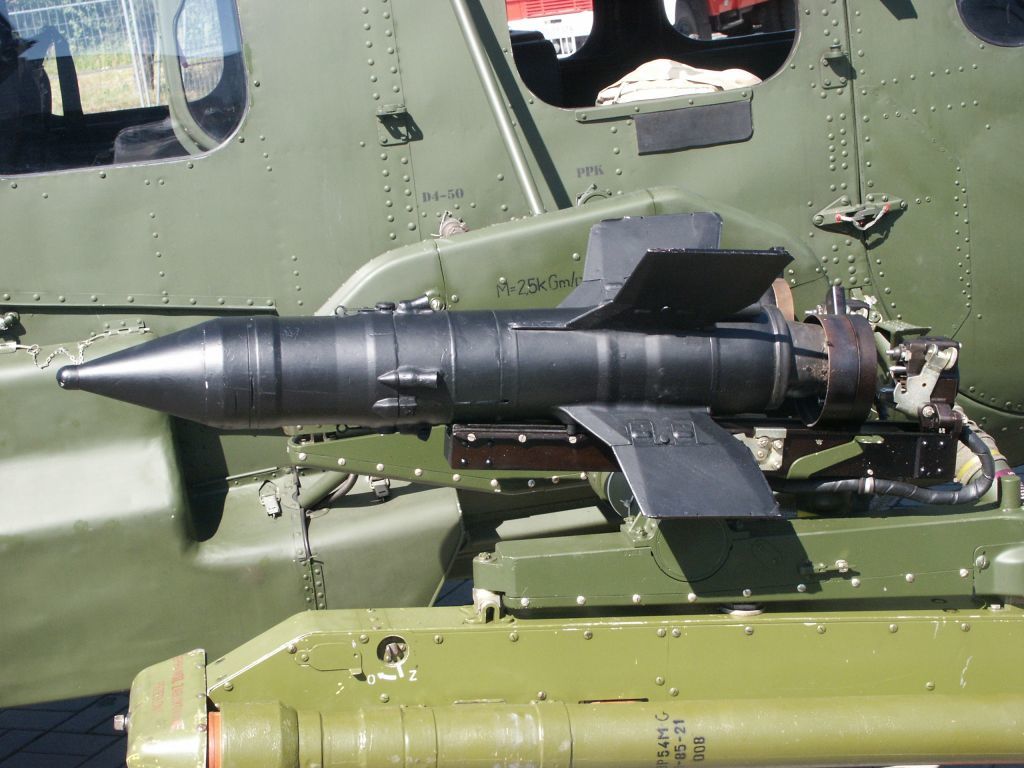 Thanks to his talent, the Soviet and then the Russian army received unique samples of weapons of various types.

Invincible, in 1945 he graduated from the ammunition department of the Moscow Higher Technical School.

Bauman (now - MSTU named after N.E.Bauman) and until 1989 worked in Kolomna, near Moscow, in the Special Design Bureau of smoothbore artillery (since 1964 - Design Bureau of Mechanical Engineering, KBM).

Even while studying at Baumanka, Invincible was engaged in research in the field of anti-tank missile weapons.

At that time, this was a promising direction in weapons thought, since artillery guns did not always succeed in hitting tanks, which were becoming more and more high-speed and maneuverable.

The leadership of the USSR decided to stake on the creation of anti-tank missile systems (ATGM).

Many tasks in this area were assigned to the Kolomna enterprise.

In 1957, a separate design bureau was created with the expectation of the Invincible.

Three years later, the scientist presented the Bumblebee missile system to Nikita Khrushchev and members of the Politburo.

It was a launcher with rails, which was mounted on army vehicles.

The weapon could hit targets at a distance of up to 2 thousand meters. The complex was brought into combat position in two minutes.

"Bumblebee" was adopted by the Armed Forces of the Soviet Union on August 1, 1960 and was mass-produced until 1966 at the plant.

"Bumblebee" became the technological basis for the development of other, more advanced anti-tank systems.

One of them was the Malyutka complex, which was distinguished by its compactness and increased firepower.

The designers managed to reduce the weight and dimensions by making extensive use of plastic materials in the warhead hull and wing compartment.

At the same time, specialists from the Moscow Region increased their armor penetration in comparison with the Bumblebee.

"Baby" could strike at a distance of up to 3 thousand meters. In terms of range, this ATGM surpassed similar models of NATO member countries.

Licensed production of the complex was established in Poland, Czechoslovakia, Bulgaria, Yugoslavia.

The brainchild of the Invincible was produced in portable and self-propelled versions.

The ATGMs were equipped with the latest systems and assemblies at that time (1960s) - a single-channel control scheme, a gas steering machine and a belt gyroscope.

The missiles of the complex had folding wings and therefore were placed in knapsack suitcases carried by the soldiers.

The Baby turned out to be a simple and inexpensive means of destruction, becoming an extremely popular weapon throughout the world.

According to Invincible, the cost of one rocket was comparable to the price of a black and white TV.

The scientist has repeatedly compared his invention with such visiting cards of the USSR's combat power as the Kalashnikov assault rifle, the MiG-21 fighter and the S-75 anti-aircraft missile system.

The ATGM demonstrated its high combat qualities in the Arab-Israeli conflict of 1973, when the Egyptian army defeated an Israeli tank regiment of 800 vehicles with the help of Soviet complexes.

Currently, in a modernized version, "Baby" is used by the troops of Vietnam.

The modification, which is operated by the Armed Forces of this country, is equipped with a tandem warhead capable of penetrating combat vehicles equipped with dynamic protection systems.

The next stage in the evolution of anti-tank weapons was the Shturm complex with the world's first supersonic missile in this class.

In addition to a significantly higher speed, the Kolomna designers, under the leadership of Invincible, were able to bring the firing range of the ammunition to a record figure of 5 thousand meters. The armor penetration was also significantly increased.

"Shturm" was intended for installation on the chassis of the high-pass MT-LB armored vehicle.

The machine was equipped with an optical control device and a command radio link.

The ATGM was also mounted on the Mi-24 Krokodil attack helicopters.

As the war in Afghanistan showed, the airborne modification was effective against militants who often hid in mountain gorges and caves.

The complex was created as a means of destroying tanks with dynamic protection, low-tonnage surface targets, low-flying aircraft, engineering structures and manpower in shelters.

ATGMs have no restrictions for firing at different times of the day, but at night, target illumination is required with the help of lighting shells or other means.

The ammunition load of a combat vehicle with a Shturm launcher is 12 missiles placed in an automated ammunition rack.

Depending on the type of target, the combat crew could use missiles with several types of warheads at the enemy: tandem cumulative with an armor penetration rate of at least 800 mm, high-explosive and high-explosive fragmentation.

The rate of fire of the "Shturm" reached three or four rounds per minute.

Currently, this ATGM is in service with the Russian army in a modernized form.

The maximum firing range of the improved weapon is 6 thousand m, the minimum is 400 m.

At the same time, "Shturm" is gradually being replaced by the "Chrysanthemum-S" ATGM system, which is considered today the most powerful land-based weapon in the world in its segment.

Sergey Invincible also participated in the creation of this complex.

The key difference between "Chrysanthemum-S" from previous products was the ability to detect and destroy the enemy in the absence of optical visibility.

The complex can be used for dust or smoke screens, fog, rain and snowfall.

For this ATGM, an automatic radar system for detecting and tracking targets was developed with simultaneous control of the missile in the guidance process.

“The complex was also additionally equipped with a second, semi-automatic laser guidance system.

Such a two-channel control system makes it possible for the Chrysanthemum-S to fire simultaneously at two targets at once with a hit probability close to one, "Rostec's materials say.

The complex is installed on a well-protected tracked chassis from the BMP-3.

ATGM can fire on the move and forcing a water barrier.

The armor penetration of the Chrysanthemum-S missile can reach 1000-1100 mm.

Invincible also achieved breakthrough results in the field of creating portable anti-aircraft missile systems (MANPADS), made on the basis of the principle of "fire - forget".

Its main brainchild is the "Arrow-2", which was successfully used in the battles of the Arab states with Israeli aircraft, and the modernized version received the baptism of fire in the Vietnamese campaign.

The appearance of MANPADS endowed infantry formations with serious advantages, which were previously practically defenseless against enemy aircraft and helicopters.

Currently, the Kolomna enterprise supplies the Russian army with the Verba complex, which experts call the crown of the evolution of domestic MANPADS.

Another front of the work of the Invincible was the development of self-propelled complexes with ballistic missiles.

In 1975, in broad cooperation with other Soviet enterprises, KBM completed the creation of the Tochka tactical system with high-explosive fragmentation and special (nuclear) warheads.

The tasks of the complex included hitting targets at a distance of 15 to 70 km.

Then, in the course of modernization, the Tochka's range was increased to 120 km.

The advantages of this weapon included increased firing accuracy, maneuverability, stealth, and a short time to prepare for launching and leaving the firing line.

In 1980, the Oka operational-tactical missile system (OTRK) with a firing range of 50 to 400 km was adopted by the USSR Armed Forces.

The head of the ballistic missile was designed in such a way that it remained practically invisible on the enemy's radar screens.

Army formations equipped with the Oka were stationed in the countries of the Warsaw Pact.

According to experts, the deployment of these complexes near the borders of NATO states made a significant contribution to the containment of the North Atlantic Alliance in the 1980s.

However, after the signing in 1987 of the Treaty on the Elimination of Intermediate-Range and Shorter-Range Missiles (INF Treaty), all combat vehicles and missiles of the complex were disposed of.

Formally, Oka was not covered by the document.

Moscow's decision to destroy the OTRK was of a political nature and became a gesture of goodwill, Dmitry Kornev, founder of the Military Russia portal, explained in an interview with RT.

“And yet, the labors of the Invincible were not in vain.

On the basis of Oka, the Iskander OTRK was subsequently developed with amazing combat characteristics.

This work was carried out by his students.

Despite the destruction of the INF Treaty, the Iskander remains of great importance for the security of our country and is likely to be modernized several times, ”Kornev said.

In particular, Kornev draws attention to the fact that the designer was equally successful in creating completely dissimilar complexes, which spoke of his extraordinary mind and incredible talent.

In a commentary on RT, Dmitry Litovkin, editor of the newspaper Nezavisimoye Voennoye Obozreniye, called Invincible "the titan of the Russian rocket engineering school."

As the expert emphasized, the scientist's technological heritage is so rich that Russia still continues to enjoy the fruits of his labor.

“For example, an improved version of Shturm is installed on Russian attack helicopters, providing a high level of armor penetration.

The most powerful and unique weapon is the Chrysanthemum.

And without the creation of Tochka and Oka, Iskander would not have appeared, which, among other things, is recognized in the West as the most effective operational-tactical complex in the world, ”Litovkin summed up.