Drone attack near US forces at Erbil airport

Security officials in the Kurdistan region of Iraq said - yesterday, Saturday - that an attack by drones took place near the US forces stationed at Erbil International Airport in northern Iraq. 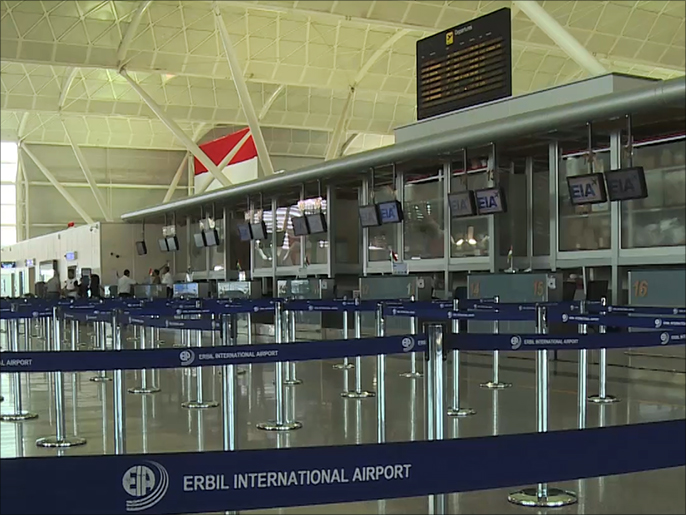 Security officials in the Kurdistan region of Iraq said - yesterday, Saturday - that an attack by drones took place near the US forces stationed at Erbil International Airport in northern Iraq.

The Internal Security Service in the Kurdistan region of Iraq - and its capital is Erbil - had initially said that 3 missiles had landed near the airport.

But a second statement from the Kurdish counter-terrorism force said the attack was carried out using drones loaded with explosives.

There have been no reports so far of damage or casualties.

Witnesses said they heard at least six explosions in the area.

The airport in Erbil has been subject to repeated attacks over the past year, including attacks using drones loaded with explosives.

US officials blamed the previous attacks on armed factions allied with Iran, which pledged to fight until the departure of the remaining 2,500 American soldiers from the country.

The region has previously been subjected to similar attacks this year, and US Secretary of State Anthony Blinken pledged in mid-February to support his country in the investigation into the missile attack that targeted the US base near Erbil airport, leaving one dead and nine wounded, including Americans.

At the time, Iranian Foreign Ministry spokesman Saeed Khatibzadeh said that "we have no connection with the Erbil attack, and we reject any action that endangers Iraq's security," and condemned "suspicious attempts to accuse Iran of being behind the attack on Erbil Airport."

In mid-April, the attack on Erbil International Airport was targeted, and a group called "Awliya Al-Dam Brigades" claimed the attack.

Kurdish security officials said at the time that a missile landed near Erbil airport, and the governor of Erbil said that no material or human damage resulted from the missile targeting the airport.