Camorra ambush in Torre Annunziata: a convict killed in the street 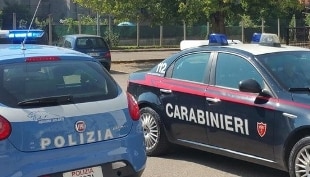 12 September 2021 Killed with three gunshots while he was in the square in front of the church of Sant'Alfonso in Torre Annunziata. This is how Francesco Immobile, 35, already known to the police, was killed.

After the Camorra ambush that took place in the southern area of ​​the city, near Naples, Francesco Immobile was allegedly loaded into a private car and rushed to the emergency room of the San Leonardo hospital in Castellammare di Stabia. An attempt to save his life, as desperate as it is in vain, given that the 35-year-old died of very serious injuries.

Meanwhile, at the scene of the crime, the area of ​​the square in front of the church of Sant'Alfonso de 'Liguori, there are agents of the Police Commissioner, who investigate the episode of clear Camorra origin, to carry out all the surveys. In addition to the police there are also the Carabinieri. At the moment it is not excluded that the murder may be connected to yesterday's shooting in Torre Annunziata. Another 57-year-old offender was wounded with 2 gunshots in the legs and buttocks.

The mayor of Torre Annunziata

'' The release of some prominent personalities linked to local organized crime, in an already particularly compromised context such as the one in Torre Annunziata, is having a nefarious effect: that of unleashing a war between rival factions for the control of the territory ''. Speaking is the mayor of the Vesuvian city, Vincenzo Ascione, after the two ambushes. "It is a situation that is no longer sustainable - continues the mayor - for which it is necessary to take drastic measures, before it can further degenerate". '' We place - concludes the mayor of Torre Annunziata - the utmost confidence in the work of the police and the judiciary so that those responsible for these deplorable actions are brought to justice as soon as possible ''.