"GoPro" competition.. Watch the "Facebook" and "Ray-Ban" glasses that depict everything you see and publish on social media

Facebook is trying to diversify its sources of income, and in cooperation with the famous eyewear company Ray-Ban, it has launched glasses that record video clips and share them on Facebook and other social networking sites. 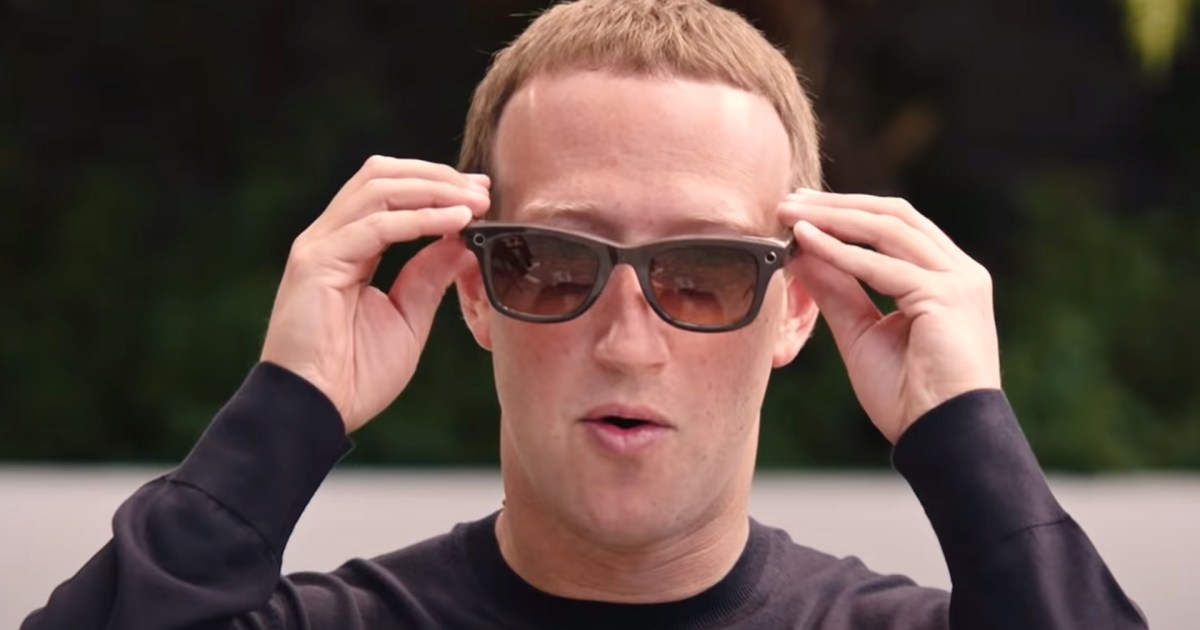 Facebook has launched smart glasses that can capture everything you see, designed by Ray-Ban and can upload screenshots to social media to share with friends, called Ray-Ban Stories. ).

The glasses can be used to take photos and videos, thanks to the built-in 5-megapixel cameras, and there are 3 microphones that make it possible to answer phone calls as well.

Video is recorded using these glasses at a resolution of 1184 x 1184 at 30 frames per second, with a field of view of 105 degrees, and you can capture clips of up to 30 seconds.

The camera is activated with the push of a button, or with a voice command.

It can store 35 video clips and up to 500 photos, and can be uploaded in seconds to the new Facebook View app and wiped off the glasses for easy reuse.

And if you're panicking about privacy, Facebook helped create a dual-LED warning indicator on the camera, which will flash if you're recording a video or taking photos, to alert people near you about photography, but unfortunately there's no way to prevent users from Capture hidden footage in public places.

Designed to be as stylish as possible, the glasses included popular Ray-Ban designs such as the Wayfarer, Round and Meteor, with 6 different types of lenses, including prescription options, and there are 5 colors also available: Black Glitter, matte black, glossy blue, glossy olive, glossy brown.

All models come with a battery-powered charging case.

It can get about 6 hours of use, according to the site "Facebook".

These glasses cost about $299, and if they are equipped with polarized lenses, they cost $329, and may be expensive for some people, but they are a fun alternative to the GoPro camera for ordinary consumers, and Ray-Ban Stories glasses are sold at Ray-Ban website.