Threatened, the bottlenose dolphin under close surveillance in the Mediterranean - France 24 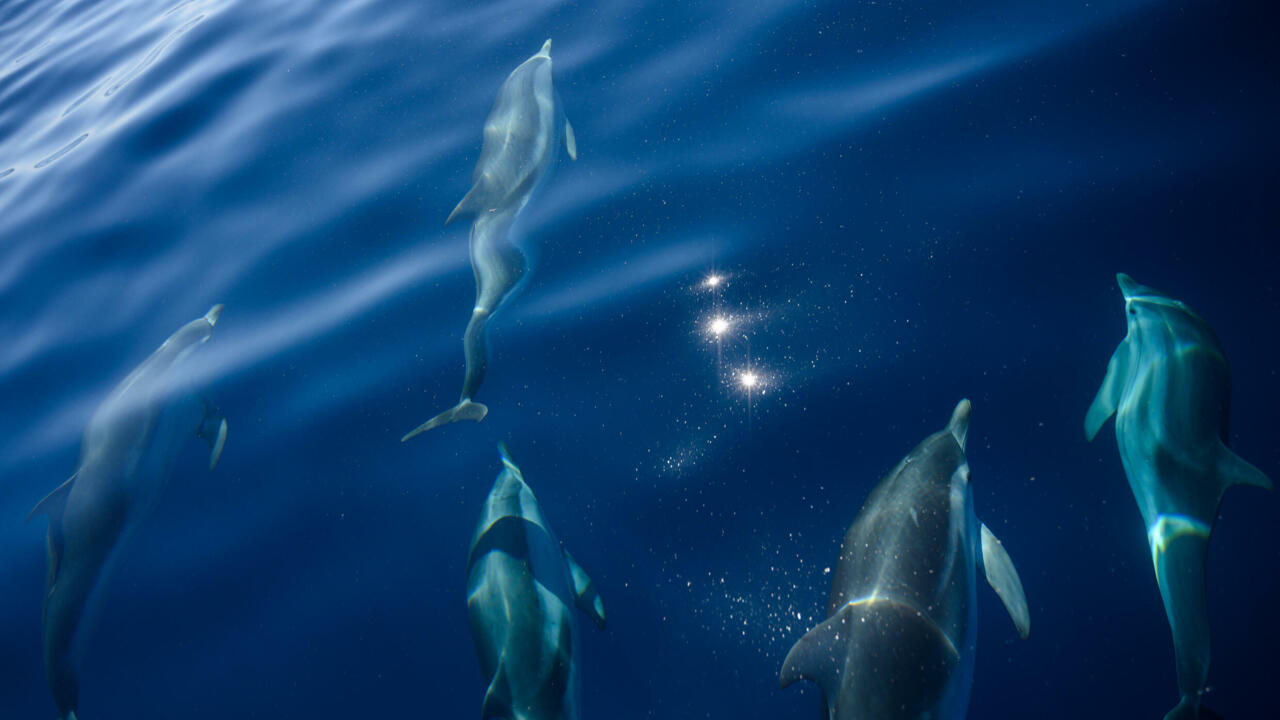 Off the coast of Saint-Raphaël (France) (AFP)

Binoculars in hand on their catamaran, they fix the blue horizon off the Gulf of Saint-Tropez, on the lookout for the bottlenose dolphin.

The work of these biologists: better understand this cetacean, endangered in the Mediterranean, to better protect it.

Their mission, Tursmed 2, aims to promote the conservation of the bottlenose dolphin, the sympathetic "Flipper" of television series, a species common at the beginning of the 20th century in the Mediterranean, which became noticeably rare in the 1950s.

It is now classified as "vulnerable" by the International Union for the Conservation of Nature (IUCN) which holds its world congress in Marseille.

For three weeks, the Miraceti association sails in the French Mediterranean, in partnership with the French Office for Biodiversity (OFB), to see this animal.

First objective: "to collect the maximum amount of data, presence and absence", summarizes Andrea Antich, in charge of the Tursmed 2 mission, because currently "we do not have enough to estimate the population size".

"In the Mediterranean, it is not possible to assess the ecological state of cetaceans due to a lack of campaigns at sea", deplores Benjamin Guichard, head of mission at the OFB.

"We only have a partial view of the species. Before the 2000s, and in particular the first flight over the Mediterranean in 2011, we knew nothing about our marine mammals".

On board, the protocol is strict: three observers on the deck and a boat that sails at a maximum speed of six knots (a little over 10 km / h), to be sure not to miss any animal.

A volunteer from the Miraceti association observes dolphins near Saint-Raphaël (Var) on September 7, 2021 Nicolas TUCAT AFP

When they observe a cetacean, the biologists of Miraceti inform in a dedicated software the behavior of the animal or the group, the presence of babies or young, and photograph it to identify it.

Alongside them for this mission which is carried out under the aegis of the Ministry of Ecological Transition, Lionel Laso, ranger-monitor at the Calanques National Park, a set of coves between Marseille and Cassis, came to be trained.

"The bottlenose dolphin is the only cetacean in the Mediterranean subservient to the continental shelf, close to the coasts, which exposes it to more interaction with humans than others," he notes.

This hardy mammal is also interesting, according to Andrea Antich, as a "sentinel of other species."

"Since it is at the top of the food chain, it will give us information on the contaminants in the water."

Another danger for this predator which, for lack of resources, tends to get too close to fishermen's nets: accidental capture.

Observation of dolphins near Saint-Raphaël (Var) by the Miraceti association on September 7, 2021 Nicolas TUCAT AFP

Of all the stranded dolphins, 33% are because of these accidental captures, compared to only 8% 25 years ago.

"A significant additional mortality which justifies the improvement of knowledge and robust monitoring", concludes a French government report from 2018.

"Fishermen have the obligation to report any cetacean capture in their nets, but they do not do so, for fear of reprisals," deplores Benjamin Guichard.

In the Mediterranean, strong tourist pressure also generates many dolphin watching trips that are not always respectful of the animal.

The Mediterranean, which only represents 1% of the world's seas, is also one of the busiest.

In ten years, it has recorded a 58% increase in transit capacity, associated with a 30% increase in vessel size.

Traffic responsible for collisions, even if they affect more whales, for example.

The only way to permanently prevent these accidents, according to Miraceti, is to impose a reduced speed in certain areas, to less than 10 nautical knots.

But the current marine protected areas do not make it possible to obtain this regulation that only the International Maritime Organization (IMO) could impose.

At the IUCN summit in Marseille, four Mediterranean countries - France, Italy, Monaco, Spain - announced that they wanted to file a motion with the IMO, proposing to establish a Particularly Vulnerable Maritime Zone in the western Mediterranean, for a better species protection.

For Benjamin Guichard, we must act quickly: "If we notice a decrease in populations during the next flight, it will already be too late to react ...".