China News Service, Fuzhou, September 10 (Ye Qiuyun) The press conference of the 9th Strait Youth Festival ("Hain Festival") was held on the 10th in Fuzhou City, Fujian Province.   It was revealed at the meeting that the Ninth Straits Youth Festival held 24 events throughout the year in a combination of "online + offline", including 4 concentrated events and 20 series of events, covering digita 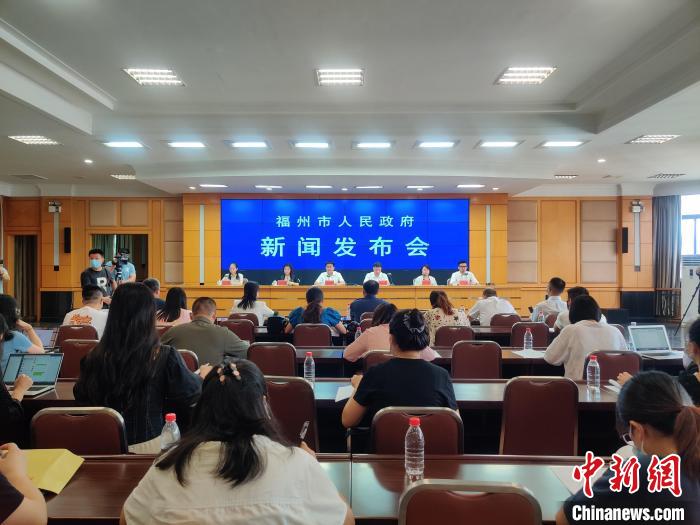 It was revealed at the meeting that the Ninth Straits Youth Festival held 24 events throughout the year in a combination of "online + offline", including 4 concentrated events and 20 series of events, covering digital economy, maritime Fuzhou, and rural areas. Rejuvenation, community building, non-genetic inheritance, ancient home protection, talent exchange, physical education and many other fields.

From September 14th to 18th, the Haiqing Festival will be held in Fuzhou in a "1+3" model, namely: "1" is the core of the Strait Youth Summit; "3" is the cultural exchange of youths across the strait in Huangxiang Zhou, Strait Meteorological Youth Meeting, and 2021 Strait Digital Sports Competition will be the focus.

The reporter was informed at the press conference that this year’s Haiqing Festival has innovated the “N+N” cross-strait online and offline multi-city multi-point linkage model, and in accordance with the positioning of “based in Fujian, connecting the two sides of the strait”, it will give full play to the efforts of youth organizations and non-governmental organizations on both sides of the strait. The main role is to set up branch venues in more than 20 places on both sides of the strait, including Beijing, Shanghai, Chengdu, Wuhan, Hangzhou, Taipei, Taichung, and Matsu. It is expected that more than 2,000 Taiwanese youths will directly participate in Haiqing Festival activities online and offline, and the participation of Taiwanese youths will be expanded. Scale and coverage.

On September 10, the press conference of the 9th Strait Youth Festival was held in Fuzhou City, Fujian Province.

It is worth mentioning that the Straits Youth Summit is the “highlight” of this Haiqing Festival. The cross-strait sub-venues have increased from 5 last year to 7 in Chengdu, Shanghai, Hangzhou, Wuhan, Guangzhou, Taipei, and Taiwan. A city where Taiwan’s youth is concentrated will form a benign interaction with the main venue of Fuzhou.

Since the Straits Youth Festival was first held in 2013, it has been successfully held for 8 consecutive times. Fuzhou City is committed to building the Haiqing Festival into the largest cross-strait youth exchange platform with the widest field of exchanges and the largest number of youth participation in Taiwan.

Like Zeng Zhiying, many Taiwanese youth "landed" through the Haiqing Festival to pursue dreams, build dreams, or realize their dreams.

In recent years, Fujian Province has attracted more than 38,000 young Taiwanese who have come to Fujian for internships, employment and entrepreneurship, introduced more than 90 Taiwanese young architects, cultural and creative teams, and more than 300 Taiwanese township builders, serving more than 170 villages.

In order to keep up with the theme of the times, this Haiqing Festival invites outstanding Taiwanese youths who have won national, provincial and municipal honors for the first time to participate in the event. Combining hot topics such as Taiwan compatriots going to the mainland to vaccinate, lunar exploration projects, etc., share entrepreneurship and employment in the mainland The stories of learning and life show the responsibilities of young people on both sides of the strait in cooperation in fighting the epidemic, technological innovation, rural revitalization, and community governance.

At the same time, this year’s Haiqing Festival also selected 1,232 high-quality jobs for Taiwan’s youth, with an average annual salary of 150,000 yuan, involving software development, game planning, education, medical care and many other fields, further encouraging Taiwan’s youth to come to the mainland for employment and development.