Study: Covid-19 may cause renal impairment

People who have been ill with covid-19 may have impaired kidney function, according to a US study. This also applies to those who have not needed hospital care. - It is definitely not good, says Annette Bruchfeld, professor of kidney medicine at Linköping University. 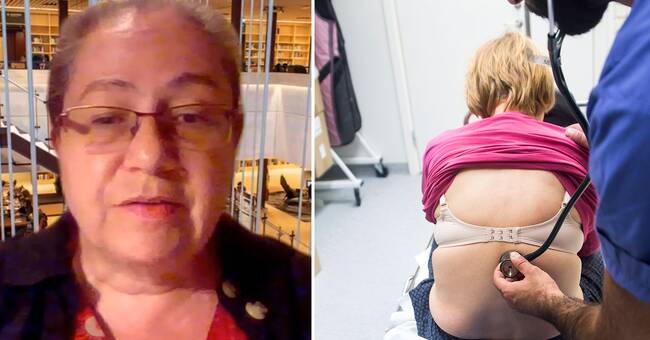 Annette Bruchfeld sees the study as a warning signal.

"Decreased kidney function not only affects the risk of needing dialysis, it is also strongly linked to an increased risk of cardiovascular disease and premature death," she says.

1.7 million veterans included in the study

The American researchers have compared the kidney function of more than 89,000 infected ex-soldiers with 1.6 million who - as far as is known - escaped infection, but also compared the development for people who have been affected differently by the disease.

The deterioration of renal function was greatest in those who needed intensive care, but was also noticeable in those who did not need to be cared for in hospital at all.

Eight years of deterioration in one year

A statistical model analysis indicates that those who needed intensive care lost on average as much in kidney function in one year as they usually do in just over eight years due to natural aging.

For those most affected, the effect was about half as large, according to the analysis.

- What is worrying is that we do not know what happens after this first year.

Does it continue to go down?

The study is the largest of its kind, but the results are reminiscent of a Chinese study of 1,400 people that was published earlier this year, Bruchfeld says.

Renal impairment often produces few symptoms, but if it is found in time, preventive treatment can be given to stabilize the disease or delay the deterioration.

At the same time, one must keep in mind that the study was done on American veterans, most of them older white men, says Annette Bruchfeld.

Thus, it is not known whether the effects will be the same in other groups.

The study was conducted by researchers in St. Louis and published in the Journal of the American Society of Nephrology.