Is the oil country Norway hypocritical about the climate?

When Norway seems to be moving towards a change of power, the climate issue can contribute to deciding the election, and perhaps to who is allowed to form a government. But ahead of the climate summit in Glasgow this autumn, the pressure on the oil country Norway is hardening. Can an oil country also be a climate example? 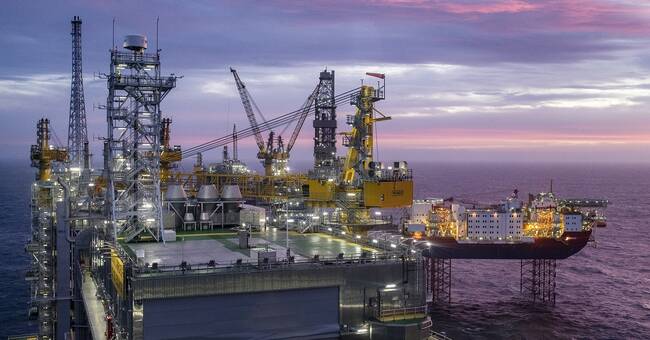 When extreme weather hits the world, the oil country Norway goes to the polls.

The oil that remains under the seabed has become hot in the election - should it remain, or be pumped up?

The climate issue has emerged in recent weeks as an increasingly important election issue that can help decide the election.

The largest parties want to continue pumping, while the small Socialist Left and the Green Party want to stop.

They have both received a slight boost in public opinion.

The Labor Party, which can take over power from the oil-friendly Conservatives, may be forced to take the support of the Green Party, which does not want to give in to a demand for a deadline.

It's set up for battle.

The oil divides Norway into two camps, those who want to stop their own extraction to reduce global emissions, and those who believe that Norwegian production in that case would only be replaced by other inferior oil with a higher climate impact.

So the climate is hot in Norwegian politics.

The climate is highly ranked by Norwegian voters.

But at the same time, there is a narrow majority for continued oil extraction.

Norway wants to be carbon neutral by the year 2030. But will continue to pump up oil indefinitely.

But many question how oil extraction rhymes with the climate goal.

The Danish climate minister, who now wants to get other countries to stop the pumps, has pointed to the paradox that there are now countries that have promised to become carbon neutral at the same time as they plan to produce oil after the same year.

The solution to the logical somersault is to only count emissions within the country, and not emissions from oil.

- I mean that it is unreasonable that we take responsibility for the Swedes' driving.

The Swedes must do it themselves, Prime Minister Erna Solberg has said.

Another argument for Norwegian oil is that it is cleaner than other oil, with lower emissions in the extraction itself.

Norwegian platforms are partly powered by green electricity from the mainland.

An important climate measure but in the eyes of critics a way to make up a pig.

The extraction's emissions of 13 million tonnes of CO2 per year pale in comparison with the approximately 400 million tonnes caused by the oil itself.

That is eight times the whole of Sweden's emissions.

Oil is the country's most important industry and employs a couple of hundred thousand people and accounts for a quarter of Norway's GDP.

A broad political agreement today speaks of a slow transition and hope is set for renewable energy.

At the same time, the criticism from climate activists is ruthless against Norway opening new oil fields and expanding old ones.

The hunt in the Barents Sea continues and last year the huge Johan Sverdrup field was opened in the North Sea, which will pump up oil for at least another 50 years and will provide 900 billion to the Treasury.

With only two months left until the climate summit in Glasgow, the pressure on the oil country Norway is increasing.

At climate meetings I myself have monitored for the past 20 years, I have seen how Norway's oil has managed to go under the radar.

It has been overshadowed by the fact that Norway has invested heavily in climate compensation, saving rainforests and carbon dioxide storage in the North Sea.

Both Sweden and Norway are small countries whose emissions are measured in per mille by the global ones, but which both have high tailgating.

But a role model must itself have a credible climate policy - Norway's stricter climate plan is rejected by the climate analysis service Climate Action Tracker because it is not enough.

As long as the oil platforms pump and the high emissions continue, Norwegian politicians at climate summits will be forced to defend themselves against accusations of hypocrisy, no matter how far into the rainforest they hide.

Watch clips about the news