Bergamordet: The police's new information - witness saw the killer before the murder

It is in TV3's program "Wanted" that the police are now releasing new information regarding the murder of a 16-year-old boy in the center of Berga earlier this summer. The new information claims, among other things, that a witness saw the killer before the murder. 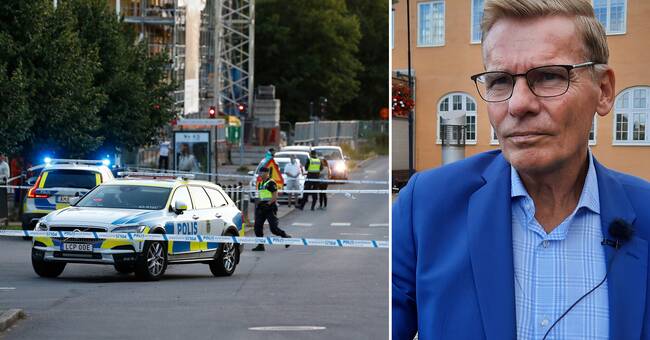 It was the fifth of August earlier this year that a man shot two teenage boys in the center of Berga.

The shooting took place at around 7 pm and the police announced early on that the perpetrator was riding a so-called "Fatbike", an electric larger bicycle.

On Thursday evening, the police will issue new information in the case in the program "Wanted" which gives a clearer picture of the course of events.

According to crime inspector Jan Staaf, who participates in the program, the police have a witness who saw the perpetrator disguise himself behind the health center in Berga center.

He must also have been armed.

Jan Staaf says in the program that the 15-year-old and the 16-year-old who were later shot approached the man together with a third friend and after that the perpetrator confronts the boys and fires his weapon.

The police go out with the information in the TV program with the hope of getting more tips.