About 200 people, including Americans, were evacuated this Thursday from Kabul airport on the first flight with foreigners to take off from the capital of ... 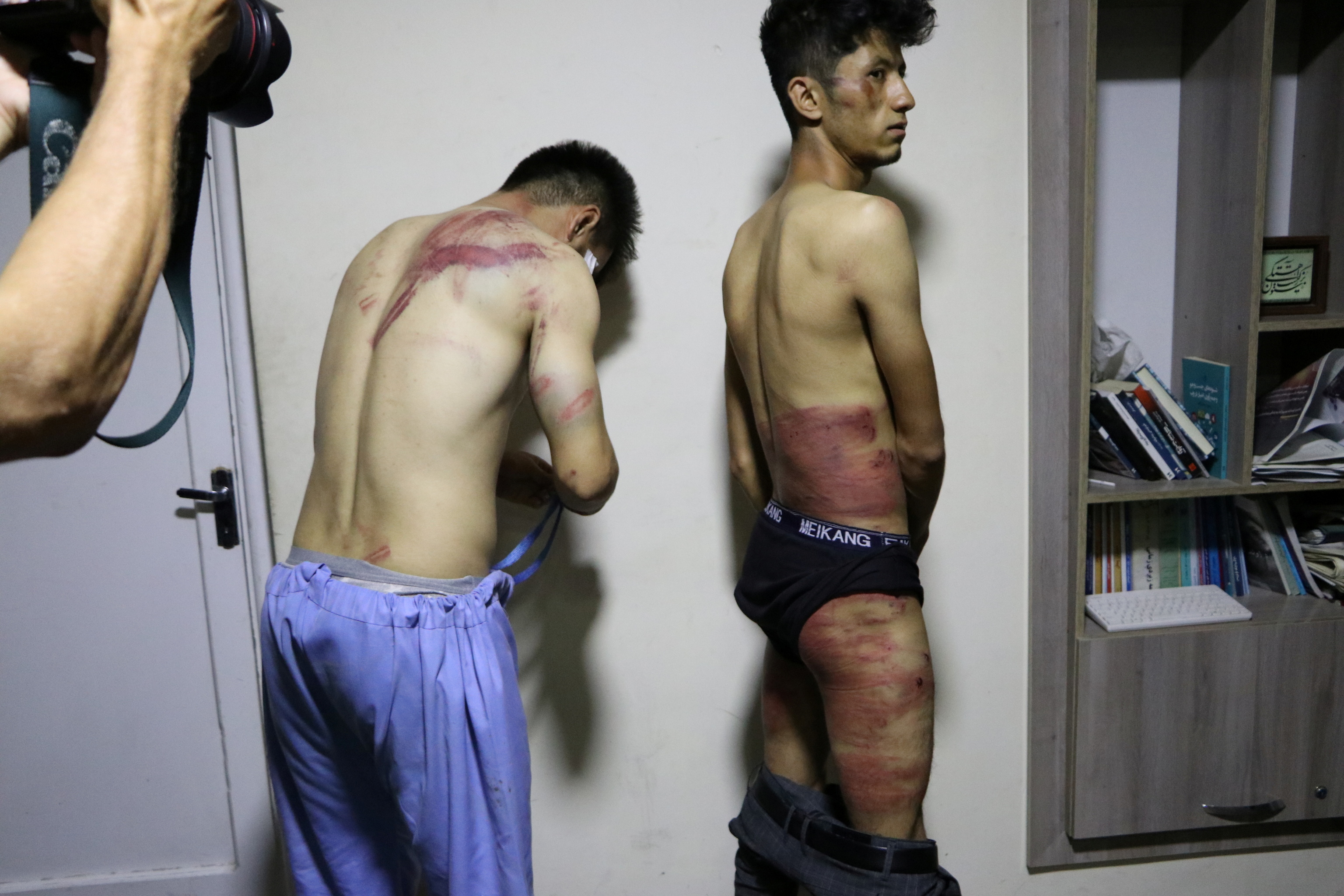 About 200 people, including Americans, were evacuated from Kabul airport on Thursday on the first flight with foreigners to take off from the Afghan capital after the last US troops left the country in late August.

take off this Thursday afternoon

, the first since the

This flight takes place as the Taliban try to consolidate their regime, less than a month after they took control of Kabul.

"We are very grateful to Qatar," said one of the passengers, saying he had a Canadian passport.

Doha, and its Turkish ally, have been working for days to fix the airport structures, which were badly damaged.

"It is a historic day for Kabul airport," Qatari envoy in Afghanistan Mutlaq al-Qahtani said on Thursday, adding that international flights

Outside the airport, many more armed Taliban fighters were seen on the streets of Kabul than in previous days - including special forces with military equipment - on street corners and at traffic checkpoints on large avenues.

if they had worked with foreign organizations in the last two decades.

Although the Taliban do not stop reiterating that they have changed and are no longer that repressive regime, especially with women, that ruled between 1996 and 2001, their first weeks in power show that

they will not tolerate any kind of opposition.

This Thursday, several protests in favor of freedom were canceled in the Afghan capital, after the new government prohibited such acts.

During the week, armed Taliban had dispersed concentrations of hundreds of people in several cities of the country, including Kabul, Faizabad (northeast) and Herat (east), where

were beaten in police custody this week after covering a women's protest in Kabul, where they were detained by the Taliban.

Zaki Daryabi, founder and head of the newspaper 'Etilaat Roz', shared images on social media of two reporters, one with

on the lower back and legs and the other with similar marks on the shoulder and arm .

The faces of both men were also

according to images verified by Reuters.

To end the mobilizations, on Wednesday night, the government ordered that any demonstration had to be authorized by the Justice Ministry.

And that "for the moment", none was.

An organizer of a protest in front of the embassy of Pakistan - a country very close to the Taliban and accused of interference in internal affairs - told AFP that the demonstration had been canceled as a result of the authorities' ban.

In another place where another rally was planned, there was no indication of the protest.

The Taliban announced their transitional government made up of ultra-conservative members, some of whom already ruled during the brutal fundamentalist regime of the 1990s. Several of the ministers are on

and there are no women in the cabinet. .

The US Secretary of State, Antony Blinken, warned the new Taliban government that it must "earn" its legitimacy before the international community, following the announcement of this cabinet that includes members wanted by Washington.

Although the Taliban had promised to include members of other groups in the government, the reality is that the key positions announced are held by Taliban leaders: the Interior Ministry is led by

head of the dreaded Haqqani network. (classified as a terrorist by the United States) and Defense by Mullah Yaqub, son of Mullah Omar, founder of the movement.

The Taliban have also reinstated the dreaded

Ministry for the Propagation of Virtue and the Prevention of Vice,

which during the previous regime ensured that the population respected its strict interpretation of Islamic law.

On Wednesday, former President Ashraf Ghani, whose flight on August 15 opened the doors of Kabul and power to the Taliban,

apologized to the Afghan people

for failing to offer them a better future.

including the local branch of the Islamic State group, rival of the Taliban and behind bloody attacks.

Meanwhile, in the country other symbols of the imprint of the new rulers were observed.

In images circulating on social media, it could be seen that the country's main airport, previously named Hamid Karzai International in honor of the first postaliban president, had been renamed Kabul International.

And a holiday on Thursday in memory of the famous commander Ahmed Shah Masud, assassinated in 2001 by Al Qaeda, was also canceled.

Afghanistan: a Taliban rise that gives wings to recruits of terror