Survey shows: The police do not follow their own rules - chasing young people on mopeds

Since 2016, strict rules apply: the police may only pursue people on mopeds if there are special reasons. Despite this, Assignment review can show that police repeatedly drove after young people without any suspicion of a serious crime - and exposed the public to danger. - This way of working is completely useless, says Stefan Holgersson, police officer and professor of police science. 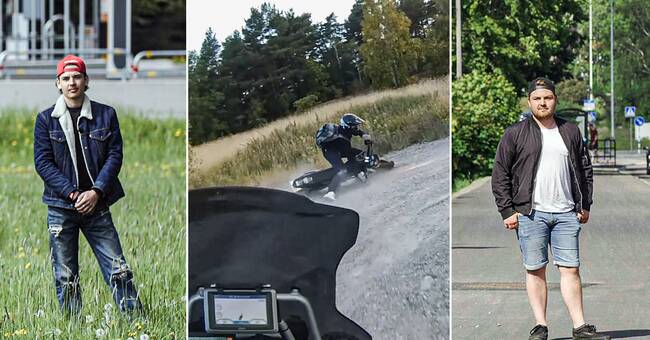 Jesper from Bålsta shows around the place where he, as a 17-year-old in 2018, sees a man on a motorcycle who starts chasing him.

- Of course, I thought of the worst, that it was some bully who wanted me badly.

In fact, it is a motorcycle police, but Jesper says that he does not understand at first.

He speeds up on a bike path and the police follow.

The chase ends in a turn when Jesper falls with the moped and crushes one finger between the handlebars and the ground.

- It's absolutely nothing I'm proud of.

I regret it, he says today.

He was later convicted of negligence in traffic and illegal driving.

But the incident also raises questions about how the police should act when a person tries to escape with a tuned moped.

Since 2016, new stricter rules apply for how and when the police may chase other vehicles.

They may only be prosecuted if there are special reasons, such as that the driver has committed or is about to commit a serious crime.

Otherwise it is considered too dangerous.

But by going through judgments where minors on mopeds are prosecuted, Assignment review finds information that shows that police officers do not always follow the new rules.

The verdicts show that police officers chased, chased and harassed teenagers on mopeds - despite the fact that at first they are only suspected or convicted of minor fines, who tuned mopeds or for having escaped from a checkpoint.

The police and police researcher Stefan Holgersson say that these are individuals and in some cases groups of police officers.

- You can get quite tired of this happening over and over again, so it is something you have to change.

This way of working is completely useless because you rarely reach those who have done it and you expose others and these individuals to great risks, he says.

In the Assignment review survey, 20 documented cases have emerged since 2016, where 15 of them ended with the moped rider either being harassed by the police or driving over himself.

The police authority writes to Assignment review that it is tragic when someone is injured or killed in connection with the police pursuit of vehicles and that they take such cases seriously.

They also write that the persecutions that have taken place must be documented and that they can then form the basis for adjustments in vehicle driver training or changes in regulations.

All police officers in external service must also be rehearsed annually.

In May 2020, 16-year-old Alexander Storåker from Lerum died in an accident with his tuned moped after police drove after him.

The driver of the police car is suspected of misconduct and causing another person's death.

The trial will be held in October, the police deny any wrongdoing.

For Liam in Varberg, the accident was a reminder of what he himself was through a few years earlier, when he as a 17-year-old fled from the police on his tuned moped.

- The only difference was that I was lucky enough to manage as mildly as I did, he says.

"You had the teenage brain"

Liam was convicted of negligence in traffic and illegal driving.

Today he says that it was "incredibly stupid" to drive away from the police, but that from time to time he only thought about getting on a bike path so that the police could not follow.

- You had the teenage brain and then it is not the same consequence thinking, he says.

The police continued anyway and the persecution ended with an accident where Liam says that he was hit and the police say that Liam drove into their car.

Did you experience it as a hunt?

Footnote: Jesper is actually called something else.