In France, operation seduction this Thursday for aspirants to the presidential candidacy on the right. The Republicans (LR) are back in Nîmes: Valérie Pécresse, Michel Barnier, Éric Ciotti, P… 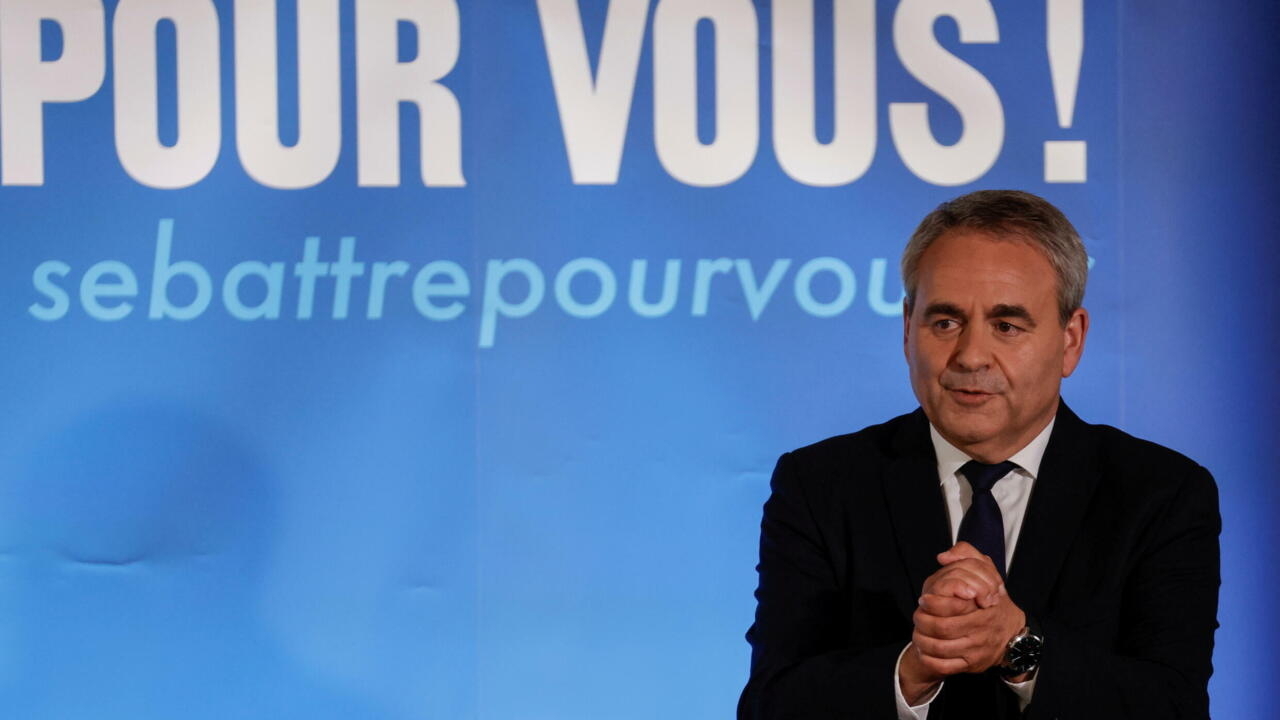 Here, during his re-election at the head of the Hauts-de-France region, in Saint-Quentin, June 27, 2021. REUTERS - PASCAL ROSSIGNOL

In France, operation seduction this Thursday for aspirants to the presidential candidacy on the right.

The Republicans (LR) are back in Nîmes: Valérie Pécresse, Michel Barnier, Éric Ciotti, Philippe Juvin will parade on the platform in front of the parliamentarians.

And, for the first time, Xavier Bertrand, who left LR, will also be.

Criticized on the right for going it alone, and closely followed by Valérie Pécresse in the polls, Xavier Bertrand plays appeasement.

no question of doing without the political parties.

I am ready to work with everyone.

“From his hometown of Châlons-en-Champagne, the candidate Xavier Bertrand has stepped up to his former party and he reached out to his rivals on the right.

Both among the militants and among the caciques of the conservative camp, his

since March, annoys more and more.

And the pressure is mounting.

If Xavier Bertrand refuses the primary, he will appear as a dissenting candidacy

," says in the press Jean Leonetti, the primary gentleman of LR.

Finally, if there is primary.

Slump in the polls

For his campaign, any candidate will need the party's war machine.

Funding and activists, that's us, we repeat on the side of the Republicans.

And in the polls, Xavier Bertrand has not confirmed his escape.

is now in her wheel.

On the side of right-wing parliamentarians, she seems to garner more support than she.

But many elected officials are still waiting to see.

Their return to Nîmes is a good opportunity to make them look soft.

To read also: Presidential election of 2022: with his Tour de France, Xavier Bertrand wants to win on the right