The Supreme Court has decided to ban all criminal proceedings in the event of voluntary termination of pregnancy during the first trimester. In Mexico, the second largest Catholic country in the world, the ... 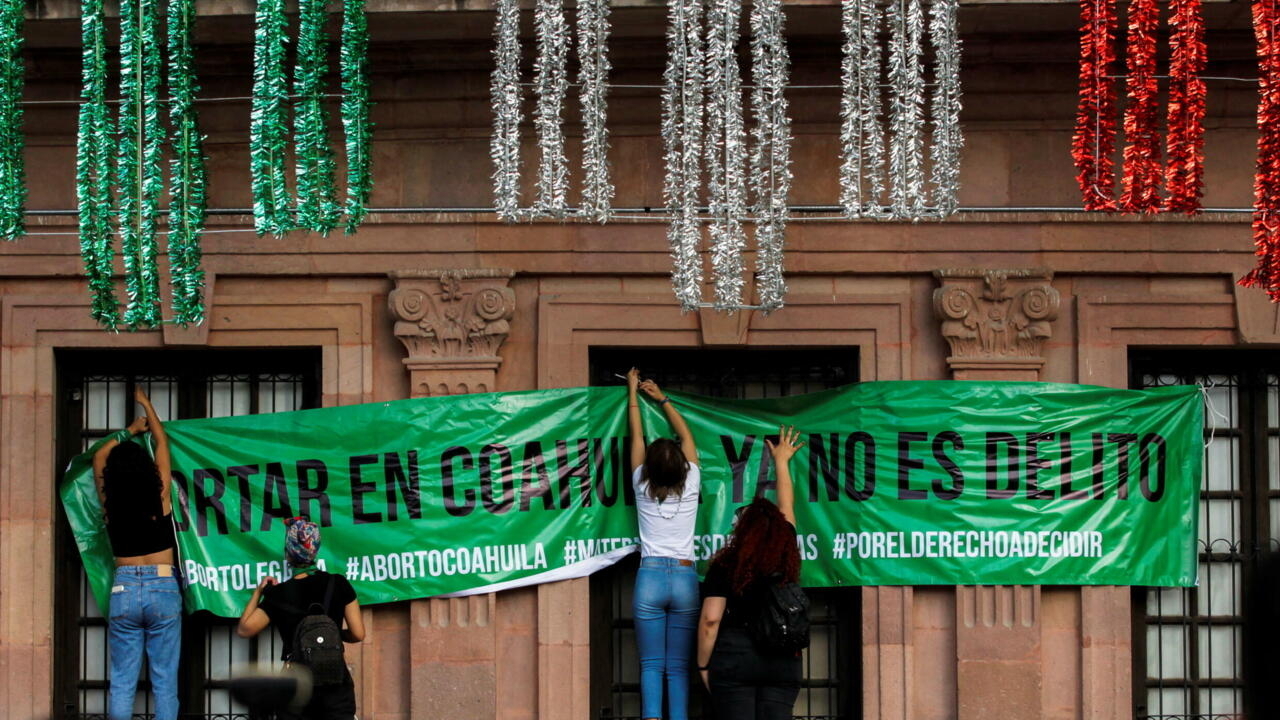 “Abortion is no longer a crime in Coahuila,” proclaims a banner during a demonstration to celebrate the Supreme Court's decision in Saltillo, September 7, 2021. REUTERS - DANIEL BECERRIL

The Supreme Court has decided to ban all criminal proceedings in the event of voluntary termination of pregnancy during the first trimester.

In Mexico, the second largest Catholic country in the world, abortion laws vary widely depending on the state, most of which criminalize the practice.

But this Supreme Court ruling paves the way for legalization across the country.

The ten judges of the Supreme Court ruled unanimously on Tuesday, September 7: no more woman can be prosecuted or thrown in prison in Mexico for an abortion.

The court met in plenary session for two days to consider the constitutionality of articles of the penal code of the state of Coahuila, in northern Mexico, which punish women who have abortions, with penalties of up to to three years in prison.

These articles have been declared unconstitutional, setting a precedent for courts in the country.

In the capital, where this practice has been legal for up to twelve weeks since 2007 and practiced free of charge in city hall clinics, the population welcomes what they mainly consider as a step forward for women's rights, reports

our correspondent in Mexico City,

Fernanda Rodriguez, interior designer, approves of the measure even though she believes that women must invoke a valid reason to be allowed an abortion.

Pamela Robles, an official who defines herself as a feminist, believes that Mexico is emerging from the Middle Ages thanks to this decision.

There are still a lot of things to do, a lot of fights to be fought, but Mexico is changing,”

I feel proud of my country today.

Not for long according to Fernanda Salazar, political scientist.

Women who are in prison for an abortion can use the criteria established by the court to obtain their freedom,

And that prevents other states from passing laws against abortion.

This Tuesday, anti-abortion demonstrators prayed in front of the Supreme Court: let's save lives, they implored.

The unanimity of the judges surprised them.