Surveillance cameras reveal the killer of two schoolgirls luring them with candy and raping them.. Video

The Russian Investigative Committee released footage of the investigation proceedings at the scene of a double murder in the Kemerovo region, which showed a man suspected of the terrible crime. 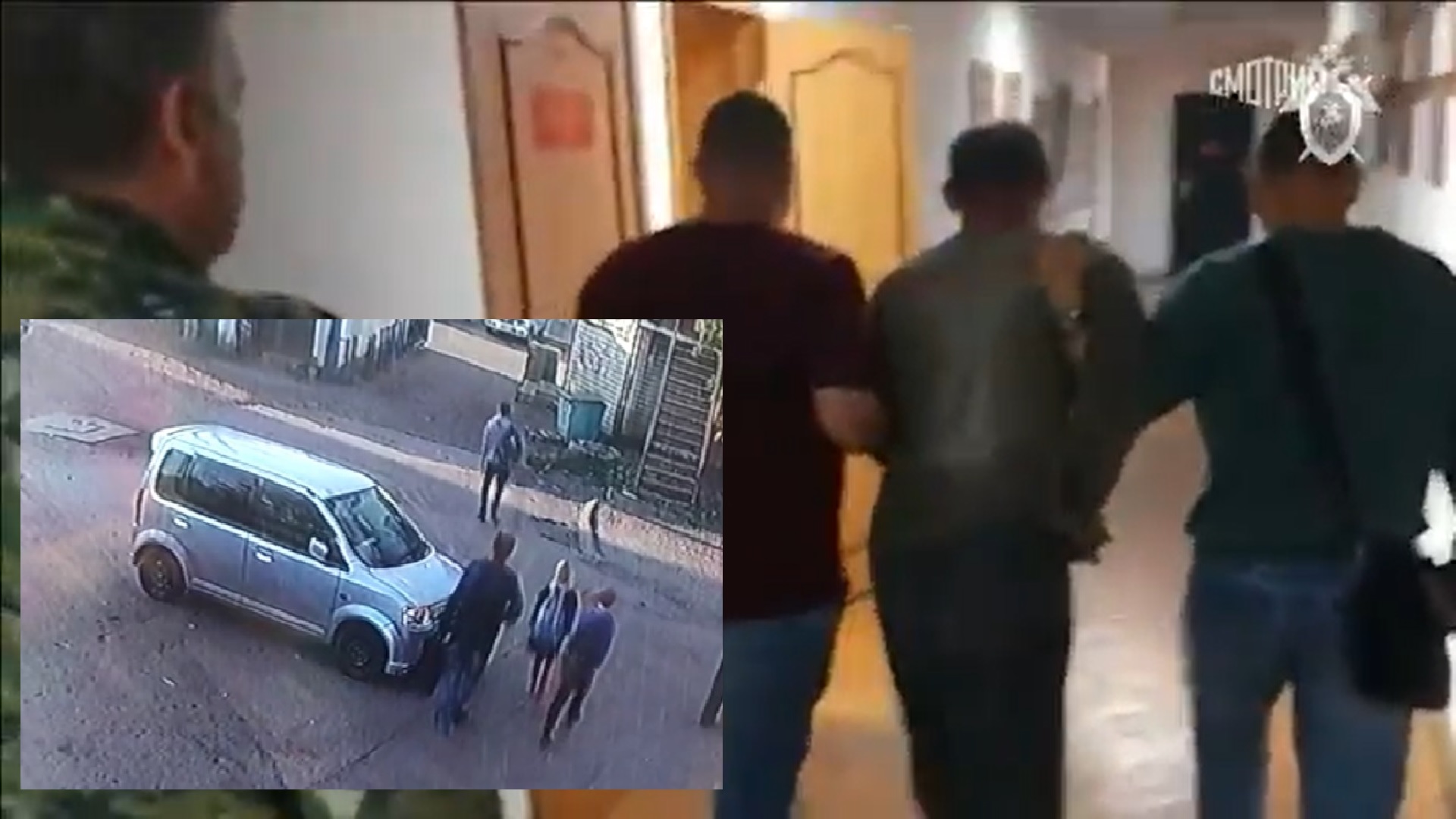 Surveillance cameras reveal the killer of two schoolgirls luring them with candy and raping them.. Video

The rapist killer at the moment of his arrest, and in the frame the surveillance camera that showed him.

The Russian Investigative Committee published footage of the investigation proceedings at the scene of a double murder in the Kemerovo region, which showed a man suspected of the terrible crime.

According to law enforcement officers, the rapist lured the house and strangled two 10-year-old schoolgirls who had disappeared the day before.

The two victims, Ulyana and Anastasia, were accompanied by their killer, who bought them sweets from the store, where this moment was recorded by surveillance cameras.

It was the camera recordings that allowed the police to quickly discover the killer, as it took less than a day to find and arrest him.

The official representative of the Russian Ministry of Internal Affairs in the Kemerovo region, Irina Volk, said that police officers identified the rapist and killer through video recordings.

"Within a few hours, as a result of processing information from CCTV cameras, the police identified one of the suspects - a previously convicted resident of the area. He was arrested and taken to the police station," she said.

It took them less than a day to find the criminal.

After that, the killer was referred to the investigation committee that investigates the circumstances of the crime.

It is reported that a 41-year-old man was arrested in Russia's Kislevsk region, yesterday, on suspicion of killing and raping two schoolgirls.

It is noteworthy that he was previously convicted of sexual violence and released several years ago.

It is known that Ulyana and Anastasia disappeared after going to school.

After looking at the CCTV footage, it was found that they were seen with a man buying them sweets from the store.

After that, the two victims walked and fought them in the street together.

Then, the bodies of the two girls were found suffocating in an abandoned house.