The case of a child suffering from malformations in Rwanda has sparked widespread sympathy on social media, and the donations collected for his treatment have so far reached 58,000 pounds. 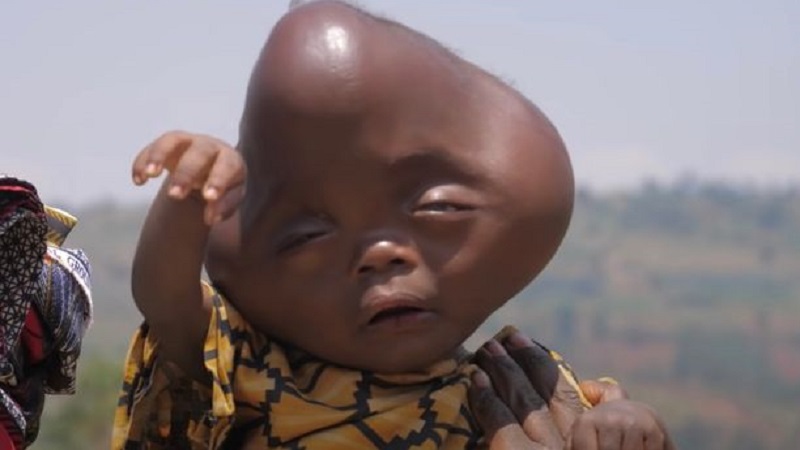 The case of a child suffering from malformations in Rwanda aroused widespread sympathy on social media, and the donations collected for his treatment have so far reached 58,000 pounds, and many praised the steadfastness of his mother, Pagenisa Liberata, who was mocked by the people of her village and abandoned by her husband, the father of the child, and despite that she did not abandon her son. While some described the tears of the child as heartbreaking.

The child suffers from severe pain that makes him cry constantly, and although the child’s condition has not been diagnosed medically yet and his mother wants to deport him outside Rwanda, but “Daily Star” quoted some of the followers of the child’s condition as saying that he suffers from Pfeiffer syndrome, a rare genetic disease that prevents the skull from growing normally.

The father insisted that he would take no responsibility and even asked his wife to kill their son claiming that he was "born by Satan" since he first saw his child.

The child and his mother live in a real tragedy, as her husband, her family and all those around her abandoned her, and the story of the child was published by many Western newspapers.

Librata, the mother of the child, is still struggling to take care of herself and her son after her husband and family abandoned her. The mother does not know the condition of the child, and finds nothing but despair and sadness accompanying her. She cries like a child while moving from village to village seeking financial aid and looking for a way to transport her child out of Rwanda to save his life.

On the donation page set up by an international organization, one person said of the mother: "A strong woman, I hope her love spreads in that part of the world and everywhere knows her story and that of her son."

Another said, "I pray that this child receives treatment soon and that he rests. He and his mother deserve the best."

A third added: "Seeing this child crying and his tears broke my heart," and a fourth said: "I am praying for the necessary medical help and treatment."