"Sly, vain, addicted": what is known about the suspect in the murder of two girls in the Kemerovo region

In the Kemerovo region, investigators find out the details of the rape and murder of two ten-year-old girls. Law enforcement agencies have already detained the alleged offender - a 41-year-old man previously convicted of pedophilia. He has already confessed. In addition, the UK opened a criminal case under the article of negligence against the police officers who were supposed to supervise the former prisoner - the court ordered him, after his release from prison, to live in his native village and regularly report. However, this did not prevent him from moving to another city. 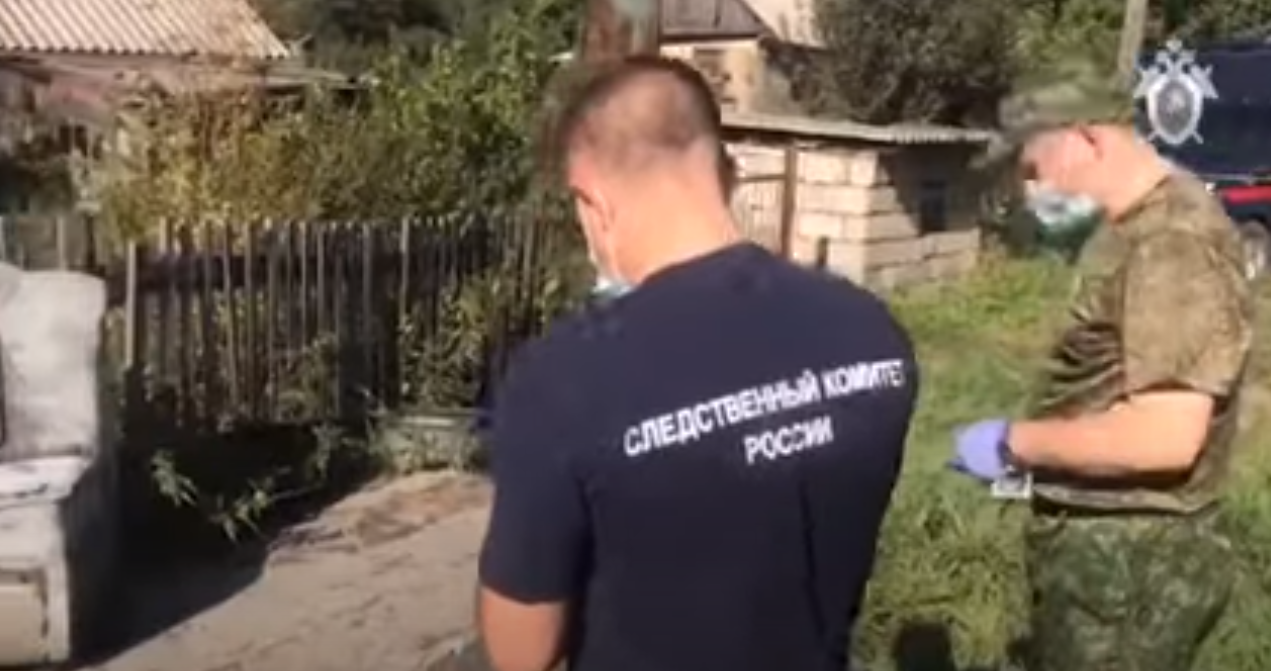 In the Kemerovo Region, the Investigative Committee is investigating a criminal case on the murder of two 10-year-old girls in the city of Kiselyovsk.

Friends on September 6 did not return home from school.

On suspicion of committing a crime, law enforcement officers detained a previously convicted 41-year-old resident of the city of Myski.

The next morning, the bodies of the girls with signs of violent death were found in one of the abandoned houses.

It was possible to solve the crime in hot pursuit thanks to CCTV cameras.

They captured how an unknown man bought sweets for girls in a store, and then walked with them past the bus stop.

“Within a few hours, as a result of processing information from CCTV cameras, the police identified a suspect - a previously convicted resident of the region.

He was detained and taken to the police department.

Later, the bodies of the girls were found in an abandoned house.

It took the police less than a day to solve the crime, ”said the spokesman for the Ministry of Internal Affairs, Irina Volk.

She noted that now the investigating authorities are taking measures to establish all the circumstances of the incident.

The Kemerovo Region Investigative Committee reported that the man detained for the crime had previously served a ten-year sentence in prison for committing a violent sexual crime against a minor and was released in 2019.

The man has already confessed.

The video of his first interrogation was posted online.

According to the detainee, he treated the girls to sweets, bought them soda and thus lured them into an abandoned building.

There, according to media reports, he first raped and then strangled the girls.

The investigating authorities of the RF IC for the Kemerovo Region - Kuzbass initiated a criminal case on the grounds of a crime under paragraphs "a", "c" part 2 of Art.

105 of the Criminal Code of the Russian Federation (murder of two persons, minors).

Made plans for the future

As RT found out, the suspect's name is Viktor Pesternikov.

Pesternikov served his sentence in IK 44 in Belovo, where he worked as a shoemaker.

He was also involved in landscaping work.

In conflict situations, he is not noticed, in his treatment of employees and convicts he is always polite and correct.

Socially useful connections have not been lost, he maintains relations with his mother, partner and children, ”says the description drawn up for him in the colony.

His narrow outlook and love for television are also noted there.

"By nature: cunning, vain, dependent," - noted in the description that the FSIN submitted to the court before his release.

As follows from the document, during the entire period of his imprisonment, he committed six violations, communicated mainly with prisoners "leading an adaptive lifestyle."

“He was neat, he was not noticed in damage to clothing or barracks property.

Performs the program of psychological correction of personality.

Takes a mediocre participation in educational, cultural and sports events, - says the description.

- He admitted guilt in the crime, repented of what he had done.

He makes positive plans for the future: to reunite with his family, find a job, lead a law-abiding lifestyle. "

At the same time, as RT found out, even during the investigation in 2009, the wife, who gave birth to two children to Pesternikov, filed for divorce.

According to interlocutors familiar with the family, Pesternikov drank heavily and mocked his wife and children.

At the same time, as the neighbors say, he always tried to get into trust and create the impression of an "innocent lamb."

After his release in April 2019, administrative supervision was established for Pesternikov by a court decision.

The former prisoner was obliged to report regularly at his place of residence and after 22:00 is at home.

In addition, he was banned from attending sporting events, public events, bars and cafes serving alcohol.

However, Pesternikov periodically violated these rules, after which his supervision was tightened - he was obliged to report to the police three times a month instead of two, he had to be in the apartment from 9 pm to 6 am.

He was also forbidden to travel outside the Myskovsky urban district.

However, Pesternikov moved to Kiselevsk, where he did not get up to register with the police, so the residents of the city did not know who lived next to them.

“I was constantly hanging out on the playground and drinking with local drunks.

At the same time, he did not seem to molest the children, so no one turned to the police.

We didn’t even know that he was tried for raping a child, ”one of the local women said in the media.

RT managed to talk to Oleg Savchenko, the owner of the house where the suspect in the murder of two girls in Kuzbass lived.

According to Savchenko, he rented out his home to Pesternikov at the request of a brother he knew, and when he first saw a tenant, he took him for a thieving bum.

“They steal potatoes here, at first I thought it was a thief.

And then, as he explained to me: “I live in your house, they let me in, your brother,” I understood everything.

I say, “Why don't I know anything at all?

My house - and without me all this is solved? "

At the same time, the Investigative Committee opened a criminal case against the police, who should exercise supervision, because, despite the court's decision, Pestrikov left for permanent residence in another city and did not register with the prevention authorities.

“At present, a criminal case has been opened and is being investigated on the fact of negligence of officials of the territorial body of internal affairs, exercising administrative supervision over persons released from places of confinement (Article 293 of the Criminal Code of the Russian Federation),” says the message of the Investigative Committee in the Kemerovo region.

In addition, the department noted that the chairman of the Investigative Committee of Russia, Alexander Bastrykin, requested a report on the progress of the investigation of the criminal case and put it under control in the central office of the department.