Church politicians about the risks of low turnout

Just over 14 percent voted in Nor-Segerstad's parish last church election, which puts the parish in one of the bottom positions in Karlstad's diocese when it comes to turnout. In the run-up to this year's forthcoming church election, the corona pandemic has made the election campaign and the work of engaging people to vote more difficult. 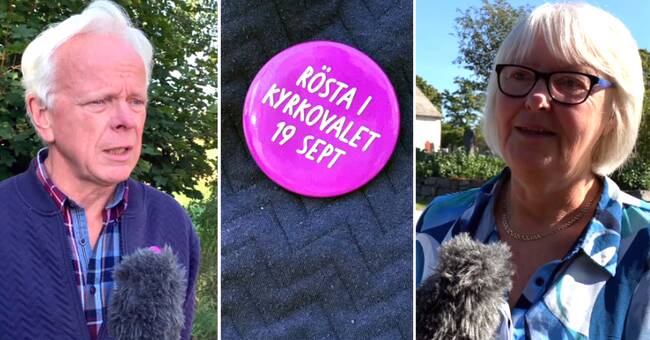 Despite the fact that turnout in Nor-Segerstad parish was among the lowest in Karlstad diocese last election, the church politicians June Sandberg (S) and Lennart Wik (KVNS) were satisfied.

- We were very happy about that result, as we had only a little over ten percent turnout before the election, so it was a big increase we made, says June Sandberg (S).

At the same time, they both see the risks that turnout is still so low.

- It can be an elite church - and it is dangerous, says Lennart Wik (KVNS).

- The risk may be that you as a politician get another power.

We need to be a folk church.

Nomination groups instead of parties

Political parties do not appear in the church election, but the members instead vote for nomination groups.

These are associations and interest groups formed to participate in the church election.

It is also possible to vote in person for candidates.

June Sandberg (S) and Lennart Wik (KVNS) are both on the lists for the church council in Nor-Segerstad. Hear why they think turnout is so low and what they hope for in this year's election.