BTS lead to IU ... Celebrity fan clubs stop one after another 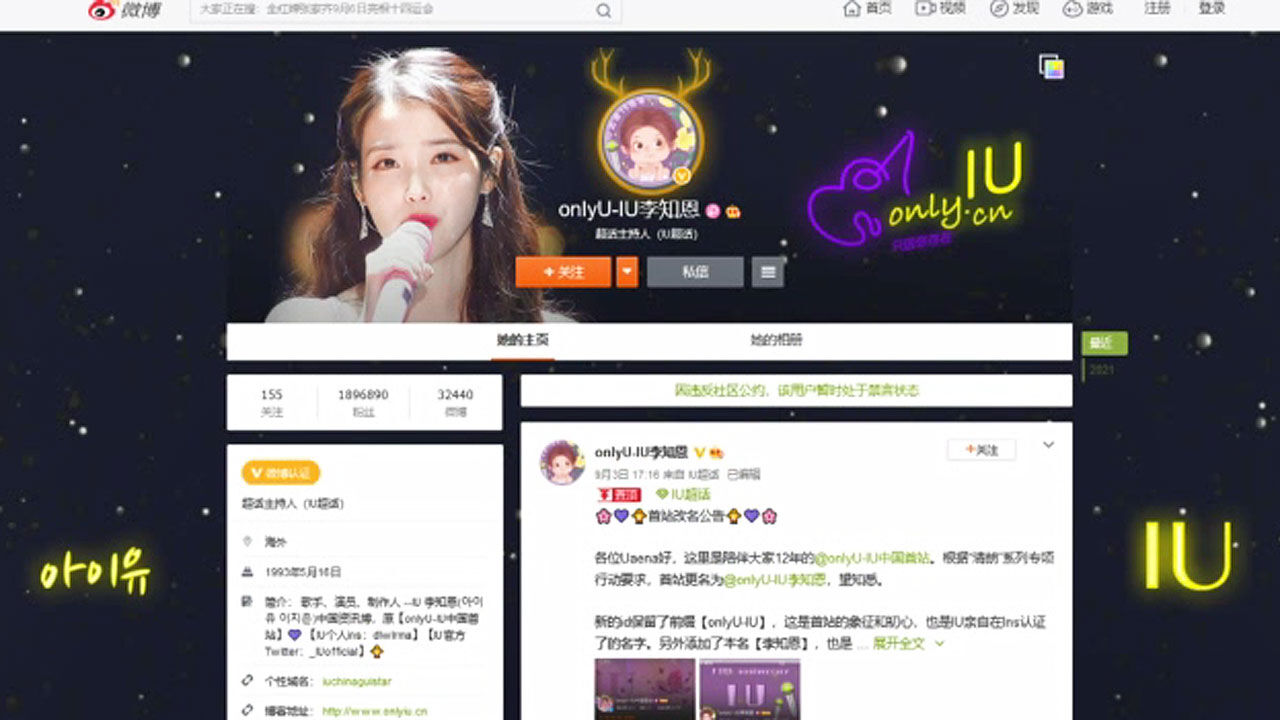 It has 1.89 million members, but it was suddenly suspended last night.

Weibo announced that it had suspended 21 fan club accounts for 30 days for inducing wrong behavior by spreading irrational support for celebrities through a notice.

Including the IU both Korea celebrity fan club account, such as the BTS and the Exo group members, SNSD Taeyeon such as NCT, who won Eyes Jang Won-young.

Weibo did not specifically disclose what kind of problem it caused or why it only targeted Korean celebrity fan club accounts.

The action came right after BTS member Jimin's fan club in China became controversial over a large-scale photo advertisement on an airplane.

This fan club is known to have personally advertised by collecting 2.3 million yuan and 400 million won in one hour, but Weibo suspended the account for 60 days.

[Hunan TV Commentary: (BTS) made inappropriate comments about 'anti-American aid', but it is surprising that Chinese fans collect money and gifts for such groups.]

It is forbidden for minors to spend money to support celebrities, fan clubs to spread rumors, etc., and to announce celebrity popularity rankings.

Chinese state media claimed that some Korean agencies were taking advantage of their Chinese fans.