Things to ask | Sato Takako: Why is the popularity of Chinese cuisine in Japan enduring? 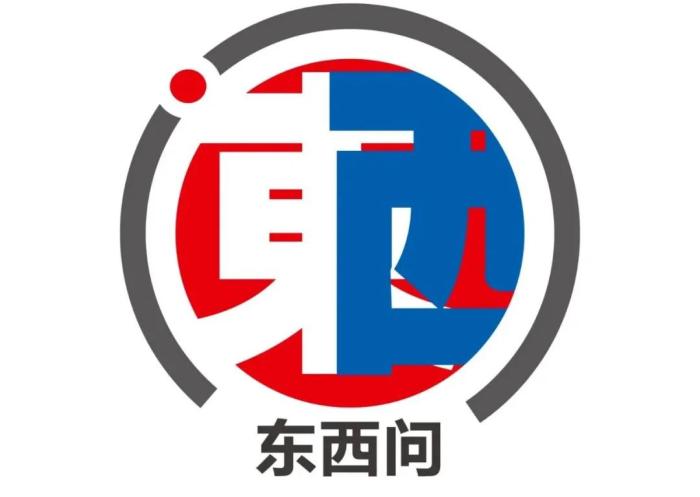 (Question about things) Sato Takako: Why is the popularity of Chinese cuisine in Japan enduring?

"Japanese Chinese restaurants are becoming richer and diversified. With the increase of non-governmental exchanges between Japan and China, more and more Japanese chefs come to China to learn art. In addition to big cities such as Chengdu and Hangzhou, which are famous for their food, they will also go to remote mountainous areas, Learn niche cuisine in ethnic areas." Takiko Sato, a food critic and editor-in-chief of the well-known Japanese Chinese food information website "80C (good)", said in an exclusive interview with China News Agency "Dongshiwen" that for thousands of years, all kinds of The blending and mutual learning of food culture has nurtured new foods and new flavors, and updated people's understanding of food. This is precisely the high-level enjoyment that food brings to people.

In your childhood, what were the general impressions of Chinese cuisine?

Has the impression changed over the past few decades?

In the early days, most Chinese cuisine restaurants were operated by overseas Chinese and mainly used high-end Cantonese cuisine. Now, in order to pursue pure Chinese flavors, these restaurants sometimes hire Chinese chefs with a lot of money.

As a generation born in the 1970s, we can be said to have grown up with Chinese cuisine.

In my childhood, home-cooked dishes such as mapo tofu and dried shrimps were synonymous with Chinese cuisine in the minds of Japanese people. People generally think that Chinese cuisine is good and cheap.

There are two styles of Chinese food in Japan, Chinese cuisine and Chinese cuisine, mainly because of differences in ingredients and historical culture.

In the early days when Chinese food was introduced to Japan, it was difficult to buy authentic Chinese seasonings in Japan.

For example, in 1957, Chen Jianmin, the founder of the well-known Tokyo restaurant "Sichuan Restaurant", introduced "Stir-Fried Pork and Cabbage with Sauce" on the NHK cooking program in Japan. It was the first time that the Japanese people knew the method of twice-cooked pork, and it became an opportunity for this dish to become popular in Japan.

But there was no bean paste in Japan at the time, so Chen Jianmin added the deep-fermented and matured bean paste "Japanese Hatcho Miso" to the seasoning.

In addition, it is also twice-cooked pork. Japanese-style twice-cooked pork directly stir-fry raw pork and sweet noodle sauce, because the Japanese think that "the pork is boiled and then sliced ​​and fried is too much trouble."

According to a Chinese folklore, the reason why Sichuan Huiguorou is "returned" is because in the traditional Chinese sacrificial culture, the ancestors did not like to eat raw meat, so cooked food was offered, and the meat was cooked and eaten after the sacrificial ceremony.

Currently, Chinese restaurants in Japan are becoming rich and diverse.

With the increase of non-governmental exchanges with China, more and more Japanese chefs are going to China to learn art. In addition to big cities such as Chengdu and Hangzhou, which are famous for their food, they will also go to remote mountainous areas and ethnic regions to learn niche cuisine.

In recent years, there have been restaurants in Tokyo that specialize in local specialties such as Northeastern cuisine, Yunnan cuisine, and Guangxi cuisine. Chinese cuisine has also begun to have the regional characteristics of Chinese cuisine.

China News Agency reporter: Japanese market research data shows that whether cooking at home or dining out, Chinese cuisine is one of the most popular foods for Japanese people.

How does Chinese cuisine conquer the taste buds of the Japanese people step by step?

When did spicy Sichuan cuisine become popular in Japan?

Takako Sato: Curiosity is an important reason why Japanese people are interested in Chinese cuisine.

For example, Mapo tofu often appears in Japanese film and television works, and some variety shows have made creative transformations of this dish.

The serialized manga "Iron Pot Cooking King R Top Fight" has even influenced a generation of Chinese cooking chefs. Nowadays, many Chinese chefs around 40 years old in Japan have only started to become interested in Chinese cooking after reading this manga.

The acceptance and love of a kind of eating style depends not only on the restaurant, but also on whether it can penetrate into the family.

Japanese seasoning companies have contributed to the Chinese cuisine's presence in thousands of households in Japan.

In order to allow people to easily cook Chinese cuisine at home, Japanese companies have introduced "Chinese food seasonings" and adjusted their tastes in keeping with the times.

Some dishes are even directly incarnate as convenient fast food. After people buy them from supermarkets and convenience stores and go home, they only need to heat them to eat, which is very convenient.

Chen Jianmin, the "Father of Sichuan Cuisine in Japan" cannot be mentioned here.

Chen Jianmin came to Japan in the 1950s and managed the "Sichuan Hotel" in a colorful manner.

In the 1960s, he also participated in the Japanese NHK cooking show in his spare time, and taught the Japanese people the secrets of cooking classic Sichuan dishes such as twice-cooked pork and mapo tofu at home.

However, in recent years, the Japanese have gradually fallen in love with the spicy Sichuan cuisine, which is also related to the fast-paced society, high work pressure, and declining birthrates.

In 2013, the Japanese gourmet Nakagawa Masato, who had studied in Chengdu, Sichuan, established a website to introduce Sichuan cuisine to the Japanese people. Later, he established the "Spicy Alliance" organization and held Sichuan Food Festival in Tokyo for three consecutive years starting from 2017.

The latest Sichuan Food Festival attracted 100,000 Japanese tourists in just two days, and more than 300 Japanese media reported on it.

Not only that, the "Spicy Alliance" often organizes Japanese and Chinese cuisine fans to fly to Chengdu to taste authentic Sichuan cuisine.

What do you think of these transformations?

Takako Sato: I just heard of strawberry mapo tofu and boiled steamed dumplings. It may be a modification of two stores or programs for eyeballs.

I am very disgusted with such behavior, because every Chinese dish has its history and charm behind it. The characteristic of Mapo Tofu is spicy and spicy, and the taste changes with strawberries.

This is an excellent transformation.

Foods such as Japanese hamburger patties, crab balls made with white cream and crab meat are Japan's transformation of Western food and have become classic Japanese food in Western restaurants.

After ramen was introduced to Japan from China, Japanese chefs relied on the spirit of craftsmanship to make ramen with thousands of restaurants and flavors. Some ramen noodles are rich in pork bones, while others are very light.

It can be seen that after the same food is introduced to Japan, there will be many branches, as if "a hundred schools of thought contend", which also has a lot to do with Japan's national character.

In Tokyo, a Chinese restaurant "Cha Chan Hua" with the theme of "Who Soul Han Talent" has just been awarded three Michelin stars.

This restaurant has a signature dish called "Yunbai Rou". The raw materials are autumn eggplant and pork belly.

In addition to the special ingredients, this dish is calculated in seconds from steaming the meat, heating the tableware to serving the table.

China News Agency reporter: As a symbol of Japanese cuisine, Japanese ramen has taken the world by storm.

But in fact, the heavy-oil and heavy-flavored broth was once regarded as an outlier in Japanese traditional food culture.

Ramen did not evolve from Japanese local delicacies, it was born with Chinese tastes.

So, what impact did the Western diet have on Japan?

How to look at the evolving food culture in the exchange and collision?

More than 2500 years ago, rice was introduced to Japan from the Jiangnan region of China, and a large number of Chinese vegetables, fruits, and cooking methods entered Japan during the Sui, Tang, Song, Yuan, Ming and Qing Dynasties.

The most important stage of Sino-Japanese food culture exchanges should be the Tang Dynasty in China.

At that time, among the "Envoys to Tang Dynasty" sent by Japan were "students" who specialized in various food preparations.

Monk Jianzhen traveled east to Japan and brought a lot of Chinese food.

During this period, Chinese food books were also spread to Japan, such as Lu Yu's "The Classic of Tea", which had an important influence on the sense of Japanese tea drinking rituals.

Today's kaiseki cuisine in Japan comes from the tea ceremony.

The influence of European and American countries on the Japanese diet is equally far-reaching.

In 675, Emperor Tenmu issued a "meat prohibition order," and then the fifth general of the Edo shogunate Tokugawa Tsunayoshi issued a "compassion order for raw animals" prohibiting the killing of animals. Since then, the Japanese almost no longer eat beef.

After the Black Boat Incident in the United States, to make it easier for foreigners living in Yokohama to eat beef, Yokohama opened the first beef shop in Japan at that time.

Gradually, Western food culture was introduced to Japan, and the Japanese not only ate beef and milk, but also began to eat Western-style cakes and beverages such as beer, coffee, and wine.

The exchange, collision, and fusion between foods are not only happening in Japan, but also in the East and the West.

Tea was first introduced to the UK from China, but no one denies that the fragrant black tea is also an important part of the classic English breakfast like baked beans, fried eggs, and bacon. There are also restaurants in Sichuan that make brain flower sushi, and office workers use coffee. Served with Japanese rice balls for breakfast.

These are the scenes that appear every day in Eastern and Western countries in the current globalization of food.

For thousands of years, various food cultures have blended and learned from each other, breaking through the inherent recipes or lists, and bred new foods and new flavors on people’s tables, renewing people’s understanding of food. This is exactly what food brings us. Advanced enjoyment.

Since then, Sato has also accepted invitations to serve as special writers for Chinese and Japanese media such as "Weekly Hotel Restaurant", Japan Airlines (JAL) in-flight magazine, and "gochengdu".

Takako Sato travels around China about 10 times a year to visit food and ingredients and learn traditional food making skills.

In 2019, she independently founded the Chinese food tourism website "ROUNDTABLE".