"Unmatched in performance": why it will be difficult for the United States to replace Russian rocket engines

Roscosmos continues to cooperate with the United States on rocket engines and is ready to sign new contracts. This was announced by the general director of the enterprise Dmitry Rogozin. Thus, he reacted to the information that appeared in the media about the possible refusal of the United States to purchase the RD-180. Rogozin explained that the Americans have formed a stock of these engines and so far do not need new purchases. Earlier in the United States, work began on the creation of an analogue of the RD-180. However, according to experts, the American engine is unlikely to be an equivalent replacement for the Russian one. Analysts predict that Washington is likely to continue buying powertrains from Russia. 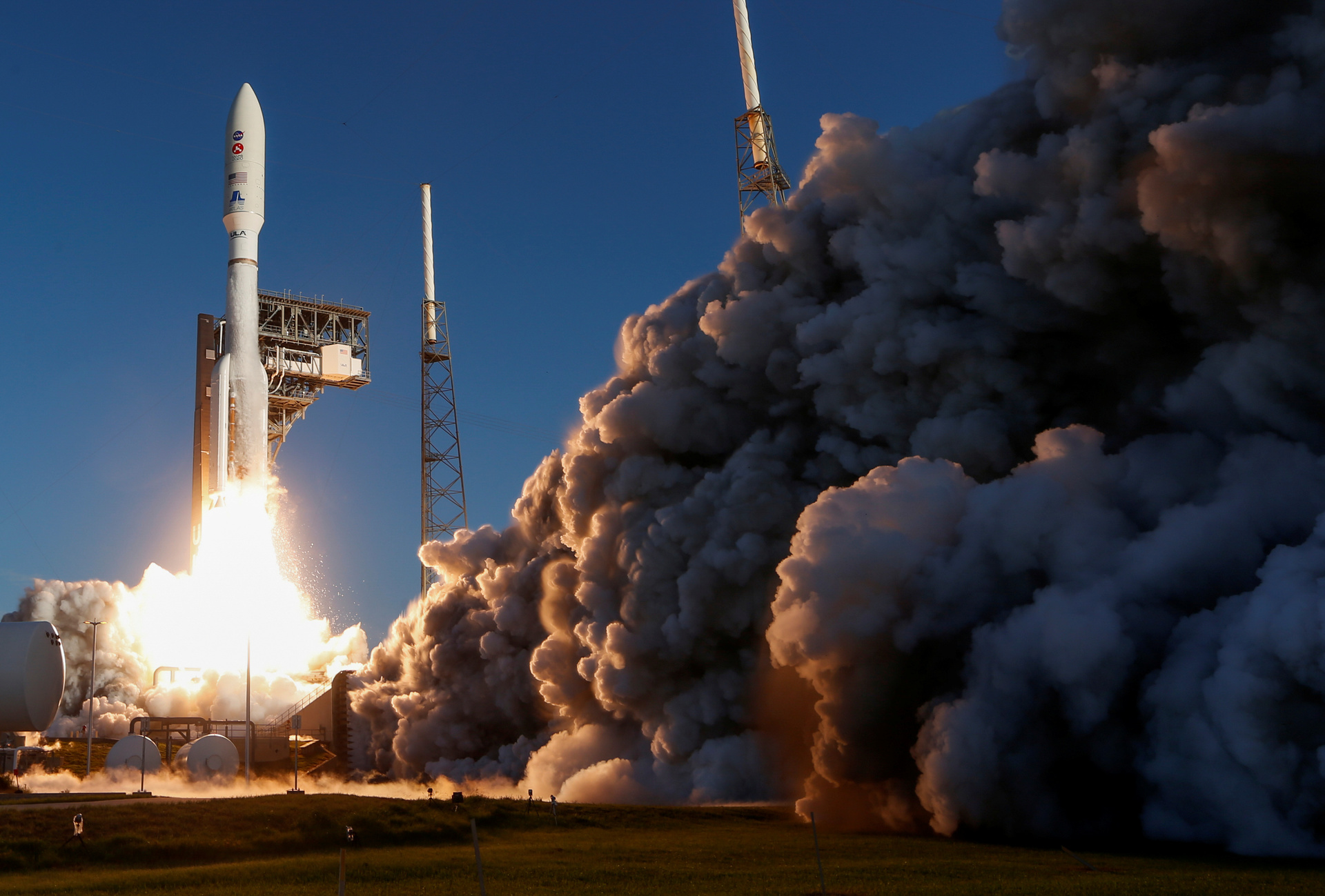 Roscosmos CEO Dmitry Rogozin said on his Facebook page that the United States continues to work with Russia on engines for launch vehicles.

) have formed a substantial stock of our RD-180 engines to support the launches of their missiles, including those under the Boeing manned program.

If they suddenly decide to buy more, let them contact us, we will be glad to cooperate.

And with regard to the RD-181 engine, our relationship with our American partner will continue, ”Rogozin wrote.

Thus, the head of Roscosmos reacted to the information that appeared in the media that the United States had stopped purchasing Russian engines.

In particular, this was reported by The Verge with reference to the executive director of United Launch Alliance (ULA) Tori Bruno.

ULA is a joint venture between Boeing and Lockheed Martin that specializes in spacecraft launches.

The company, like SpaceX, is a contractor for the Pentagon.

The websites of Boeing and Lockheed Martin have not yet published data on the termination of purchases of Russian engines.

Commenting on the contradictory information on Russian engines, experts interviewed by RT noted that it could only be about stopping the purchases of RD-180 from ULA.

The rest of the Russian Federation and the United States continue to interact on power plants for space launches.

“How are these purchases arranged?

The Americans place an order and purchase engines in stock.

Apparently, ULA has accumulated a certain amount, which allows at least in the near future not to buy new power units in Russia, "Alexei Podberezkin, director of the MGIMO Center for Military-Political Research, explained in an interview with RT.

Recall that the RD-180 liquid-propellant rocket engine is equipped with the American two-stage Atlas V launch vehicles, which are used to launch military satellites and NASA research vehicles into orbit.

The power plant has been shipped to the United States since the 1990s.

In total, more than 120 units were sent to the Americans.

According to the developer, the RD-180 is distinguished by a controlled thrust vector and the possibility of deep throttling (pressure reduction) of the engine thrust in flight.

The power plant runs on oxygen and kerosene.

According to Igor Arbuzov, General Director of NPO Energomash, quoted by the press service of Roscosmos, RD-180 embodied "the best design solutions, technologies and materials."

According to Arbuzov, the key advantages of the engine are moderate cost and the highest reliability: for more than 20 years of operation, it has not had a single emergency start.

“No other engine in the world developed in the last 25-30 years has such reliability statistics,” stressed Arbuzov.

In an interview with RT, a researcher at the Space Research Institute of the Russian Academy of Sciences, Professor Oleg Vaisberg, confirmed that in terms of efficiency, reliability and a number of other parameters, the RD-180 really has no equal.

“There are very successful technical solutions that can be used for many years.

RD-180 is the most suitable example in this regard, "Weisberg explained.

Alexey Podberezkin compared the characteristics of the RD-180 with the qualities that the Kalashnikov assault rifle possesses.

In the RT commentary, the expert called the brainchild of NPO Energomash a huge achievement of domestic science, which served as the foundation for the further development of space rocketry in the Russian Federation.

“The uniqueness of the RD-180 lies in the fact that this engine allows a large payload to be put into orbit.

It is ideal for heavy rockets.

Moreover, it is an extremely reliable product.

RD-180 has been operating for two decades without any flaws, ”Podberezkin stated.

However, today the further fate of the RD-180 in America is in question.

In the United States, on December 31, 2022, the restrictions initiated by the Pentagon concerning the ban on cooperation with the Russian Federation in the field of space launches are to enter into force.

In addition, in the mid-2020s, ULA plans to decommission Atlas V. According to Tori Bruno in an interview with The Verge, the company remains to send the last 29 rockets into space.

Instead, a joint venture between Boeing and Lockheed Martin is going to use a Vulcan rocket with a BE-4 liquid engine running on methane and liquid oxygen.

BE-4 is being developed by the aerospace company Blue Origin (USA) as an alternative to the RD-180.

However, American specialists faced difficulties in creating this power plant.

Moreover, in terms of a number of characteristics, the overseas analogue is inferior to the Russian unit.

Part of the United States expert community doubts that the American industry will be able to replace the RD-180 in the near future.

In particular, the research service of the US Congress is of the opinion that such "import substitution" will not do without technical, software or organizational risks.

“Even if the transition from the RD-180 to other engines or launch vehicles was smooth and carried out exactly on schedule, it is likely that the performance and reliability indicators achieved so far using the RD-180 will only be able to be reproduced much later than 2030,” - said in last year's report of the service.

Russia is also skeptical about the prospects for the development of the BE-4 project.

So, Igor Arbuzov believes that it makes no practical sense for the United States to direct huge funds for the manufacture of an analogue of the RD-180.

“Several hundred million dollars of American taxpayers have been spent on the creation of the engine.

But at the same time, the Americans intend to carry out flights on their new manned spacecraft Starliner (CST-100), which was developed by Boeing for Atlas V, on the reliable RD-180.

And they have already been certified for manned launches, ”says Arbuzov.

Experts also believe that the United States could well continue to use the RD-180 and not invest in the development of a new rocket engine.

They explain the reluctance of the United States to continue using the Russian machine, first of all, by the anti-Russian political conjuncture.

According to Oleg Weisberg, American engineers are unlikely to be able to create an equivalent analogue of the RD-180.

The expert did not rule out that in the future, Washington will have to re-enter into contracts for the import of the Russian engine.

“In a sense, the Americans can be understood: they want to have their own engine.

But it's hard for me to say why they suddenly decided that they could create a setup comparable in performance to the RD-180.

In my opinion, such “import substitution” is primarily a political issue, ”Weisberg argues.

"We were convinced of the effectiveness"

Analysts are confident that United States companies will continue to cooperate with NPO Energomash, despite the threat of restrictions from the American authorities.

In July of this year, the press service of Roscosmos disseminated information about the interest of Orbital Sciences LLC (USA) in purchasing modernized Russian RD-181M engines.

As expected in the state corporation, the new contract "will allow, despite the existing sanctions, to continue mutually beneficial cooperation between the two countries in the field of rocket propulsion."

Negotiations with Orbital Sciences were approved by the Russian government.

Since 2015, it has been supplied to Orbital Sciences to equip the first stage of the Antares rocket.

NPO Energomash calls RD-181 “the best in its segment”.

According to Igor Arbuzov, thanks to the supply of this power unit, Orbital Sciences “solved its technical problems and established itself in the start-up services market”.

Oleg Vaysberg believes that even under pressure from the authorities, US companies are unlikely to refuse to import higher-quality and relatively inexpensive Russian engines.

“Americans have been using our engines for a long time and are convinced of their efficiency.

RD-180 and RD-181 will certainly be installed on new US launch vehicles, ”the RT interlocutor predicts.

Alexey Podberezkin shares a similar view on the prospects for Russian-American cooperation.

He believes that regardless of the political situation overseas, there will be "sober-minded people" who will continue to interact with the Russian Federation.

“The United States cannot ignore the fact that it receives from Russia“ workhorses ”that have never let them down.

For the sake of an anti-Russian course, Washington is trying to curtail cooperation with Moscow on rocket engines.

But the cost of such efforts can be very high - any malfunction in their engines can lead to an accident and, as a result, to the loss of an expensive payload, "Podberezkin concluded.