"Can't be an item on the agenda": Peskov ruled out discussion of Crimea's ownership at a meeting between Putin and Zelensky

Press Secretary of the Russian President Dmitry Peskov said that the issue of Crimea's ownership cannot be a topic for discussion at the talks between Vladimir Putin and Vladimir Zelensky. The Kremlin spokesman noted that for this reason, preparations for the summit of the leaders of the two countries have not advanced. He recalled that Putin "clearly confirmed" his readiness for the meeting, but the Russian side does not see mutual political will from Kiev. 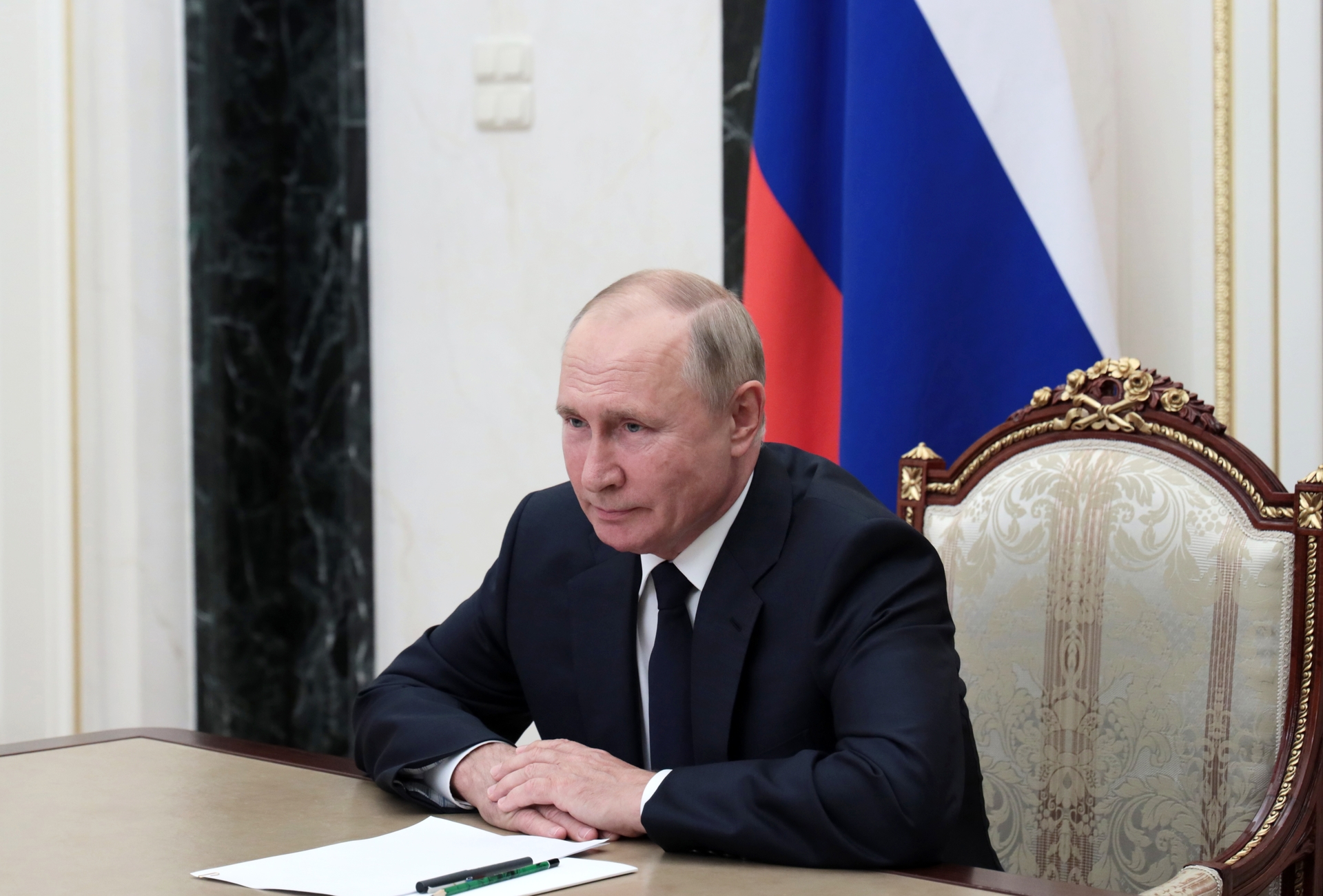 Press Secretary of the Russian President Dmitry Peskov said that the issue of Crimea's ownership cannot be a topic for discussion at the talks between Vladimir Putin and Ukrainian leader Vladimir Zelensky.

The Kremlin spokesman noted that for this reason, preparations for the summit of the leaders of the two countries have not advanced.

“They are not that they resisted - the point is that for us the Crimea topic does not exist.

As we are told in the office of the President of Ukraine, Zelensky wants to discuss Crimea.

Crimea from what point of view?

Obviously not from the point of view that this is a region of the Russian Federation.

And in this regard, this cannot be an item on the agenda of the negotiations.

Therefore, so far in this regard, it has not been possible to advance anywhere - as they say, things are still there, "Peskov said on the air of the Russia-1 TV channel in the Moscow.

At the same time, the Russian leader "clearly confirmed" that he is ready to meet with Zelensky.

According to him, the Russian side does not see the same mutual political will from Kiev.

When asked about the results of Zelensky's meeting with Ukrainian President Joe Biden, Peskov admitted that Ukraine "is turning into anti-Russia."

“Obviously, yes, if we proceed from those moments that, obviously, Moscow does not like,” the press secretary said.

In particular, Peskov recalled that Ukraine's aspiration to join the North Atlantic Alliance and support from the United States pose an immediate threat to Russia: "This is a potential future approach of NATO's military infrastructure to our borders."

According to him, the political forces in Ukraine, which have a more balanced and balanced approach to discussing the most pressing issues with Russia, are currently "under house arrest."

“They are rudely, absolutely, as they say, over the knee, they are sitting under house arrest, and the court is only stamping out the extension of this house arrest.

This is what we see, so this Russophobic approach still dominates in everything and everyone, ”TASS quotes Peskov.

Earlier, Vladimir Putin, during the plenary session of the EEF-2021, said that he expects to restore Russian-Ukrainian relations.

“I believe that the situation we are in today is absolutely abnormal, unnatural.

And sooner or later, and it is better if this happens early - the sooner the better - we will fully restore our relations with Ukraine, ”he said.

Recall that Crimea became a Russian region after a referendum held there in March 2014, in which most of the inhabitants of the peninsula spoke in favor of reunification with Russia.

Since the reunification of the peninsula with Russia, Kiev has been systematically voicing ideas for the "return of Crimea."

At the same time, Moscow has repeatedly emphasized that the territorial affiliation of the peninsula is not being discussed.

The President of Russia, in particular, spoke about this.

Zelensky raised the issue of a possible meeting with the Russian leader in April during an address to the people.

Speaking about the restoration of a complete ceasefire in Donbass, Zelensky said that “every month” he is on the contact line, after which he turned to the Russian president with a proposal to hold direct negotiations.

I am ready to go even further and invite you to meet anywhere in the Ukrainian Donbass, where the war is going on, ”Zelensky said.

Commenting on the proposal of the Ukrainian leader, Vladimir Putin noted that recently Kiev has taken many steps that are destroying interstate relations.

At the same time, he stressed that if Vladimir Zelensky chooses the path of restoring relations between the countries, Moscow will only welcome this.

“If we are talking about the development of bilateral relations, then please, we will receive the President of Ukraine in Moscow at any time convenient for him,” Putin said.

State Duma deputy from Crimea Ruslan Balbek, in an interview with RT, expressed the opinion that the dialogue between the leaders would make sense when President Zelensky "recognizes that Crimea is Russian."

“This can become a starting point for discussing important interstate issues,” he concluded.

The deputy noted that the conversation of the Ukrainian side with Russia about Crimea is excluded, and Zelensky will refuse to talk about the persecution of the Russian language in Ukraine.

“So it turns out that he has no topics for conversation, and we regard the holding of the Crimean Platform and populist statements about the“ return ”of the peninsula as interference in our internal affairs and an encroachment on our territorial integrity,” Balbek said.